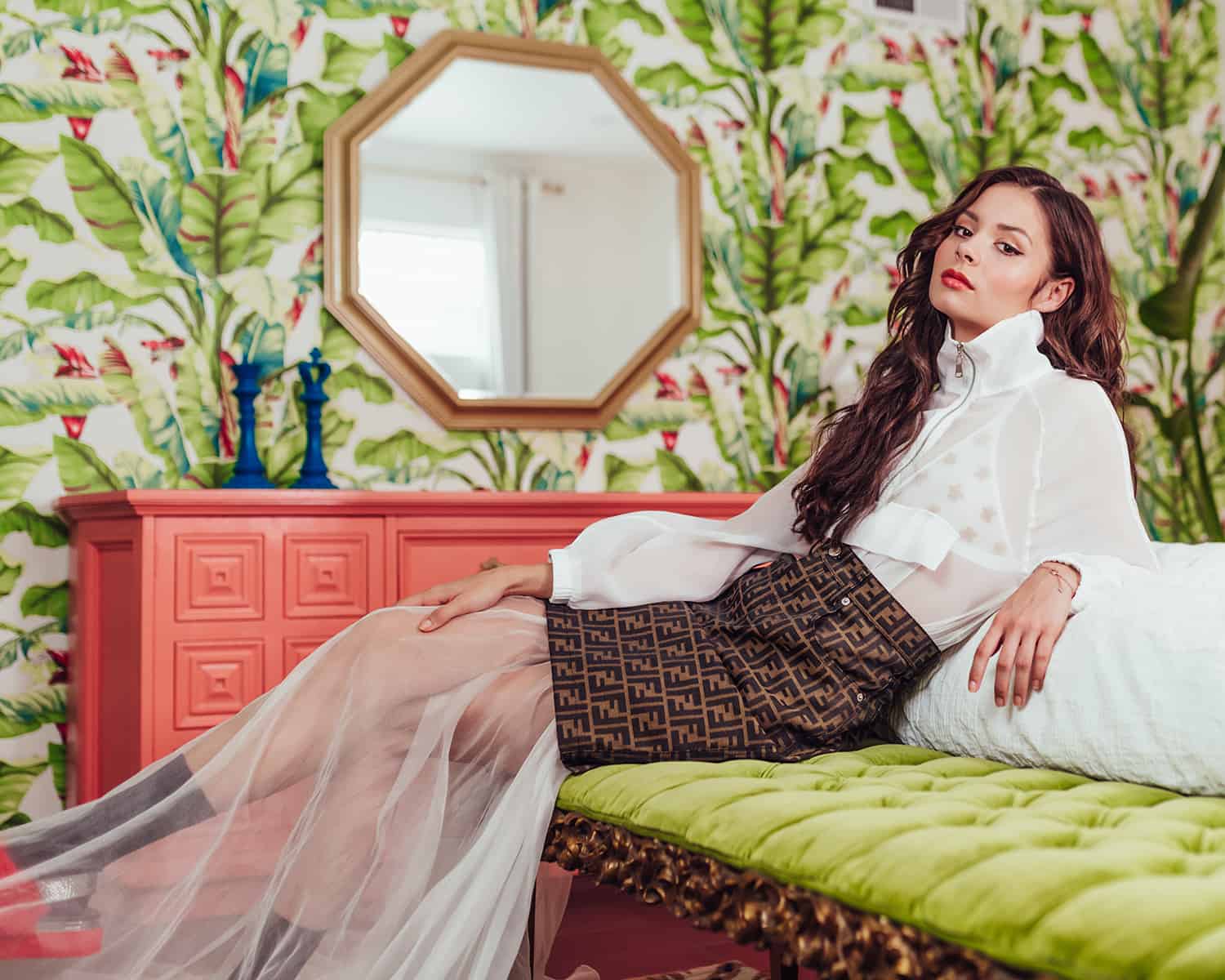 From school and beyond, we are taught how to deal with critical comments from others, but no one ever really teaches you how to deal with critical comments that come from yourself. And all that can really bruise you, till you’re, shall we say… Black and blue? Nina Nesbitt took to Instagram to debut “Black & Blue” a few days before it was released, with a quickfire video of hateful comments online about her over the years, and a comment by Nesbitt explaining the track.

The song is about being your own biggest hater, hence using these comments lol. it’s about the voice inside your head that makes you doubt yourself and question everything you do. I really feel like you can become your own worst enemy sometimes. it’s all about retraining your brain and the way you speak to yourself… which is very hard to do!

Even though the song dives into a rather sad truth about the human experience, it’s a nice change from the blanket of tracks out there that focus solely on other’s hatred-filled perspectives instead of your own. Apart from the interesting concept, there isn’t much else that “Black & Blue” can offer. The tune breezes over what sounds like a rather unstable condition, with lyrics that are relatively vague and don’t provide much solution or advice.

The track follows the Nina Nesbitt format: gentle instrumental intro, husky deep voice in the opening verse with scattered “ooh”s and “yeah”s, high notes debuted in the chorus as well as a more upbeat tempo, some vocal range and layering in the second chorus and bridge. If not released as a single, it would probably have gotten lost amongst the tracklist. It is, however, a bold and interesting step. We’ve all got that voice inside our heads that beat us up and makes us believe we aren’t good enough. Nesbitt’s songwriting talent has been founded on honesty ever since her debut tracks back in 2012, and her relatively gold stars tend to come in the forms of territories unexplored.

“Black & Blue” is set to appear on the deluxe edition of her second studio album. The extended record, titled The Sun Will Come Up, The Seasons Will Change & The Flowers Will Fall is set to be released in mid-November and will include a couple of other new tracks as well as an acoustic version of the entire album.