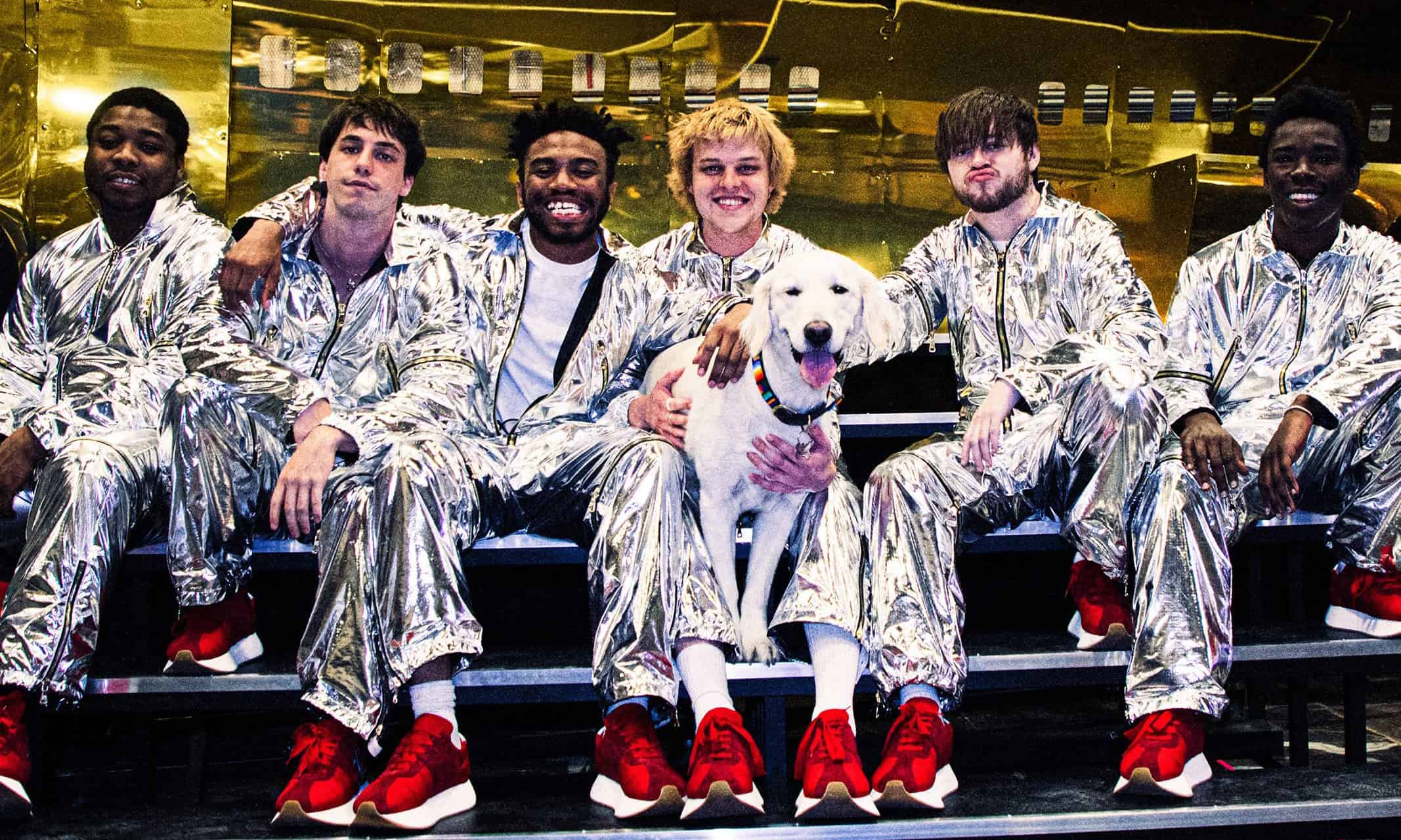 Hip-hop’s answer to a boy band, Brockhampton, formed in 2015 have surpassed the stereotype but owned the boy band classification. Known for their left-of-field trap bangers like “Gold” and “Boogie” and for openly representing a homosexual community, a somewhat taboo subject across aged hip-hop, the group has challenged the boundaries of genres sonically and culturally.

Recently, hard-hitting turbulence struck the group in 2018 as a front runner of the band, Ameer Vann, left the group due to sexual misconduct allegations. Following this, their 2018 album Iridescence felt like an emotional backlash to the situation, more reaction than reflection. Having taken almost a year away though, the group return with their sixth studio album, Ginger, and straight away we hear the perspective change the opening track.

“No Halo” offers the calm, yet, passionate delivery of a Kid Cudi-esque ballad. The arpeggiated guitar chords set a mellow tone and the overdubbed vocals from Deb Nover on the hook add a depth of emotion whilst lo-fi trap drums march through the track.

Throughout the verses, the rappers express their feelings of confusion and betrayal surrounding the Ameer Vann incident but come across calmer and more meditative than previously. Religion and faith even seem to run thought-out the lyric, playing the part of a coping mechanism for the group, although they still touch on the depressive and difficult feelings they have from the situation.

Brockhampton manages to pull off a somewhat poppy RnB hit-like track but retain a kind of integrity throughout the performance and arrangement of the track; all the emotion without the overstated delivery. “No Halo” offers an introspective, deep look into the group’s outlook on their recent conflicts and is a perfect foundation for the album that it heads.