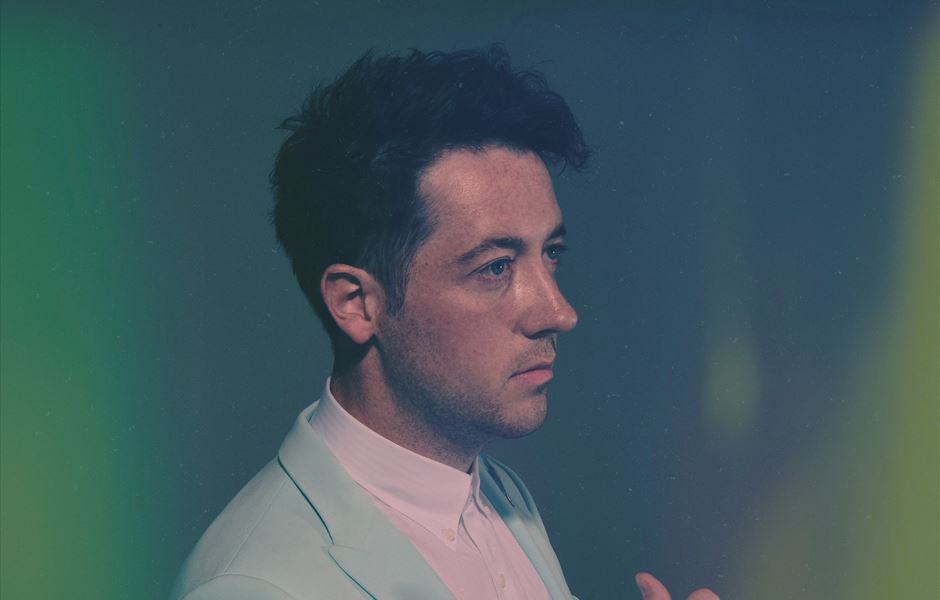 The Wombats remain one of the only English indie bands to emerge in the early 2000s who’ve managed to retain their exuberance, individuality, and artistry across their discography. Thanks to streaming services such as Spotify, alongside continuing to amaze their early fans, The Wombats are inspiring a new generation of tracks with their delightfully anthemic tracks. Having played the iconic Wembley arena this February, it’s perhaps a surprise that Wombats frontman Matthew Murphy has branched off with Love Fame Tragedy. Although, the palpable atmosphere, drenched in euphoric excitement, that filled London’s Moth Club immediately reassured any doubts that the solo project was a misjudged move.

Before Love Fame Tragedy descended on the Moth Club, it was up to fast-rising Manchester quartet Larkins to warm up the crowd. Having played their own 2,200 capacity show at Manchester’s Albert Hall already their year, the talented four piece’s energy spirited performance seemingly almost overpowered the Moth Club’s surprisingly small stage. An early highlight came in the form of a performance of their new track “Not Enough Love,” with the track’s soaring synths whipping the enthralled crowd into a ravenous frenzy.

Larkins then toned their energy for “Pieces,” which highlighted Josh Noble’s absorbing vocal performance and saw Noble pick up an acoustic guitar in favor of his electric. The stripped-down performance allowed the Larkin’s stunning lyricism to shine through in a blazingly bright fashion. While, also allowing Josh Noble’s almost haunting vocal infection to come to the forefront, unveiling a whole other layer of emotion. To close their set, Larkins launched into their much-loved tracks “TV Dream” and “Something Beautiful” with an unparalleled dynamism. Their newly amped up energy was more than reciprocated by the intimate crowd, providing the perfect close to the Larkins sensational set.

After a short wait, following an unbelievably loud roar of excitement, Love Fame Tragedy descended upon the stage with a knock-out performance of “Backflip.” The track’s killer hook was warmly received by fans, with an array of fans joining in a harmonious echo to shout the chorus back to Murph. Following the unreleased and intriguing “Hardcore,” the band launched into “Body Parts,” another unreleased track. “Body Parts” provided Murph’s accompanying band with their first real opportunity to deliver and they more than delivered.

On “Body Parts” the drummer played with such a spirited intensity that it would’ve have been ridiculous to assume that the walls were seconds from caving in. Murph’s band increased in number for “Brand New Brain,” with Gus from indie icons alt-j joining in. At the start, the band restrained their energy, beautifully highlighting the track’s stirring lyricism, but by the end, the track was propelled by an exhilaratingly powerful energy that brought a whole new intriguing dimension to the track.

As the set progressed, Love Fame Tragedy unearthed more unreleased material, evidence the wide range of style was experimenting with on the project. Haunting piano ballad “Everything Affects Me” showed that Murph’s lyricism is still able to resonate with generational anxieties and uncertainties in a way most songwriters can’t. While, the charmingly romantic and jovially jestful track “Please Don’t Murder Me,” written as an ode to his wife, proved that the whimsical sensibility, first uncovered on The Wombats’ debut record, is still ever-present within Murph’s lyricism.

As the night drew to a close, Love Fame Tragedy launched into the intoxicating engaging “Pills” and their debut track “My Cheating Heart.” The latter especially was greeted with rapturous screams, providing a perfect ending to the night. The evening itself was delightful in its own right, but also served to whet fan’s appetite for future Love Fame Tragedy releases, that’ll undoubtedly see performed in venues far exceeding the capacity of the Moth Club.