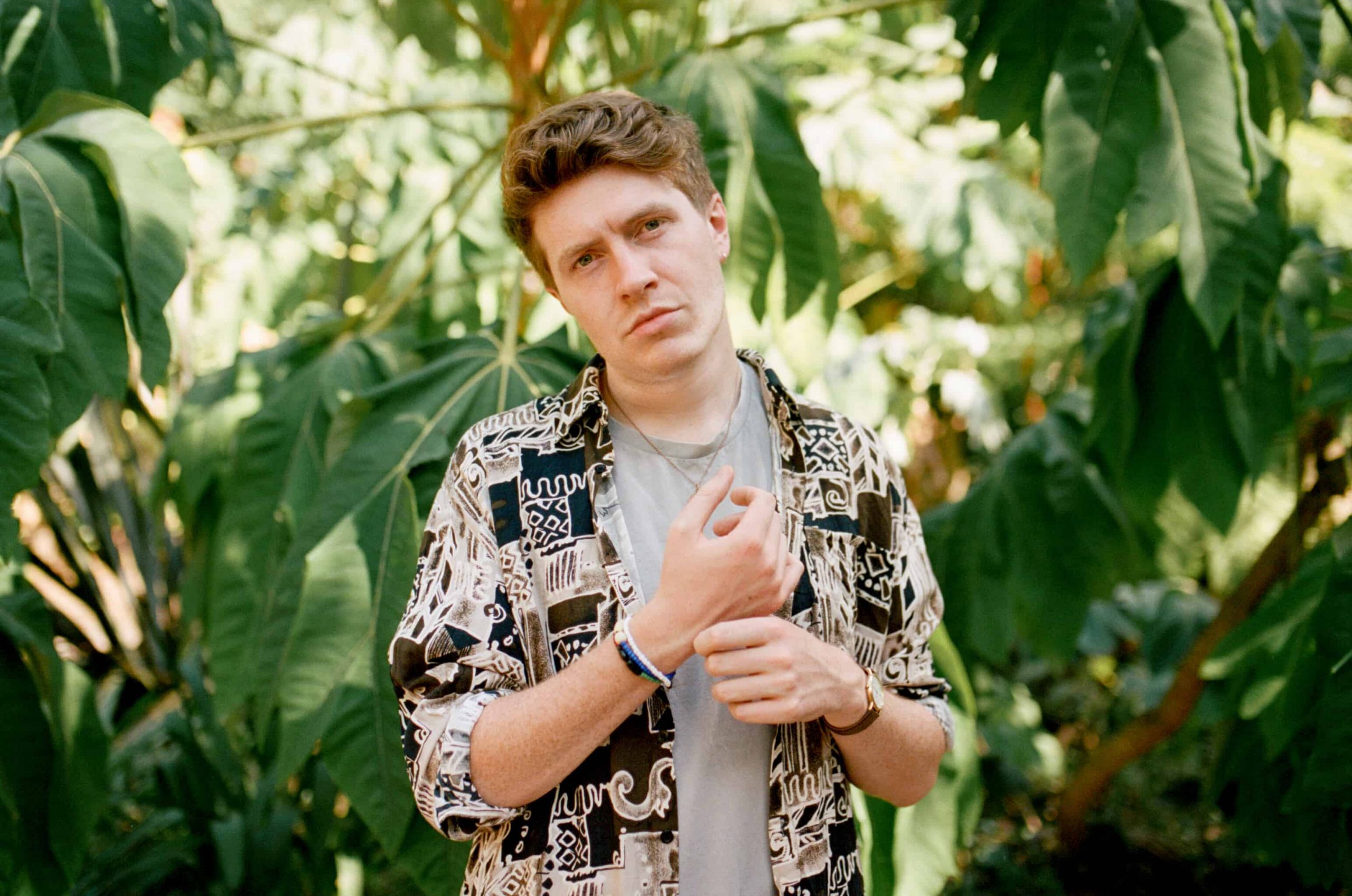 Having penned tracks for British stars such Zayn Malik, Little Mix and Ray BLK, singer-songwriter Plested stepped out into the spotlight last year by releasing his own music.

Since then, he’s opened for the likes of Alec Benjamin, Nina Nesbitt, Maisie Peters and Calum Scott, as well as setting off on his own European tour this spring.

We had a chat with Plested about his new single, artwork concepts, hitting 1m monthly listeners and what’s next.

“Either You Love Me Or You Don’t” is such a banger. What’s the story behind that track?
I wrote this song with a few of my absolute best buds, which allowed me to be completely open about the fact I had found myself in a massively deep friend zone! So we basically went about the task to write the ultimate friend zone anthem for anyone out there, who needs to know someone else is going through the same struggle.
Although it’s becoming increasingly common releasing a project, as opposed to an EP, as your first body of work still isn’t the done thing. What was the thought process behind the release of First and Foremost?
I spent my 2018 releasing as much music as possible and the reaction from my fans was crazy and unexpected. So I thought of wrapping it all up with a bow and a couple of new songs, it would give people a little picnic of songs they could take around with them. It also turned 2018 into the perfect first chapter of Plested! And as an artist, the feeling of picking and choosing a tracklist for an album/project/EP is magical!!
Your artwork commonly features multiple versions of yourself; what does that signify to you?
I mean although I actually went to art school once upon a time, I won’t get too conceptual with it. I just like the fact it’s layered, a little messy and rough around the edges, a lot like my music and my personality.
You’ve just hit 1 million monthly listeners. Did you expect to be hitting such a big number?
I still refresh that number every 5 minutes to check it’s not a glitch. I remember being happy when I had 1000 monthly listeners, so nope, never expected!

Speaking of streaming, what artists are you currently listening to the most?
Bon Iver’s new album is taking up 99% of my time. But I’ll always sneak in some Adam Melchor, Maisie Peters and Lewis Capaldi.
In the Music Industry, the emphasis on live performances to make money is ever-increasing, leading to songwriters not being compensated as fairly as before. From your perspective, as both a songwriter and artist, what are your thoughts on that?
This is a tricky one, the lines are very blurred in the industry regarding songwriter pay. And I see both sides of the argument. But the bottom line for me is that unless something changes and songwriters are paid what they deserve, the profession is going to be impossible to make a career out of. I’ve seen a lot of writers throw in the towel due to money and it’s just so sad that there is so much money elsewhere in the industry being made from the writers and their art.
What’s the biggest misconception from friends/family about what you do?
Honestly, my friends and family are very supportive and clued up on what I do now, which is amazing. Though sometimes I’ll go to a party and be told numerous times that “I have it easy”, which when you count the hours I’ve put into this career, is not true!!!
You’ve got your UK headline tour coming up this October, what do you want people to take away and experience at your gigs?
To be honest I just want everyone to feel welcome and at home with me and my songs. I’m just a normal guy, I’m not perfect and I’ll probably mess up a line or two, but we’re all friends and we all love sharing our feelings! So let’s get cosy.
Finally, what’s next for you?
I have my next batch of songs fresh out the oven, ready and raring to go. I post clues and lyrics every now and then so keep an eye out! Plus I just dropped merch on my website. Plested Fashion is a go. I illustrate and post my drawings a lot so decided to put them onto some clothing!
Start typing to see results or hit ESC to close
new music music interviews Interviews interview music video
See all results