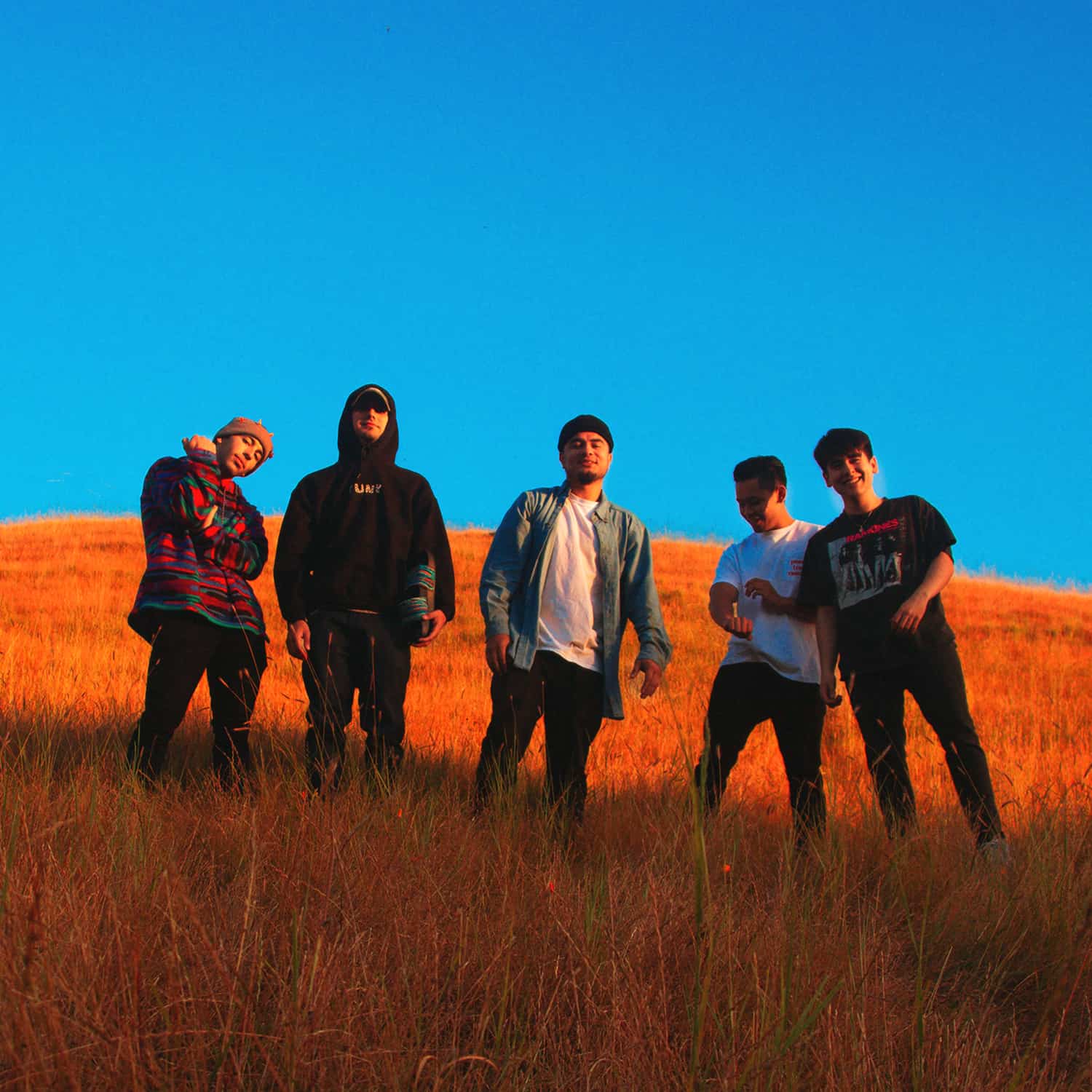 Peach Tree Rascals are a collective based out of California’s Bay Area who have been releasing music together since 2018. Comprised of creative director Jorge Olazaba, producer and mixer Dominic Pizano, alongside rappers and singers Issac Pech, Tarrek Abdel-Khaliq & Joseph Barros, the collective have just released a new single “Mariposa,” alongside an accompanying music video which was filmed around Yosemite National Park.

We had a chat with Peach Tree Rascals about all things “Mariposa,” songwriting, the group’s plans for the rest of 2019 and more.

You all went to high school together in the Bay. What do you think drew each of you to one another to start making music and art as Peach Tree Rascals?
Dominic: As corny as it sounds, we all had a passion for making music that was different and showcased our personalities and what we felt, rather than following a trend. It was pure luck that all of our personal backgrounds and stories somehow fell into line to make this group and sound. I think we’ve done a good job of blending our personal tastes into the songs. In the music we’ve put out, and the music to come – you can hear influences from artists from all eras. That’s the great part about music now, you don’t have to follow a trend and people resonate because the sound is real and like the emotions kids our age are actually feeling.

You’ve said before that Yosemite plays a large part in your “creative muse”. How would you describe the energy at Yosemite and how it makes you feel?
Joseph: There’s this sense of freedom we get from being in Yosemite for periods of time. I feel like it translates well into the way we create our sound. The energy we get from Yosemite is like no other, and it radiates throughout our music. The ability to recapture the feelings or moments we’ve had in Yosemite through music is a beautiful thing to be apart of. In a way, Yosemite helps us stay connected with ourselves and is considered as a second home.

Why did you choose clouds to be on the single artwork for your new song “Mariposa”?
Jorge: I really wanted the cover to look like the sky in toy story. Whenever I hear the song, the sounds make me feel nostalgic and I wanted to try and capture that! What better way than to emulate almost everyone’s favorite childhood movie? 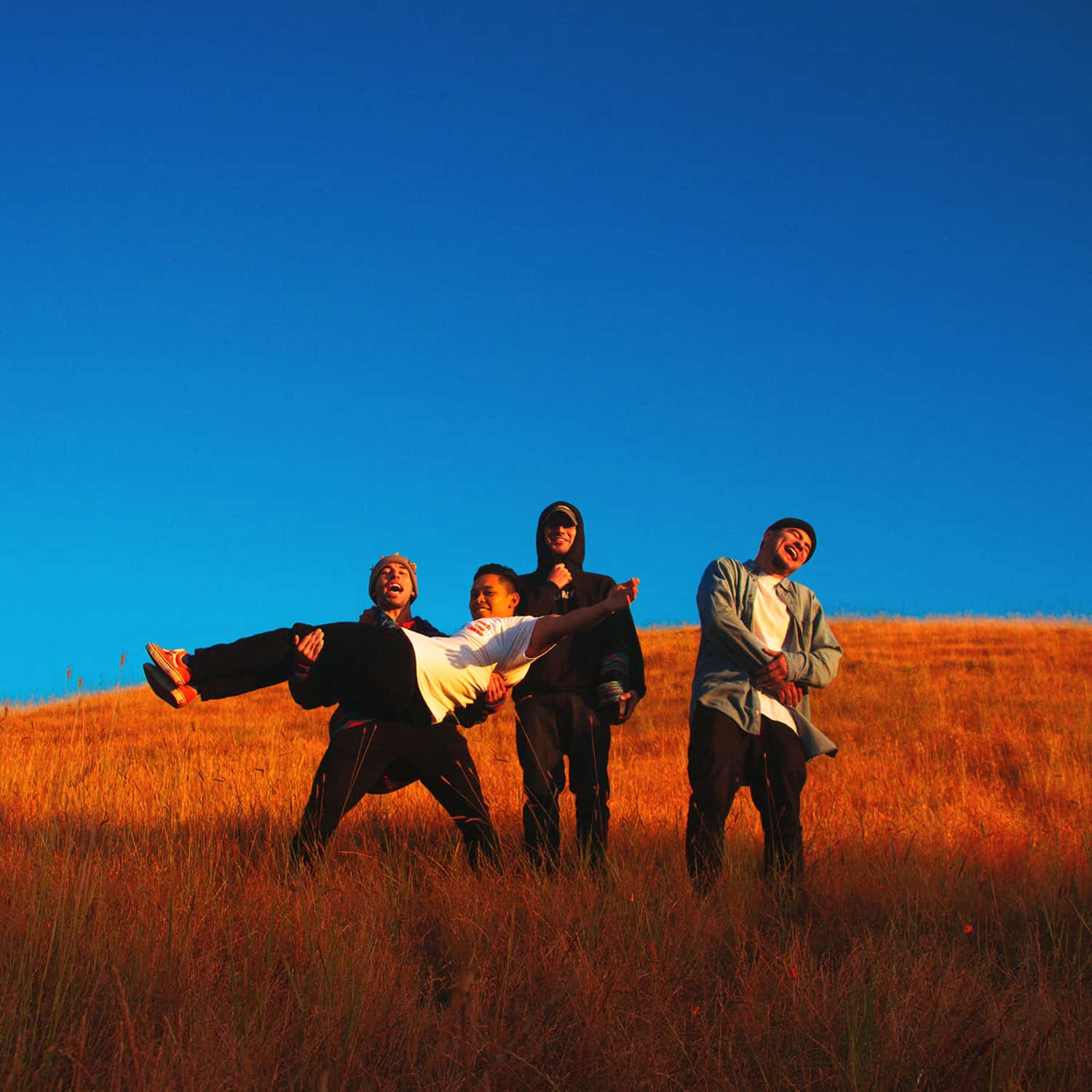 The use of the color blue in the “Mariposa” video stood out to me – whether it was the different blues from the sky or from blue contrast lighting. Is there a meaning behind the specific colors you chose to use in the video?
Jorge: The blue tones throughout the video changed frequently because of the lyrics’ emotion. If you listen to what the guys are saying, it can change from very happy to very sad. I wanted the blues to reflect the meaning and emotions you might get from the song. Of course, all of this is subjective. All these feelings and emotions I displayed in the video are what I visualized when listening to the song. It could be way different for you. Blues can be beautiful, joyful and hopeful like the sky on the single cover, or bright blue shots early on in the video – or dark like the second half of the video to emulate sadness.

In terms of songwriting, what song are you most proud of having written?
Issac: I’m most proud of “Mariposa” and “Someday,” everyone’s parts intertwine so well on those, and the confidence we felt after having made those songs was on a different level. It’s satisfying to know that the initial feeling we had was right. Plus also gets an honorable mention in terms of songwriting, there’s a lot to unpack throughout that one.

As a collective, who are each of your artistic or musical heroes and why?
Issac: That’s tough. I think I can speak for everyone when I say we’re inspired most by people that push boundaries regardless of what field they’re working in. I’m inspired by good people as well as all of the artists that made what we’re doing right now as independent artists, possible.

Frank, Kendrick and Kanye are my personal goats though.

For fans who are just getting into your music, what do you want them to know?
Tarrek: We work on music with the mentality of trying to make something great. Sometimes it gets the best of us and we’ll overthink songs and ideas but we always figure it out in the end. We don’t focus on what kind of genre we are, we just create. We’re always ourselves when we work and when Dom isn’t spanking us with a belt, we’re having fun. There was this one time when Dom spanked me so hard it left a scar on my bum bum to this day and sometimes when I’m asleep the pain comes back and I can see his face in my dreams and when I wake up I’m actually in the shed still getting spanked. Love my fans!

What can we expect from Peach Tree Rascals for the rest of the year?
Joseph: We’ve got a few exciting drops rolling out the rest of this year…but it’s a surprise. We’re excited to get on the road soon and to roll out some of the other creative assets developed by Jorge too!