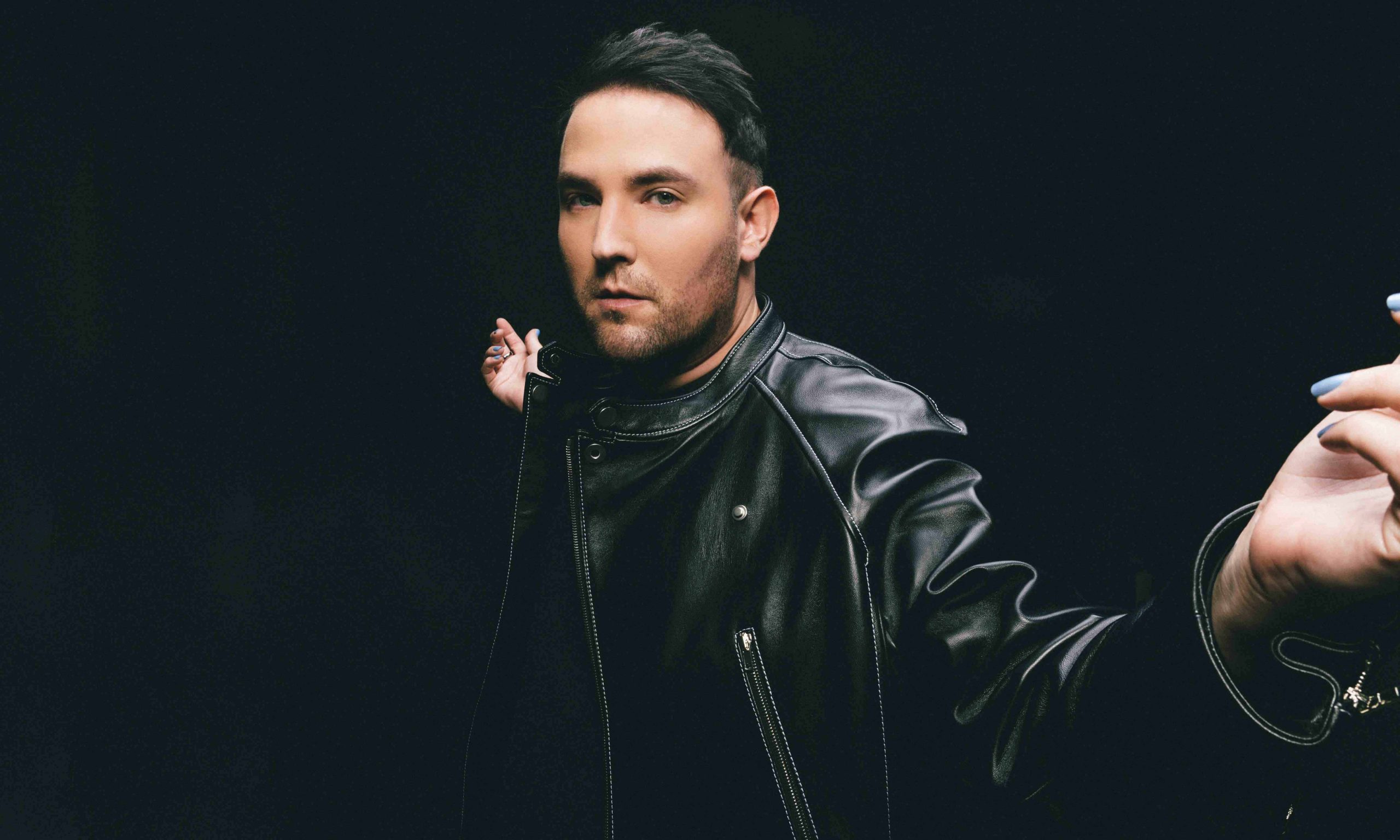 Alternative pop artist morgxn is, by nature, an encourager. During our conversation, he shares that “I think sometimes, honestly, we all need a little encouragement. I think my music is in public and I’m sharing these pieces of me. But I also come from a life where I was told to keep quiet and told that if I stood out that I would be hurt and I would be made fun of. And I was. I went through all of that. I was bullied for the way that I looked, the way that I dressed, the way that I talked, the way that I sang. And then I made a choice rather than pretend that that’s not a part of me I’ve made a choice to embrace that part of me and share that part of me. But I think we all need encouragement we all deserve.”

He has been encouraging his fans for the last few years with his music and his portrayal of inclusion that exists for everybody who feels outcast, cornered and shadowed, and has thrust them into the spotlight with his latest single “A New Way.” His music has produced several hit singles including his collaboration with Janelle Kroll’s single “Loose,” his single “Home” featuring Walk the Moon, along with a re-recording of his own single in 2016.

morgxn is currently on tour, and you can find tickets for his shows here.

You have a new single out called “A New Way.” What was the filming process like working on the music video?
morgxn: Well it’s interesting, you know something that I’ve found to be important for me since I started putting out music, at first it was, I didn’t see a lot of it happening. I wanted to include a sense of community in the work that I’m making, as opposed to sort of just dropping a pin in a story and just feeling like you’re sort of taking something that doesn’t belong to you because it seems interesting.

The first video I put out I was really inspired by Robert Mapplethorpe, and I read Patti Smith’s book Just Kids and I just got really obsessed with Robert Mapplethorpe and this artist who pushed boundaries within himself and within a community at a time. That’s a dream of mine that feels kind of lost in 2019. That’s how I started making videos was that I wanted to showcase a community. Then when I got to the first home video, that was between me and the director, we both left home, we both went on a journey of finding ourselves,  but it was sort of like this boy that was cast in the video, he was the cousin of the drag mother in the video. So it almost felt like a documentary rather than a music video, and I like things to feel like my life.

So “A New Way” video that’s half the people. My roommate is in it, the guy that designs all of my t-shirts, he’s in it; friends of my creative team at the label. We pulled together an interesting roster, if you will, of artists across all kinds of mediums. One of them runs a program like unleashing your wildest self through dance and through movement. It was like I wanted a new way to feel like these are a class of people, like a class of modern-day superheroes creating a new way within the world.

It’s also like inclusion seems to be en vogue in a way but I have always felt like I was an outsider. Like even in the inside I feel like I’m an outsider. The kind of video that I wanted to make involves a community of people of which I’m a part of which are you could say, I don’t want to say fringe because it has a negative quality but it’s like we exist on the outside but we exist boldly. Especially when you are talking to someone from the South, you know that you don’t grow up that way. You don’t grow up getting to know that the outside is where you get to thrive.

How did you get involved with GLAAD? Did they come to you or did you come to them?
morgxn: We came to them with the idea of sharing the video through GLAAD because of the work that they do that aligns with some of the work that I think, especially in today’s political climate, I just think that GLAAD, and Planned Parenthood, and The Trevor Project, these are some organizations that are doing vital work. They are trying to hold on and create a new way in spite of insurmountable odds.

Speaking of your tour and performing live what creative satisfaction do you get from performing live? Because you come from a theater background so its inherently in you.
morgxn: I went on a really long journey of almost learning how to be in the studio. Like learning how to sing on the mic. All of those things that just took hundreds of songs and hundreds of hours of being in the studio with nobody telling me what to do. On stage is really the place that I think that it all connects and all comes together. It’s like where a song like “Carry the Weight,” I’ve talked about that I wrote the song inspired in part by the first Women’s March, but I also wrote it at a time in my life where I really needed the help to carry the weight and to keep carrying the weight. That life has taken on a life of its own. There are people that ask me almost at every show to write that lyric down and they tattoo it. Its something that I think the record is cool but live has taken on a life of its own.

That is fantastic. They actually get tattoos of your lyrics. How self-satisfying does that make you feel?
morgxn: The self-satisfying; it’s honestly if you can picture, and there’s a video coming out tomorrow, but if you can picture the passionate, chubby, awkward, but full of life nine-year-old, who stood outside of every school group and was just like hurt because he was constantly rejected by the norm. To have somebody tattoo a piece of your heart on their body is something I can’t put into words.

I think when I put out “Vital” it was a really huge chapter in my life and it was something that honestly spans several years and included losing my father and it was this big part of my heart and my life. And I truly did not know what it would be like to actually put it out there and speak about it, and to hear people talk to me about the songs. It was just such a large chapter in my life that to have people connect to it is the greatest thing in the world.

Let’s go back a little bit. What are your earliest memories forming your love of music? When did you know that performing music was going to be your lifelong dream?
morgxn: Wow, if you ask my Mom she would say that I was singing before I could talk, and that is true before I could make sentences I could carry a melody. There’s a drawing that hangs over my childhood piano still, where I’m 3 years old where it must have been a preschool activity where they asked you to draw what you want to be when you get older. And the teacher must have come around and asked “What did you draw,” so above this really childish drawing is the words “When I get bigger I want to be a singer.” And the drawing is this really lovely effort of this 3-year-old to draw a person and a microphone. That is very clear. I think I’m still figuring out if I can turn my dream into reality. It’s still to this day a dream I’m trying to create.

Something that has just, that popped into my head that I like sharing things that haven’t shared because I like Euphoria and I wanted to feel the same. I remember that when I was 9 I auditioned for a play in Nashville that they were doing. It was a professional play. And it was Oliver’s so they needed kids. And that play I ended up getting and it was like every kid in that cast was a professional and I was, honest to God, just a fat kid who loved to sing. I got it and then I got out of school. I got to miss school half the day and that was probably why I loved it so much.

You’ve had quite a few collaborations, which one has been your most memorable?
morgxn: I turned to collaboration like water; I love to co-create. If we had hours I would go into all the other things on co-creating at this moment, but if I’m specifically asked what jumps to my head it would have to be the version of “Blue” the song that I did with Nick from Walk the Moon. Because to sing in such tight harmony with another man, in a commercial setting…it’s still not something that I see enough of. I love to throw out sexuality and I love to throw out everything else and just to say to see two men sing together is vital. And especially not singing about grabbing butts and grabbing drugs, its like sing about love with the tenderest of hearts and with nothing around it except for a piano and strings. You just don’t see it enough.

Who is your bucket list collaboration?
morgxn: Well right now since I could probably get him to read this, is that I want to do something with Billy Eisner. I know he is working on some film projects and I want to throw my hat in there to write music for whatever story he is trying to create.