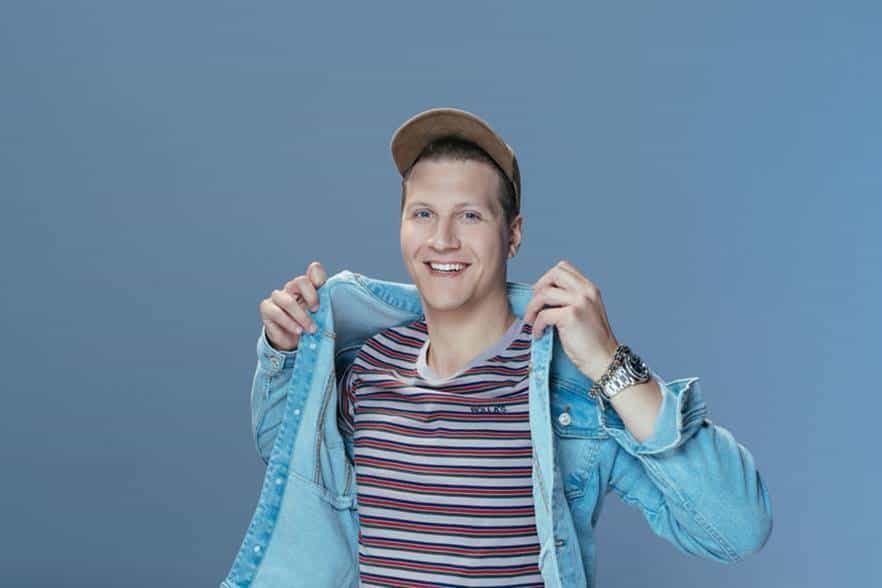 Matoma is probably the most positive person you’ll ever meet in the music industry. Over the past few years, Tom Lagergren’s infectious rhythms have soared him to the kind of EDM fame that most people would fear. His game-changing hit “Old Thing Back” didn’t only give new life to a Biggie classic, it also launched the career of the Norwegian DJ in the most prolific way.

A few years on, Matoma still has the spark. With a solid catalogue under his belt, including a record and a documentary, Matoma is ready to take on his next passion project and push the boundaries for what EDM needs to be. All whilst keeping his feet firmly on the ground.

Could you tell us a bit about how your music and how this all started?

I started music when I was 16 years old, after coming from a classical background. I played piano since I was seven. There was this documentary about Stargate music – they had moved to the US and NRK did a program about them. My dad recorded that television program and showed it to me. I got really inspired, and that’s when I decided I wanted to buy a computer and start to try to make music.

I did that for a couple of years, mostly as a hobby, but after being in the army I decided to pursue a musical career. So, I applied to for music school in Trondheim, for music production and technology. I started my career building there. I got a spot as a student DJ, and then things really stared to be fun. At that time I also spent a lot of time on Soundcloud, finding remixes and songs that other DJs didn’t play. That encouraged me to make my own page. I was around 23 when I started the Matoma project and started putting out music on Soundcloud. About a year later I got called by Atlantic Records and they wanted to sign me as an artist.

Your breakthrough came with “Old Thing Back”.  how did that feel, and how did it shape your career?

When I heard that [song] the first time, the original, I immediately felt that there was something special with the lyrics, and the beat wasn’t serving that justice. So, I found an acapella on the internet and just started to experiment with different sounds and melodies. That song was made in one night. The next morning I uploaded it to Soundcloud and the reaction was like – I immediately felt I had something special, but that it was that special I didn’t know until later.
Then Atlantic wanted to sign the song as an official single. That was when everything started for me.

A lot of what you do is seeing the hidden potential in songs as well?

Yes. I think I was really lucky. Now the whole Soundcloud area has collapsed. Not that many artists get picked up from Soundcloud streams anymore. The music scene is quite hard, so I think a lot of luck goes into it. A lot of hard work as well though. I didn’t release music for five years up until that because my productions and my music wasn’t special enough. I really wanted to distinguish myself. I spent a lot of time developing my sound and understanding the techniques of mixing and mastering. I wanted my songs to have a better dynamic, so when you pressed play on my Soundcloud it sounded like it came from Spotify.

Now you have a new single, “All Around the world”. Could you unpack that track for us?

That song is basically about joy and happiness all around the world. It was important to have a song that was transparent for people all over the world. When you hear it, it gives you that good vibe, it goes with your feelings about happiness. Everybody in the world is the same people and everybody is equal, and you can spread love and positivity wherever you are. That is the whole message of the song, travelling all around the world spreading love and positivity.

The second I heard @bryn.christopher’s incredible voice exploding in the chorus I knew this was going to be my song for the summer. I’ve been playing it at festivals literally all around the world for the past couple months and am now just so excited to get it out there! #allaroundtheworld available everywhere now, link in bio! ❤️

That is definitely a message that people in this day and age needs. There’s too much hostility.

Yeah. But Matoma is just all about spreading love and positivity, that’s my main mission. My main mission is to travel the world and to be the person I’m meant to be – to give people joy through that particular moment when I’m spreading the love through the music I make.

Your next project, Force of Nature, is supposed to be in different instalments. Could you tell us how that works practically, and what the idea behind it is?

I really want to distinguish myself from other mixtapes and other DJs and I love nature so Force of Nature kinda popped up in my head. Travelling to different places and seeing new kinds of scenery and nature, especially Norwegian nature, to hike and be inspired by trees and fjords and mountains – it’s special. I spend a lot of my time on planes and in hotel rooms, and it really is taking my energy away from me. I hate it. To have the confidence to be out in nature, to land, and have your girlfriend with you, just feeling the fresh air, that is my inspiration. That recharge my batteries.

How do you work to progress on your sound?

I always try to push my sound in a new and exciting direction. I really don’t like making music where every song sounds the same. I think you can really hear that with my music. Humans are made of curiosity and if you are redoing the same song over and over again for 5 years, people will grow tired of it. So I’ve always loved experimenting and pushing my sound to new places and limits.

I guess there is a certain demand for progression as well?

Yes, at least for me. I would have grown tired of making the same thing. I need to feel that there is something exciting and something new that I am creating.

Your music has this really positive energy about it, which also seem integral to how you work. How do you integrate that positivity into your work, even when brushing on topics that can be more gloomy?

I think it’s mostly just who I am and what I stand for, what my heart tells me to do. I am a very positive person. Of course I have my bad days where I cry on my girlfriend’s shoulder and she comforts me, but I feel like the message I want to spread through my music is positivity. I kinda like the happy uplifting positivity tunes where, when you put it on you put a smile on your face and you really kick-start the day.

How has it been since your debut, has expectations lifted or has it let you explore your music differently?

I’m can be so honest with you that I say that after All Night I had very high expectations of my music. I had a lot of pressure from the label, so I had a lot of pressure from myself to deliver a hit. I wanted to get to the same level of success on a song. After two years of releasing music, I’ve just ended up in a comfortable place. If I feel like if a song can change a person’s day in any positive way, I’m happy. I think artists today are so competitive that they end up losing themselves in a struggle where they are seeking fame and success. For me, my success is “this is what I can do every day”. I can do the one thing that I love to do every single day, and I can be inspired and travel the world and meeting people that tells me that the music I make is something that they’ve fallen in love with or have feelings for. They can look me in the eye and say you changed my day because you released that song. That is the whole purpose of music. If a song has millions of streams on Spotify, that’s great, but that number doesn’t indicate whether that song has changed a person’s life.

I’ve never been in a more relaxed and comfortable place, just because I’ve satisfies myself with the thought of just making music because it’s what I love to do, not because I’m pursuing a 500 million stream on Spotify or want a radio hit. I’ve had that. Did it make me more happy? No. Did it help my career? Yes, but I would still be able to make music without. Was it a game changer for happiness in my life? Hell on. What makes a person happy is spending time and sharing moments with your friends and family and to live your life the way you want to live it, without anyone telling you what to do. That is something I feel that I have achieved over the last year.