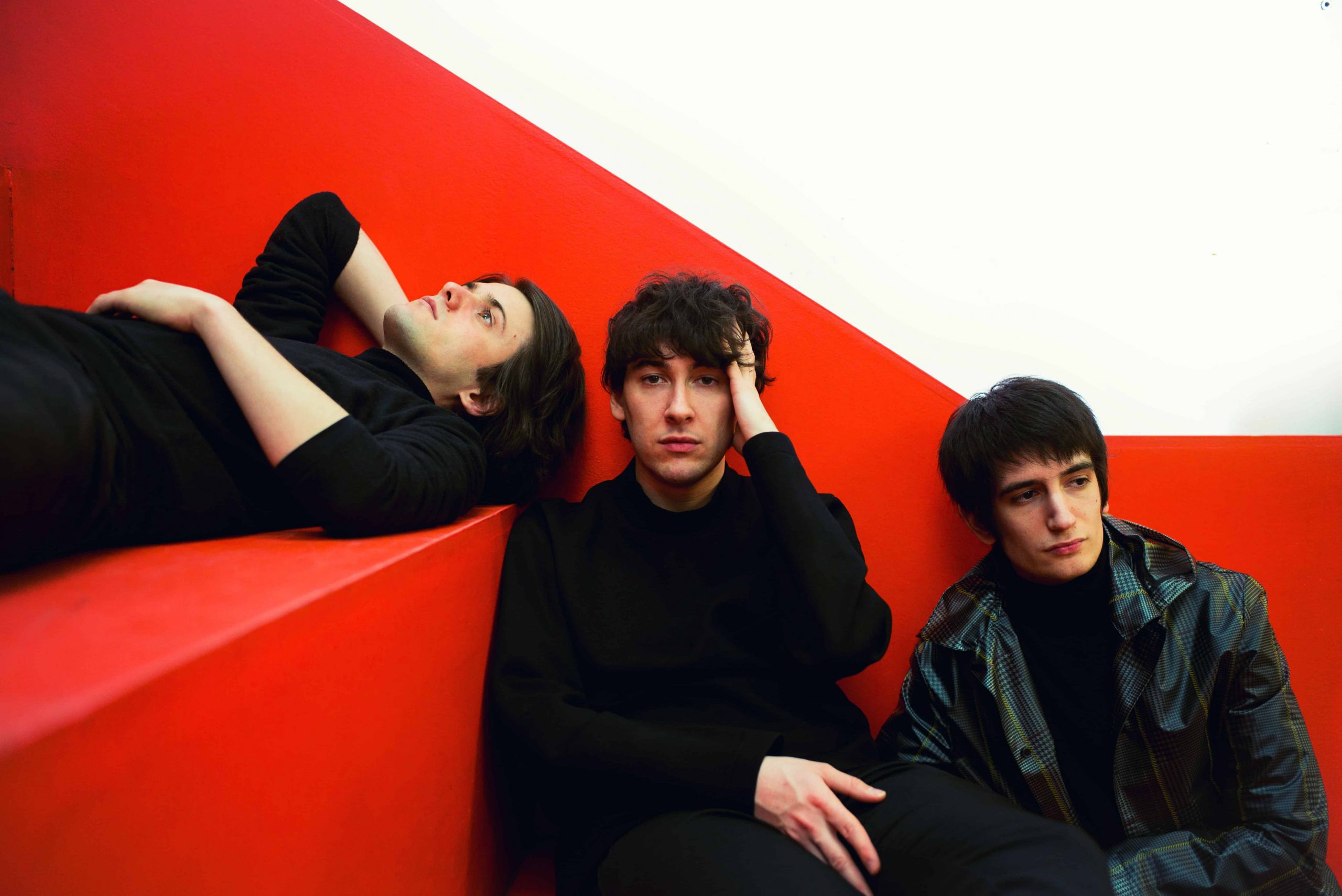 If you’re looking for an audial breath of fresh air, Husky Loops are the band to listen to. The forward-thinking trio – made up of Danio Forni (vocals/guitar/production), Pietro Garrone (drums) and Tommaso Medica (bass) – originally hails from Italy but have made roots in South East London for the past few years.

Not wanting to be confined to one genre, Husky Loops have been releasing unique, experimental music – variations of rock – culminating in their debut album I Can’t Even Speak English this September.

We spoke with Danio about the contrast between the album’s music and lyrics, the playlist that gets them in the zone before a gig, and never copying trends.

You’ve just released your debut album I Can’t Even Speak English. How has the reception been so far?

Yeah great! I think people are getting the concept which is great. Positive energy.

Talk us through some of the main emotions and topics you cover on the album.

To me, every song is about relationships. Relationships between partners, lovers, friends, strangers. I say “to me” because I really want people to interpret each song their own way.

The music is quite in your face and cold at times but most of the lyrics are about intimacy, even a song like “Fuck Me Naturally” started from a place of intimacy. I talked a lot about miscommunication and confusion in this record, which is the reason why many reviews called it a “political” album. I am quite happy about that actually because I wanted to release something modern that represented modern life in 2019. 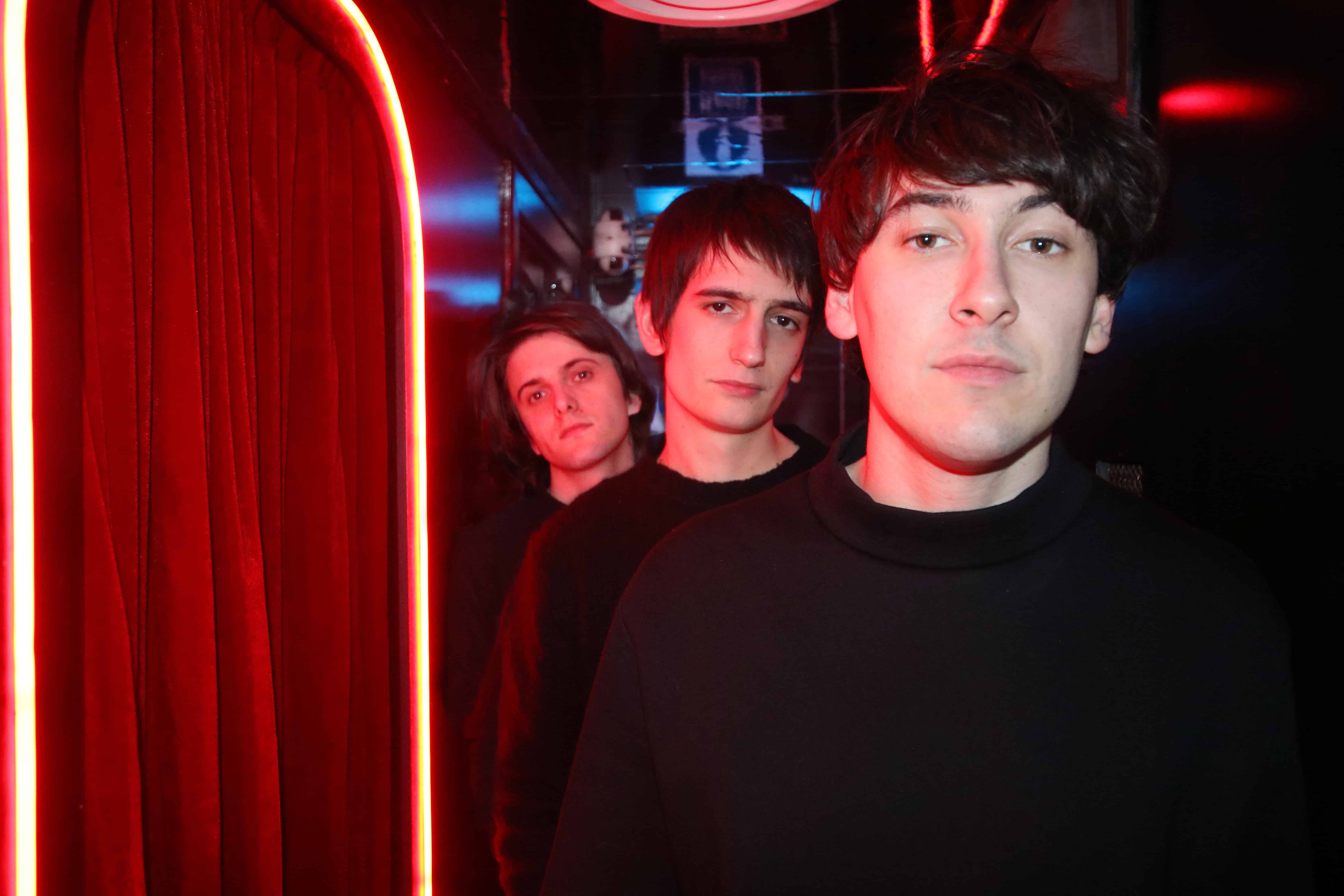 The music video for “I Think You’re Wonderful” is so cool. What was the inspiration behind that concept?

Well, a big part of the campaign for this album is about making people participate in the creative process and we played a lot with the concept of transforming the fans into the artist.

The album artwork is totally customisable, it’s a white canvas that comes with a marker attached to it (but we encourage fans to do everything they want with it). So we thought the video for “Think You’re Wonderful” should be the same and we asked fans and friends to draw what they felt on an iPad while listening to the song for the first time. The entire video is created by them.

You’ve got a UK and Europe tour this October. Your live shows are filled with so much energy. How do you get in the zone?

We have this playlist called “HUSKY MOVES” on Spotify, that fans can access too, we put that on and pretty much that helps to get in the zone. It’s a bunch of songs that make us want to be on a stage and perform. [It] triggers inner energy.

What are your favourite songs to play live and why?

It literally changes every time; it depends on the crowd. The best songs are the ones that the crowds react the most to, and every crowd is different.

You don’t see yourselves as a normal rock band, let alone tie a genre to your sound. Your sound is so unique and each track on the album is pretty eclectic – where do you draw musical inspiration from?

Inspiration comes from everything, mostly real life. We listen to a lot of music, different kinds, we’re very open-minded. It’s hard to understand where inspiration comes from because for me it’s always so sudden, it just happens. It can be someone else’s song, a moment, the light of the day, a general idea for a new arrangement. We just tend to play what we like and that seems to work. There’s no copying or following trends or doing what someone else does.

Catch Husky Loops on their U.K. tour from 9th October.