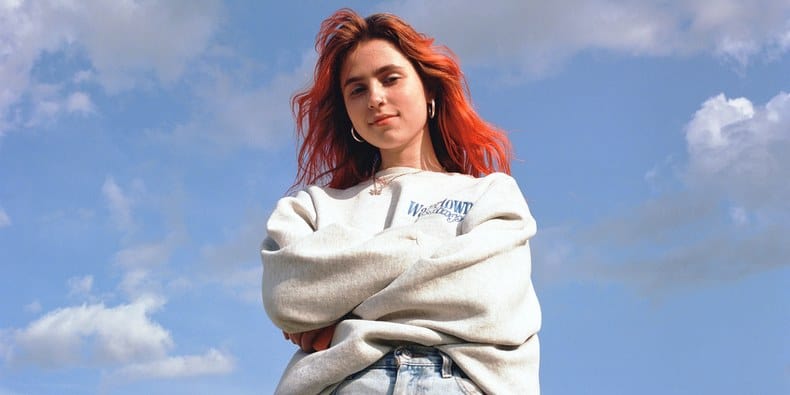 Mura Masa – I Don’t Think I Can Do This Again (ft. Clairo)

Mura Masa’s 2017 debut self-titled album was as strong as a debut album from an electronic music producer could possibly be. It was praised by critics, loved by fans, and further highlighted Mura Masa as an essential name in the electronic/house music world. How, then, do you return from hiatus and tease your sophomore record when your debut was nominated for a Grammy and featured unbeatable names such as Charli XCX, Christine and the Queens, A$AP Rocky, and Damon Albarn?

You kick off the campaign with a song that not only features music’s hottest new voice, Clairo, but also samples Television, one of the best and most classic rock bands in the history of music.

To say “I Don’t Think I Can Do This Again” was the perfect lead single to stir up excitement for Mura Masa’s second album is an understatement. Its opening notes, featuring only a guitar and Clairo’s voice, surprise the listener and ask you to expect the unexpected. Clairo serves as the perfect companion on the track, with her soft and sentimental voice conveying a deep level of truth and emotion from the first question she asks. And unsurprisingly, she’s just as good when the beat drops in the chorus and her modulated voice takes over, serving as the perfect harmony to her unmodulated vocals.

Rock is a new genre for Mura Masa, indicating a sonic metamorphosis on the horizon for the artist, and to first step into this world by sampling Television’s “1880 or So” is ambitious, and absolutely the right move. If you’re going to do this, might as well start by referencing the greats. The sample also grounds the song, giving the listener something familiar to hold onto as they get to know Mura Masa’s new sound. By the time the outro comes up and the song is sonically deconstructed, guitars sound as natural as bass drops and fantastic features on Mura Masa tracks. “I Don’t Think I Can Do This Again” is a bold and welcome change for Mura Masa, one which leaves the door pretty much wide open for him to explore different sounds and genres on LP2, and leaves us eager to see what he’ll come up with next.

The music video for “I Don’t Think I Can Do This Again,” features a red-haired Clairo singing in a car as potentially mundane moments in the lives of the youth around her are modulated, visually twisted. It disrupts stunning sceneries, moments, and people, but ends up creating something a lot more interesting and compelling than what the scenes would have looked like without the changes. Much like the world, and now electronic and rock music would be a lot less interesting without Mura Masa in it.