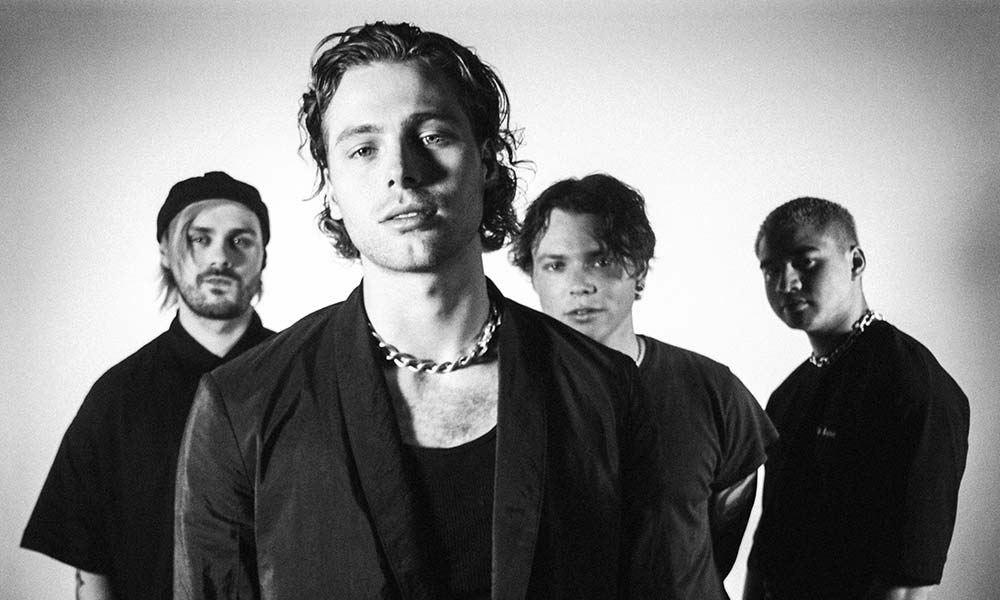 While the show 13 Reasons Why is certainly not everyone’s cup of tea, it must be said that the soundtracks for the Netflix hit are always right on the money. And it’s not just them who’ve been on a roll with music releases – 5 Seconds of Summer are currently experiencing a hot streak as well! With singles “Youngblood” and “Easier” having done so well, expectations were set high for their contribution to the soundtrack. Luckily, they more than deliver with new track “Teeth.”

As David Foster Wallace once said, “Everything I’ve let go of has claw marks on it.” It’s almost inconceivable that this quote didn’t somehow serve as inspiration for the bass-heavy track that mentions how “your heart got teeth.”

The instrumental intro is stripped down to just bass, accompanied to almost whispered vocals. This makes the song start off sounding ominous and urgent – in a way reminiscent of that sweet spot alt-pop that Billie Eilish managed to hone in on with “bad guy.” Similarly, there are various instruments that are layered on top of each other as the song progresses, including a breathy staccato rhythm that stresses the uptempo nature of the track. The chorus soars thanks to the industrial synths in the chorus combined with Luke Hemmings’ falsetto really take this to another level. They effortlessly manage to make alternative rock palatable to their pop-leaning fans as well.

The visuals are a different story altogether. At first sight, they don’t really have anything to do with the lyrical concept of the song. In a dystopian version of asylum or lab of sorts, the guys are stripped to their chairs and subjected to an experience that mixes Inception with Divergent’s fear simulation. The imagery of them trying to escape their biggest fear and the room they’re held in are interspersed with visuals that see them perform and play their instruments. Still, it’s a clever way of encapsulating that there are sometimes sides to people, things that we’d rather not know – but suddenly find ourselves in the midst of it all anyway, fascinated and unable to let go.

With the thumping drums and clever bass riffs, you’ll find that “Teeth” is just as easy to love and hard to leave behind as the relationship it describes. Watch the trippy video – directed by Thibaut Duverneix – below.