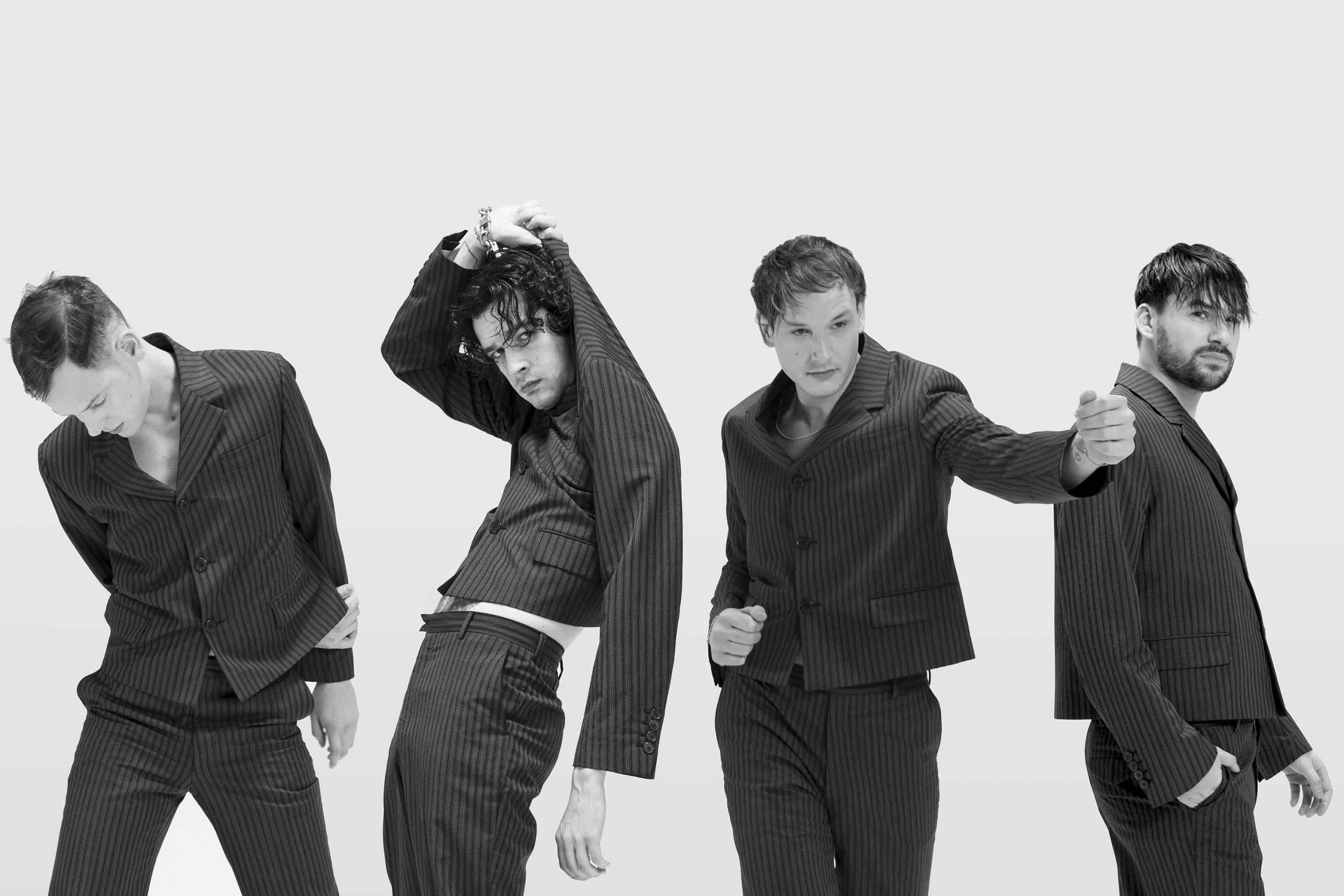 Get ready to mosh and kick stuff.

“Wake Up” — The 1975’s first single off the upcoming Notes On A Conditional Form, called “People” is here, and it absolutely rips.

“People” is nothing like The 1975 have produced before — something fans of the genre-hopping band are probably used to by now (on their most recent album, A Brief Inquiry Into Online Relationships, the four-piece jump from dancehall, to jazz, to trap over the course of its 15 tracks). “People” is hardcore. It’s angry. It’s the kind of tune you want to shout at the top of your lungs whilst moshing or breaking a skateboard.

Pounding drums, shredding guitars, and a vibe that you’d most likely compare to the likes of The Ramones or, more recently, FIDLAR assault your eardrums right from the start of the track, and it doesn’t let up until it’s all over.

It’s a total “fuck the world” song, which makes sense, as it looks like The 1975 have been growing more and more political leading up to their new release (due out in February of next year) — “People” is the second song on Notes’ tracklist, preceded by a spoken-word prelude from climate change activist Greta Thunberg on the world’s current ecological crisis. It’s much more somber and serious in tone, though, whereas the band’s latest effort is not as coy about denouncing society’s issues, constantly centering around the phrase “stop fucking with the kids.”

Expect this song to be a protest anthem for the younger generations, and don’t be too surprised when you start seeing pits open up at every 1975 show from here on out.

Check out The 1975’s “People,” as well as the incredibly punk new music video now.