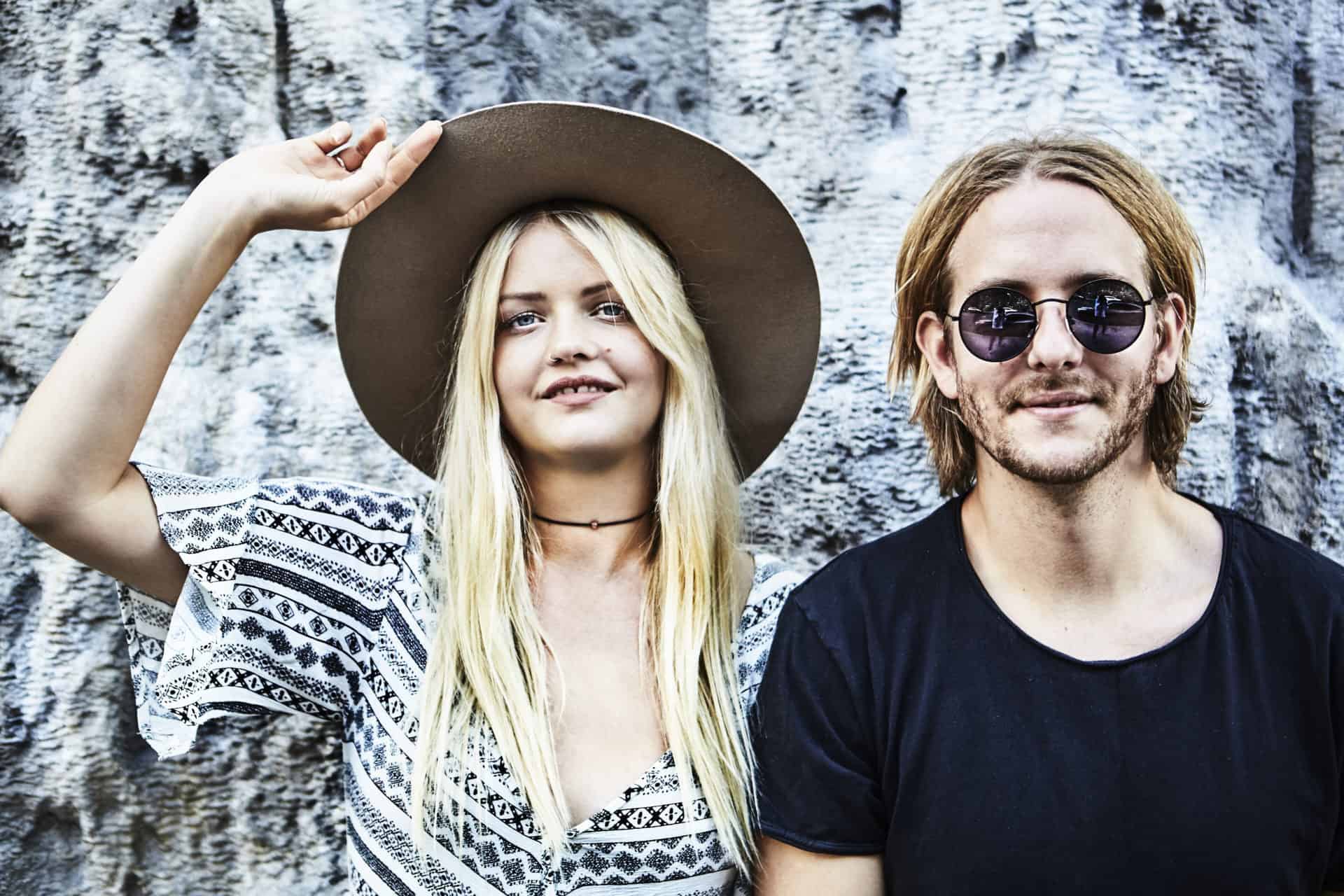 Chances are you have no idea who Smith & Thell are, but they’re a household name in Sweden – amassing over 500 million streams with their music on Spotify. This year, however, might just be the year of their international breakthrough. The Swedish pop duo made up of Maria Jane Smith & Victor Thell have already won praise from perhaps one of the world’s best pop Max Martin back home. Now signed by Arista Records, they’ve been steadily building their presence stateside as they release new tracks. “Hotel Walls” is their second single this year, and it’s an absolute earworm.

Sonically, it carries elements of folk-infused pop and a thumping beat that could’ve been created by Avicii.. The song builds perfectly from a more acoustic first verse to an explosive, anthemic chorus that settles in your chest as a new life rhythm full of energy. Something about the song feels familiar, as if you’ve been singing it at festivals for years – even though you’ve never heard it before. It’s just one of those rare songs that creates an uplifting urgency at first listen that makes you need to yell the lyrics at the top of your lungs and thump your feet to the beat on repeat.

As for the lyrical aspect, Smith said of the song that it’s a metaphor for life: ‘You check in, you check out. Everything on earth is rented, but while we’re here we should celebrate life rather than fearing the inevitable death.’ There are various stand-out lyrics that truly exemplify this message. Perhaps it’s their maudlin nature that contrasts so well with the upbeat melody. For example, in the first verse Smith regales that “life is a blink of an eye ’til you are no more.” It’s perhaps an obvious truth, but one that’s also easily forgotten. Sometimes we need that reminder to make the most of our time on Earth. “All beautiful things come with edges and thorns” suggests that the ultimate price we pay for life is, perhaps, mortality. Or maybe it’s that living life recklessly doesn’t come without consequences for yourself, as well as the Earth at large. This is again emphasised in the bridge, as they repeat “We’re just grains in the universe, I let that comfort me when I’m anxious. This life is beautifully ugly at times.” The nihilism of the first phrase is immediately voided by the second one emphasising how much meaning life can have to us. That’s the crux of nihilism. When nothing holds meaning anymore, the smallest moments can then suddenly be the most meaningful instead.

And that is what makes this song so beautiful – it’s a whirlwind that passes you by, just like life itself. But it’s guaranteed, that “Hotel Walls” will make your life a little more pleasant if only for just 3 minutes and 22 seconds.