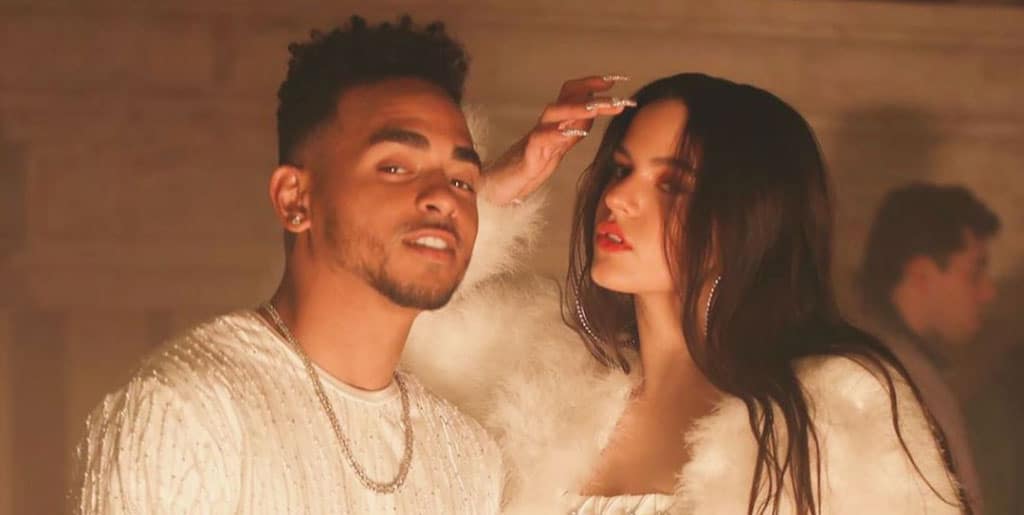 It’s the summer of Rosalía. Well, to be more accurate, it’s been the winter, spring, and summer of Rosalía since she wowed the world with 2018 album El Mal Querer, which catapulted her into international stardom overnight. Since then, the Spanish artist has become a staple at big festival stages like Coachella and Lollapalooza, a coveted featured artist on tracks – just listen to the depth of emotion she brings to James Blake’s “Barefoot in the Park” – and a riveting star to watch as she grows.

Not one to keep her fans begging, Rosalía has released a few tracks since the album, like the VMA-winning earworm “Con Altura”, which features reggaeton megastar J Balvin and is Rosalía’s first foray into the genre, and the delightful “Aute Cuture.” To finish off the summer, Rosalía and Ozuna have teamed up for surprise reggeaton track “Yo x Ti Tu x Mi” (translation: Me for You, You for Me), an infatuated and sultry track about being there for one another.

Though the opening shot of the song’s video may make you think you’re watching Lana del Rey, with Rosalía donning del Rey’s signature Born to Die-era flower crowns, it doesn’t take long until Rosalía reminds you this space is her own when surrounded by blue dancers, she moves with an assurance and confidence that leaves you in awe. The video goes on to show Rosalía and Ozuna in glamorous places, restaurants, sports cars, a glass gazebo surrounded by paparazzi, a marble-covered bathroom. They’re celebrating love and partnership and doing it in style.

The song is acutely self-aware, recognising both Rosalía and Ozuna as singers in love when they say “Porque a ti te canto pa’ que tú me cantes/ Somos dos cantantes como los de ante’” (Because I sing for you, so you can sing for me/ We’re two singers like the ones from before). They may not be in love with each other in real life, but their chemistry is undeniable and in moments like this you completely buy into the premise of the song.

Watch their VMAs performance where the stars, in matching black and diamond-studded outfits, incinerated the room even when they weren’t looking at each other. They’re a perfect match who produced an irresistible song. However, even more irresistible than them is Rosalía’s appeal, which is further solidified every time she releases something new. Finish off your summer with her latest offering and, if you haven’t already, dive deep into her discography – she’s great in every single way, and it’s only a matter of time before you too are learning Spanish just to keep up with what she’s singing as she takes over the globe.