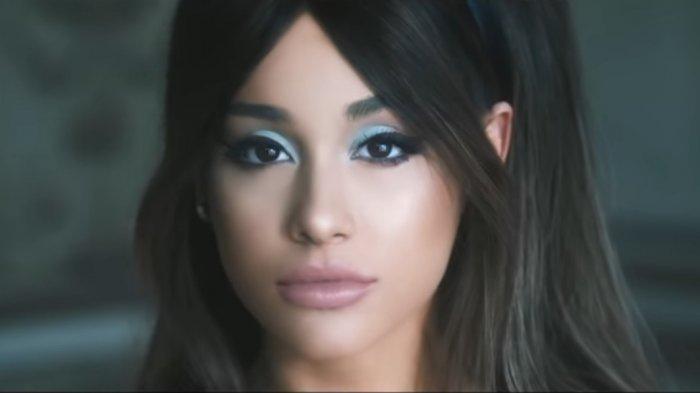 Over the last year or so, Ariana Grande has laid it all out there: PTSD brain scans, two heartfelt albums exploring how she’s “loved and lost”, plus documented breakdowns live on stage. It all comes after the former Nickelodeon star’s life changed forever on May 22nd 2017, when a suicide bomber caused twenty-three fatalities at her Dangerous Woman Tour concert in Manchester. Grande then tragically suffered the death of long-time boyfriend Mac Miller later in 2018, as well as a very public engagement split with then-fiance Pete Davidson (let’s forget about track 14 on sweetener, shall we…) soon after. It’s no surprise then that her latest single, “Boyfriend” kicks off with the lyric: “I’m a motherfuckin’ train wreck.”

The slightly crude honest opening lyric is yet another candid look into the inner workings of unquestionably the biggest pop star on planet Earth – and, if Grande gets her way with NASA, probably all the other planets out there as well. On track for another UK number one hit, ‘Boyfriend’ continues the mellow, syrupy R&B-pop sounds of previous bop ‘thank u, next’ and features duo Social House. As she did with her sweetener and thank u, next albums, “Boyfriend” hears Grande turn her personal pain into cathartic, catchy chart-toppers.

However, despite the heartbreaking start to the song, “Boyfriend” quickly becomes more upbeat, essentially dealing with the dreaded ‘situationship’, which is a very Millennial experience where you’ve not put a label on your connection with a partner – in Grande’s words: “you ain’t my boyfriend / and I ain’t your girlfriend / but you don’t want me to see nobody else / and I don’t want you to see nobody”. Grande has also explained on Twitter that “this song captures a common theme in the lives of so many people I know! People want to feel love but don’t want to define their relationship and have trouble fully committing or trusting or allowing themselves to fully love someone, even though they want to.”

Thanks to its lyrics, “Boyfriend” is another perfect encapsulation by Grande of a quintessential Millennial experience, therefore cementing herself as their spokesperson. Time after time, Grande has proven to millions across the world that she just ‘gets it’ – we’ve all been there where we’ve really liked someone, but been really cautious about progressing with those feelings, haven’t we? Turning our everyday struggles into relatable chart-topping hits is a natural gift for Grande, which explains why “Boyfriend” has already racked up over twenty- five million streams on Spotify in just a few days.

Grande’s debut performance of the song at Lollapolooza set tongues wagging, encouraging rumors that Grande may be dating Social House member Mikey Foster. Regardless of whether the tabloid fodder is true, their chemistry is undeniable in ‘boyfriend’s music video, where Grande and Foster each become overcome by rage when seeing the other person flirting with somebody else. One scene hilariously sees Grande re-enact the animal lunchroom scene from Mean Girls, reminding us of Grande’s stellar acting chops. With Grande later shooting out laser heart beams from her breasts, the music video is cute, campy fun.

The campiness is heightened and extended with Grande uniquely releasing the “Boyfriend” single in multiple physical formats with collectable trading cards, one of which is her treasured pooch Toulouse. The “Boyfriend” trading cards and music video are exactly the type of upbeat energy Grande is hopefully surrounding herself with, in order to help the pop star stop feeling like the “motherfuckin trainwreck” she refers to herself as at the start of the song.