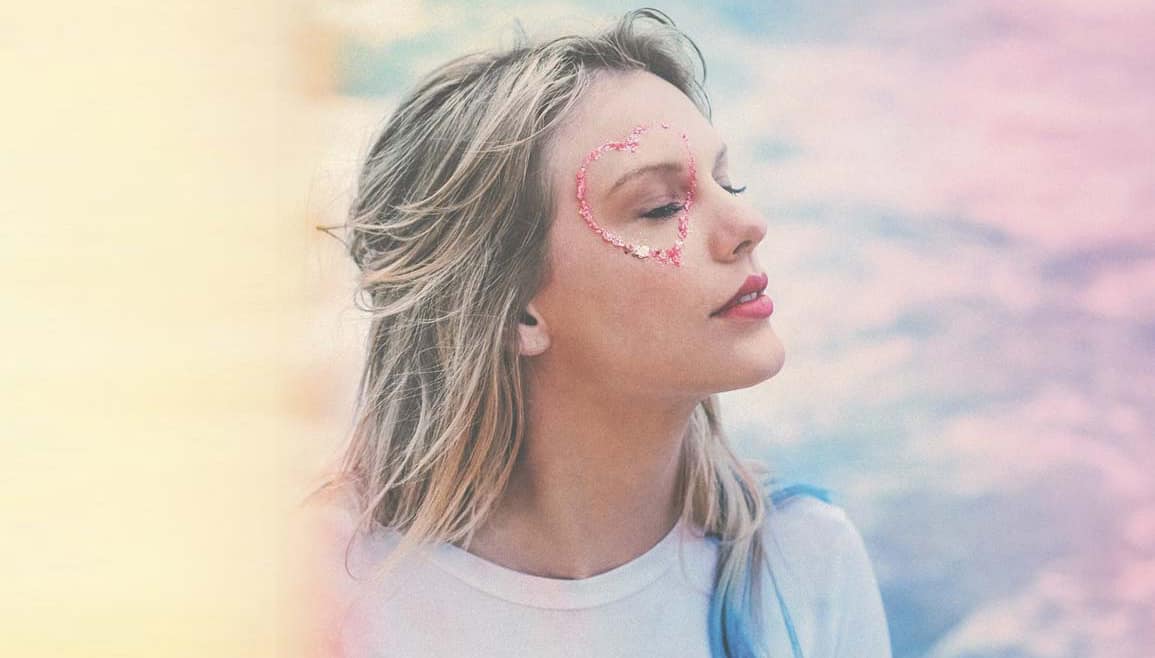 When Taylor Swift first started dropping hints of a new album back in April, it was to be expected that all her fans and the world at large would wait for the new collection of songs with bated breath. She’s somewhat of an icon, these days. Pop princess, America’s sweetheart with that girl-next-door appeal. Yet, the thing is – Taylor isn’t a girl anymore. She’s approaching 30, and for the first time in her life, she was in the position to truly own her album and the creative choices surrounding it. And that is interesting because, commercially, there’s very little Swift can do wrong. She knows how to reinvent her aesthetic, and how exhilarating all the sleuthing is when it comes to putting all the puzzle pieces together of whatever it is she’s teasing. Her new album had already sold over 1 million copies just in pre-orders alone. So how does the actual music and creative artistry measure up to her pop culture status? In an ever-changing landscape of what pop music entails, can Lover compete?

The new album sees Swift return to the sugary sweet aesthetic she was known for prior to reputation. A playful song forms the perfect segue between the two: “I Forgot That You Existed.” It includes lyrics such as “it isn’t hate, it isn’t love, it’s just indifference,” and celebrates the stage of not caring anymore about whatever your ex/bully/nemesis is doing or saying about you.

While it’s a really fun first track, it immediately highlights a shortcoming of this album. Yes, it’s full of fun, good pop songs. But it’s also slightly predictable in sound – it’s easy to pick out which songs Jack Antonoff has touched – and the lyrics aren’t always as strong as they could be. The ham-fisted reference to “being more in my feelings than Drake” could’ve been replaced by something a little more inventive. Swift is an incredibly gifted songwriter, and she had opportunity aplenty to show off her clever turns of phrase that were so abundant on previous albums. Perhaps “All Too Well” will one day find its match; but on Lover, it did not.

Songs like “I Think He Knows,” and “London Boy” are sweet but would’ve fit in just fine on earlier albums too. In a sense, some of the lyrics seem contrived and not befitting of the well-spoken, almost 30-year old that Swift is in reality. A song like “False God” that relies heavily on religious metaphors deserves better than “the altar is my hips.” Similarly, while the message behind “You Need To Calm Down” is of course only to be commended, it’s lyrically rather uninspiring – leaning on catchphrases instead.

That’s not to say there aren’t moments of brilliant lyricism on this album. One of those gems is “Death By A Thousand Cuts,” even though it’s not even based on Swift’s own life. Rather, Netflix film “Someone Great” inspired lines such as “what once was ours is no one’s now.” It’s these moments of pure poetry and scenic, story painting style of writing that unfortunately isn’t guaranteed on Lover.

Besides, Lover provides a new level of introspection and self-awareness that deserves to be mentioned. Where her songs of heartbreak and love used to center around victimhood and blaming the other person for ending the relationship (Back to December excluded), the songs on Lover are honest about self-destructive tendencies and insecurities. “Afterglow” sees Taylor take the blame, and apologize for her own actions as she admits to “burning it all down”. The beauty of this song is in the fact that the production highlights the strength and courage it takes to do these things. It’s hard to admit you’re at fault, yet here she lays it all on the line.

“Cruel Summer” ties it for the best song on the entire album, both production and lyric-wise. It’s effortlessly cool, and the lyrics work so well that you’ll be singing along to this one just seconds after hearing the chorus for the first time. There’s a certain sense of despair in the song that perfectly describes the torn up feeling of wanting to open up yourself to and be brave for love, yet also being scared of the consequences and getting hurt again.

Similarly, “The Archer” questions her own behavior and how it has defined her life for the past years. It’s reflective, and vulnerable and sees Swift yearning to work on her own self-sabotaging choices – acknowledging that this is really difficult to do. This is echoed by “Cornelia Street”, a fragile song where Swift spells out her fears of getting her heartbroken by the one person she no longer expects it from – the person she’s learned to trust. These slower songs offer Swift her scenic-like songwriter skills the opportunity to truly excel.

“Lover” is a sweet, soft ballad whose bridge could easily double as a sung ceremonial toast. In fact, this track is probably the Taylor Swift version of Ed Sheeran’s “Perfect” – a sure-fire wedding favorite and a song where she’s actually quite certain of her love. And if you’re looking for a more up-tempo song to play at your wedding, there’s also the playful “Paper Rings” to consider.

There are also times where Taylor takes a more conceptual approach on the album. The more adventurous “The Man” sees Swift explore sexism, and how she can “run as fast as she can” – but her pace will always be slowed down by double standards and archaic ideas that limit women’s freedom to live life the way they want to. In “Miss Americana and the Heartbreak Prince”, she seems to use the metaphor of a high school to describe the despair felt at watching politics unfold in a world where Donald Trump is president. There’s escapism and even a sense of hopelessness laced through the lyrics, a bitter weariness having settled in instead. While it’s sonically reminiscent of “New Americana” by Halsey, it’s a truly innovative song in Swift’s discography for its content.

And finally, there’s “Soon You’ll Get Better.” The song that hurts, because it’s real and raw and it reminds us that life isn’t endless – that to live and to love means encountering loss and suffering. It’s painful because it is painful to have a life-threateningly ill loved one. And it’s simply because everyone will want to tell themselves this simple statement – be it true or false if only to try and selfishly feel marginally better themselves.

It’s humanizing. Sure, we all experience love in one way or another. But it isn’t always romantic, or drenched in sweet metaphors that play out like movie scenes. But life’s too short and too precious, too fragile, to not enjoy the moments that make you smile.

Taking that into consideration, it makes me wonder if Taylor is just a true-to-life Phoebe Buffay (who actually can sing). Maybe she’s just someone who’s recently truly settled into being unapologetically herself, and yes she’s almost thirty and she likes pastel colors and glitter and love and cheesy, cringey metaphors at times – so what?

Maybe it’s my fault for expecting mind-blowing geniality when Taylor’s only human. Maybe it’s normal that seven albums in, it’s going to be difficult to completely reinvent yourself. But who says she should? Maybe Lover isn’t actually trying to do anything. It’s just Taylor and the things she loves, not the things that haunt her in the middle of the night. It’s not perfect – it’s golden “Daylight,” and maybe that is just as nice.