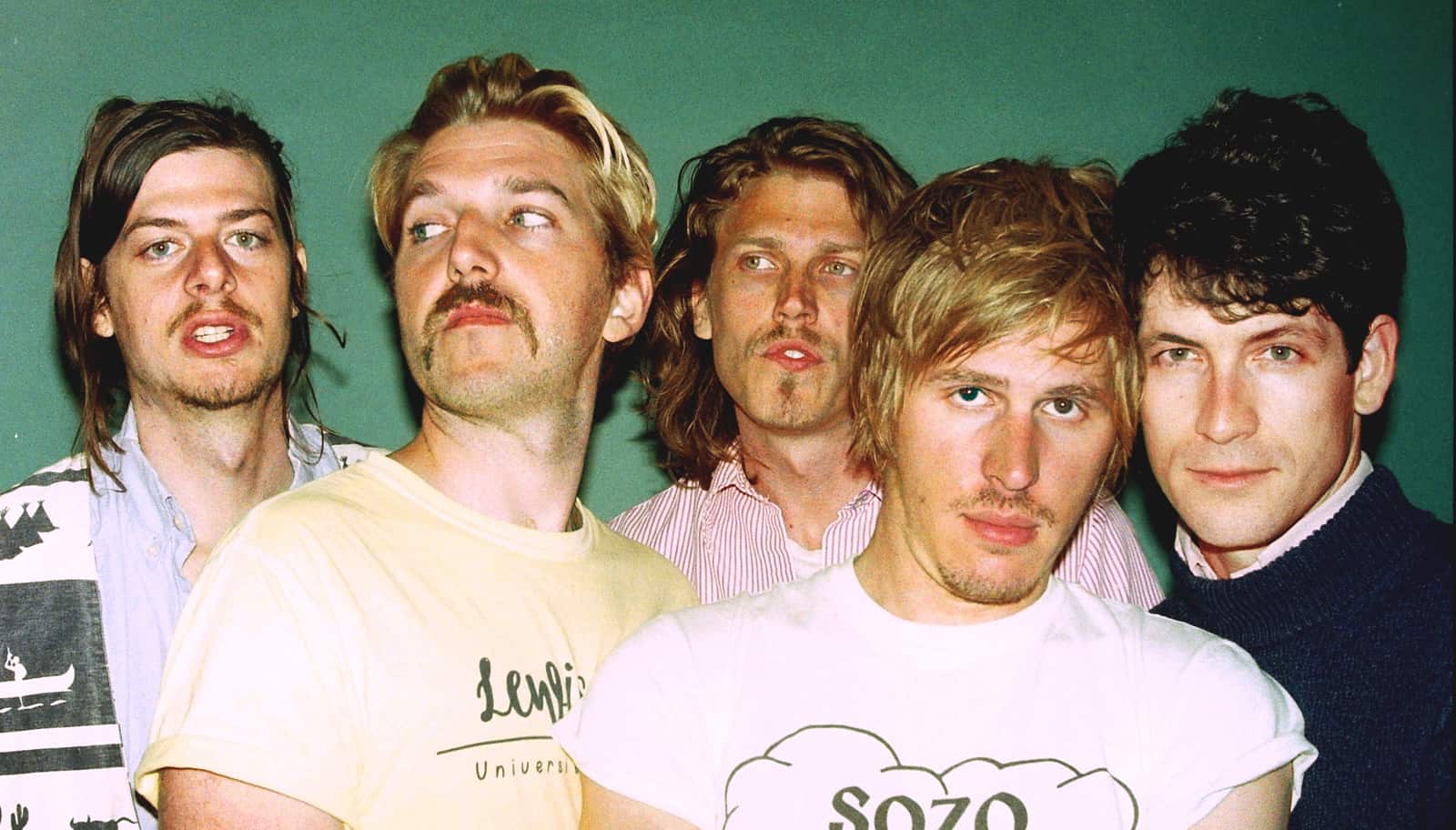 LA transplants Spooky Mansion sounds are reminiscent of the beach, with their dreamy surf-rock sounds featuring vocals by singer and songwriter Grayson Converse, and rounding out the group is drummer Rob Mills, bassist Marty Reising, and guitarists Charlie McCone and Braden Lyle. The quintet just released their single “Real Jerk,” the first single from their upcoming That’s Me! EP, due out October 29. The music video featured for “Real Jerk” features animation by French artist Chiara Luber known as Bleu Garou, who gained popularity with her animated work for the song “Canopée” by Polo and Pan.

‘Real Jerk’ is a song that references poor choices, and guilt-ridden arguments with past lovers. Frontman Grayson Converse says that “I remember the 100-degree day in Cambodia when I sat at my kitchen table, struggling to keep my cheap nylon guitar in tune and picking out the melody for ‘Real Jerk.’ Out my fourth story window the jungle canopy extended as far as I could see. It was a great time to reflect and think about mistakes I’d made on the other side of the world, to come to terms with them, and to move on.”

Spooky Mansion came on the indie rock music scene in 2018 with their debut LP Alright, featuring inspiration from such classic artists as The Beach Boys, Big Star, Orange Juice and Pixies to jazz musicians Thelonius Monk and Horace Silver. The group has well over 5 million Spotify streams, and have played such heralded festivals as SXSW, Noise Pop and Underground Music Festival in Denver.