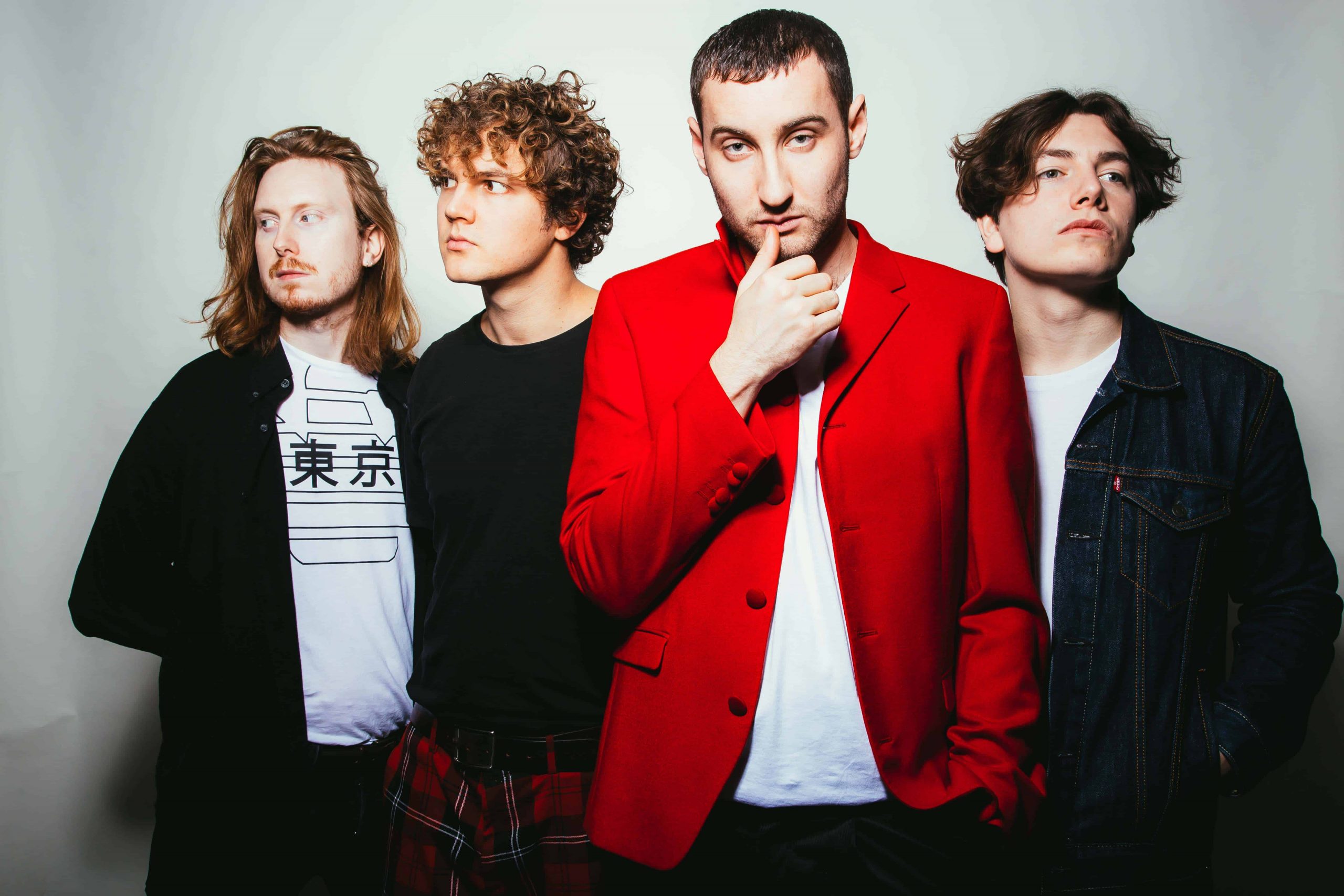 Sea Girls, the four-piece Brit band hailing from Leicestershire and Kent, are making waves in the indie space. If you haven’t already heard of them, the quartet – comprised of Henry Camamile (vocals, guitar), Rory Young (lead guitar), Andrew Dawson (bass), and Oli Khan (drums) – have been on the scene since 2017.

In those short two years, the band has gone from self-releasing their debut single “Call Me Out” to be included in the BBC’s prestigious Sound of 2019 poll. They then landed a deal with Polydor Records.

Their latest track “Closer” is in keeping with their anthemic guitar riff style. It’s the kind of song you can image blasting out of the car speakers as you stick your head out the window to feel the wind whip through your hair on a life-changing road trip. This feeling is definitely in keeping with Sea Girls’ modus operandi, as they say that they write songs that soundtrack “the best nights of people’s lives”.

Speaking of the track, guitarist Rory Young says; “The song came together in a backwards fashion in a hotel after our debut European gig in Barcelona. It was originally written as an electronic track about being far away. Replacing the synths with guitars back in London gave the track an absolute new lease of life”

Having already played at TRNSMT, Tramlines, Benicassim and Y Not festival amongst others in July, the band still have a huge summer of festivals lined up. From Boardmasters to Reading and Leeds, they will also be visiting Germany, Ukraine and Russia for festivals there too.

That’s not all – the band are also playing a slew of headline shows across the UK in October, including a night at London’s O2 Forum Kentish Town.

Check out “Closer” below.