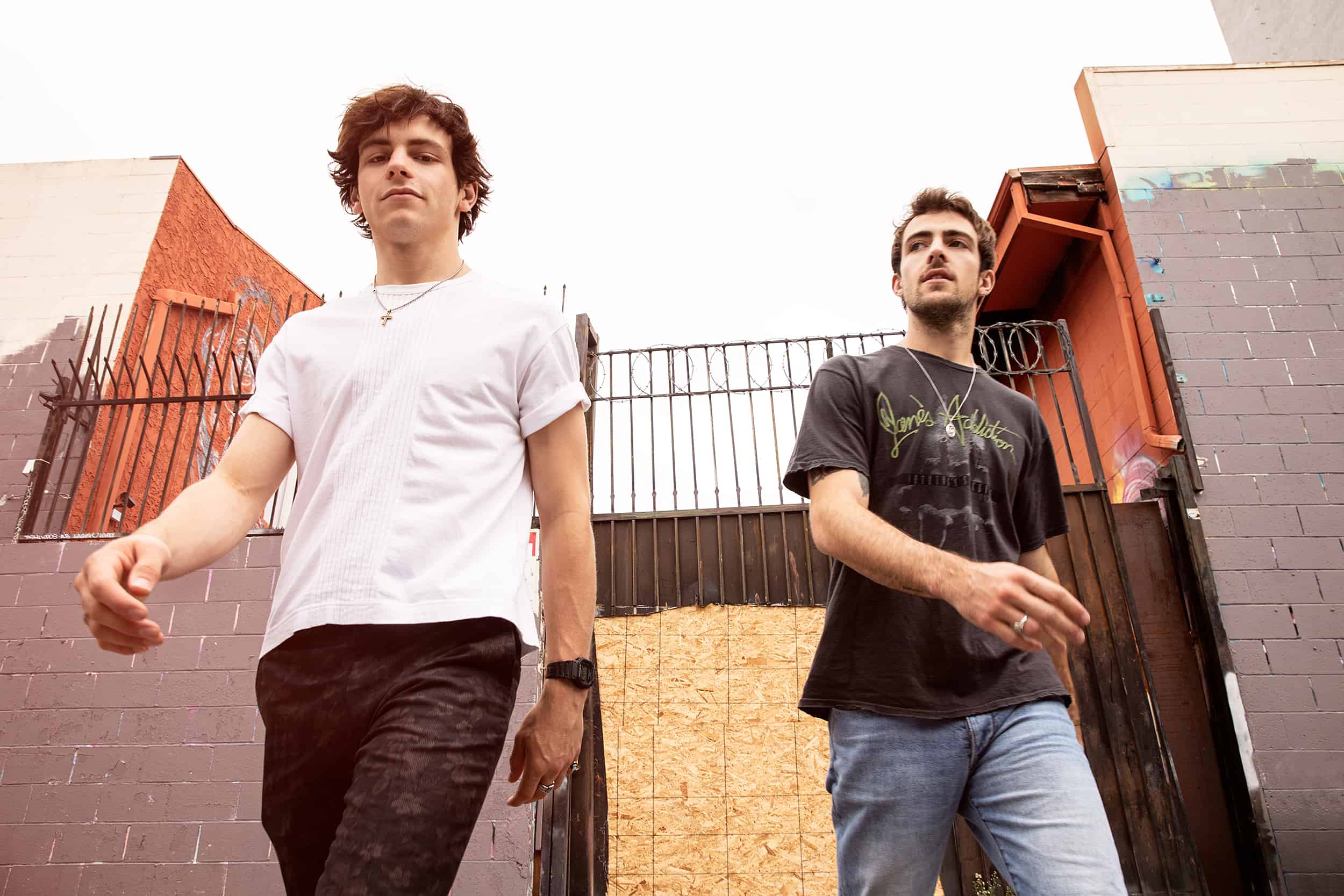 What started off as a family five-piece crafting pop-rock hits since 2009 under the name R5 has relatively recently developed into the “genre-less” duo titled The Driver Era. We had a chat with Ross and Rocky Lynch about puns, getting in a creative flow, and the current state of pop music.

What have you guys been up to?
A standard day for us right now is wake up, read for a little. Hit the studio until around 8pm then go meet up with some friends in Hollywood/Vancouver depending on where we are. Maybe hit the studio later that night again.

Your debut album X has been out for over a month now. What’s the reception been like so far?
The reception has been great so far. The first week it was out a lot of our older dad friends were dropping some bars on us on how much they enjoyed it. Was pretty entertaining.

Your musicianship has kind of been honed over the years under the longtime band R5. What is the music-making process like going from being in a band of 5 for such a long time to being a duo for the past year and a bit?
There were a lot more cooks in the kitchen with R5. Other producers, writers, A&Rs, etc. With The Driver Era, it’s just the band.

Do you ever find it difficult to connect with each other creatively, or does it just come naturally at this point?
It’s always pretty natural (pun intended). If we haven’t collaborated on an idea for 3-4 weeks then at times we may have to kickstart it a little.

How do you manage to be a musical duo while Ross is also managing an acting career? Does The Driver Era ever have to take more of a backseat?
I answered the last question before reading this one. Glad we’re on the same page with the puns. During the first 2 seasons of Sabrina, it took us a second to get back in the creative flow of music, due to the fact that we started the Driver Era right before Ross was shipped off to Canada. Now we’re able to do both simultaneously pretty well.

Your intention for The Driver Era is to create without self-imposed limitation and to always push for innovation. Why do you think this is important?
That is the job of the artist – to create from authentic experience in hopes of helping others. It’s important because of the consequential influence art has on the world. We like to be truthful and genuine because that’s what we want to see more of.

Even though your music is quite genre-less, there’s still a lot of publicity out there labeling The Driver Era as pop music. How do you feel about this genre boxing? Do you find the concept of genre to be limiting or freeing?
The genre pop is too consistent right now to label The Driver Era as pop. I think we definitely make pop music, which the majority of music anyone listens to is (Drake) but the true artists somehow find a way to make it their own. Our version of pop right now is us getting bored of certain sounds too quickly so we’re constantly looking for something new.

What’s in store for The Driver Era? Is there another album in the works?
We like making music. People like the music we make. We’ll probably keep doing it till something else comes along. Possibly another album soon. Maybe hop on Mike Posner’s train (Winnebago) and walk across America… Maybe make it a little easier and use some motorcycles though.