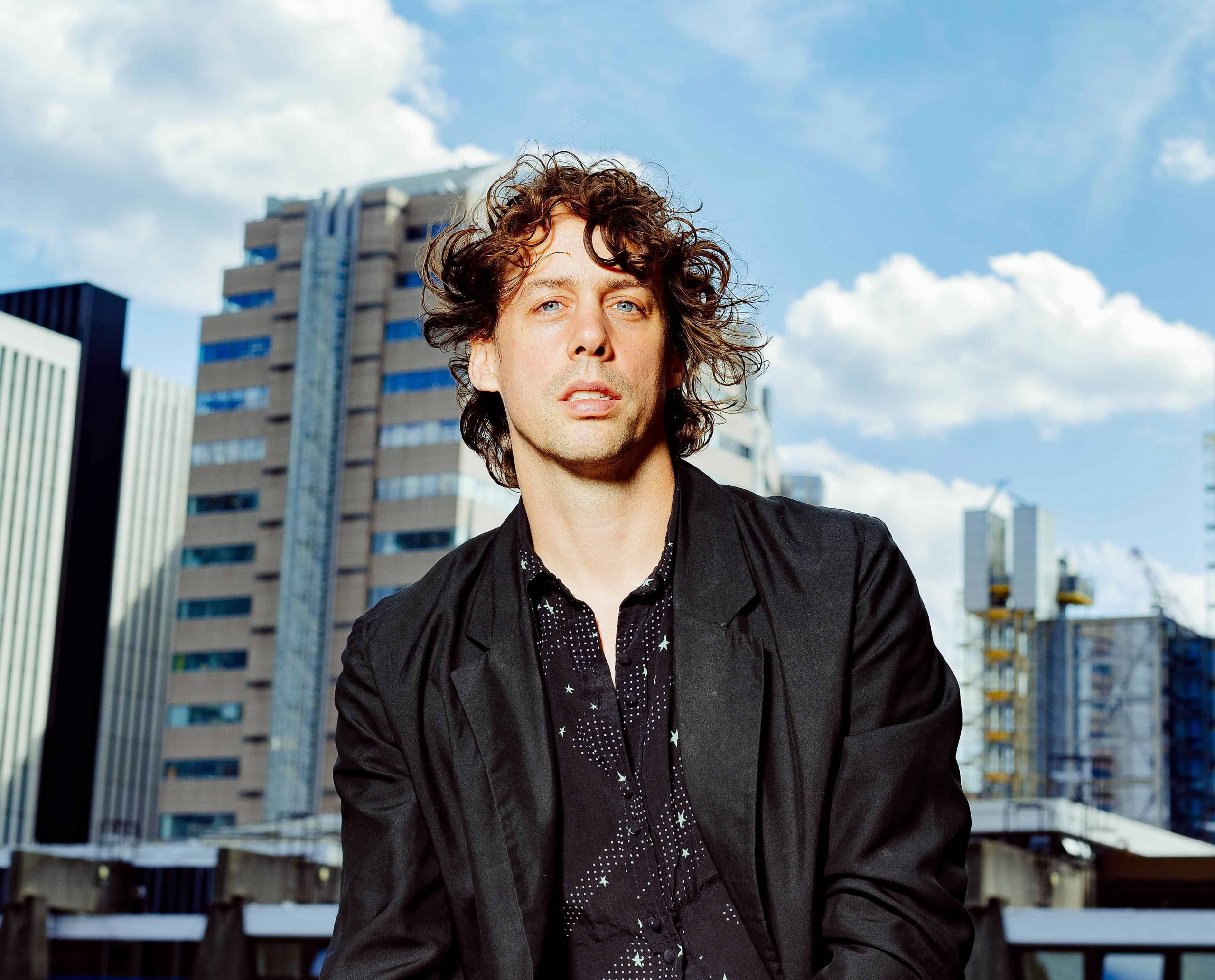 Legendary Brit indie/rock band Razorlight have been on quite the journey. Originally formed in 2002, the band gained notoriety in a time before social media and when indie music governed the airwaves.

Razorlight was one of the key bands to rise up from this now almost mystical period, but they weren’t impervious to change. Founder and frontman Johnny Borrell became the glue that held it all together as Razorlight became an almost revolving door of guitarists, drummers, bassists and piano players.

The band released three studio albums during their main run [2002 – 2008] and became best known for their song “America”, which went to #1 in the UK. After their third album, Slipway Fires, the band dissipated as Borrell focused on solo music.

Fans were delighted when the band (a slightly amended version, albeit) returned with a fourth album, Olympus Sleeping last year. A UK tour shortly followed and with the release of new playful new single “Cops and Robbers”, it seems that Razorlight is ready to hit the ground running again.

We sat down with Johnny to chat about the joy of releasing new music, band science, the artists that shaped Razorlight’s sound, and why he loves a bit of chaos.

What made you feel most excited and nervous when returning to music with your album Olympus Sleeping last year?

It’s just really nice when you put new songs out, you know? I’ve been playing our live set, which is the best of the first two albums and one or two things from the third album, and I’ve been playing that set for so long. It’s nice to put something new into the live set. For me, musically it really filled in the gaps of that setlist. I wouldn’t say I was particularly nervous at any point but sometimes you get stressed. I always have faith in my material going to where it wants to go. I didn’t feel much pressure.

You played your first ever show at the legendary Camden venue Dingwalls. It’s one of the few rock/indie grassroots music venues left in the UK as many are closing down. Do you think there’s a dying appetite for indie music in this day and age? Or do you feel that it’s now having a resurgence?

I don’t think rock music is very fashionable or digestible within 20 seconds but that’s everything people are into. You need to have a lot of time on your hands. It’s got to develop over the course of an album, 40 minutes. I don’t know anyone who would listen to something for 40 minutes.

I don’t think it’s particularly about genre. I like to hear the musician’s personality coming through their instrument. Everyone’s using the same vocal tuner, the same plug in, and that’s on every single song on the radio at the moment. You don’t get an identity and that’s the thing I miss in music. Not to be too old school but you hear Keith Richards strum a few guitar chords, you know it’s him. It’s his personality coming through.

How has Razorlight developed from conception to the current day – besides the changing band members?

You’ve recently released a new single “Cops and Robbers”. Can you shine a light on the song’s meaning and what inspired it?

I actually don’t know yet. For me, songs always tell the truth, but they tell them like a dream. Sometimes you know, sometimes you figure it out a bit later. It took me six years to figure out what I meant in “Golden Touch”. Musically, I felt really good having done Olympus Sleeping and getting the band back up and running. We’re just finishing off writing some new things.

What are you working on next?

The plan is to be releasing a lot more music from here until next year. We’ve got a few festivals lined up.

Will this be the first bunch of festivals you’re playing with the new band?

Constant evolution in our line-up. Reni [keyboard] did the two tours and the Olympus Sleeping stuff. Then Sam is playing drums now and he just joined us for the summer. I think he wants to do the next tour, which we’re really pleased about. People come in and sometimes they wanna go off and do their own thing afterwards. I’m also in a constant effort to make it as good as it can be live. Bands don’t really follow a science. You need to be playing for a while to get good. If you change one element it changes everything.

Would you say you prefer playing festivals or venue gigs? What’s the key difference for you?

I like chaos. So personally, I like festivals if they’re not too commercials and if they’re full of kids. When things get too prescribed then it doesn’t feel like rock ‘n’ roll, it feels like a museum. The best gigs should feel like someone’s just put a stage up and you don’t know if it will fall over or not. I really like playing to other people’s audiences. I like supporting other artists, I like winning people over. I like the challenge. Most acts at festivals are singing to a backing track nowadays. It’s like the same thing every night. For me, the point of doing a show is that it’s collaborative with the audience. There are always improvised sections at a Razorlight gig. For me, it’s the essence of a good rock band.

It’s about going on a journey with the band during that show, right?

You have to. If I started the gig and I knew what tempo every song was going to be, then what the fuck, you know? But almost every band does that.

Which artists or records were instrumental in shaping Razorlight’s sound, both then and now?

There’s so many. Definitely “Everybody Knows This Is Nowhere” by Neil Young, which seems very un-Razorlight, but the way that both he and Danny Whitton who was the rhythm player, how they approached the guitar, how they shared it out, was really inspiring to me. Buzzcocks, for length of track. I always wanted Razorlight tracks to be very succinct. They’re starting to spread a bit now as we’re moving towards our fifth album, which is only natural. Television’s Marquee Moon, because it explodes the possibilities of what they can do. Cliché, obvious stuff like the second Velvet Underground album.