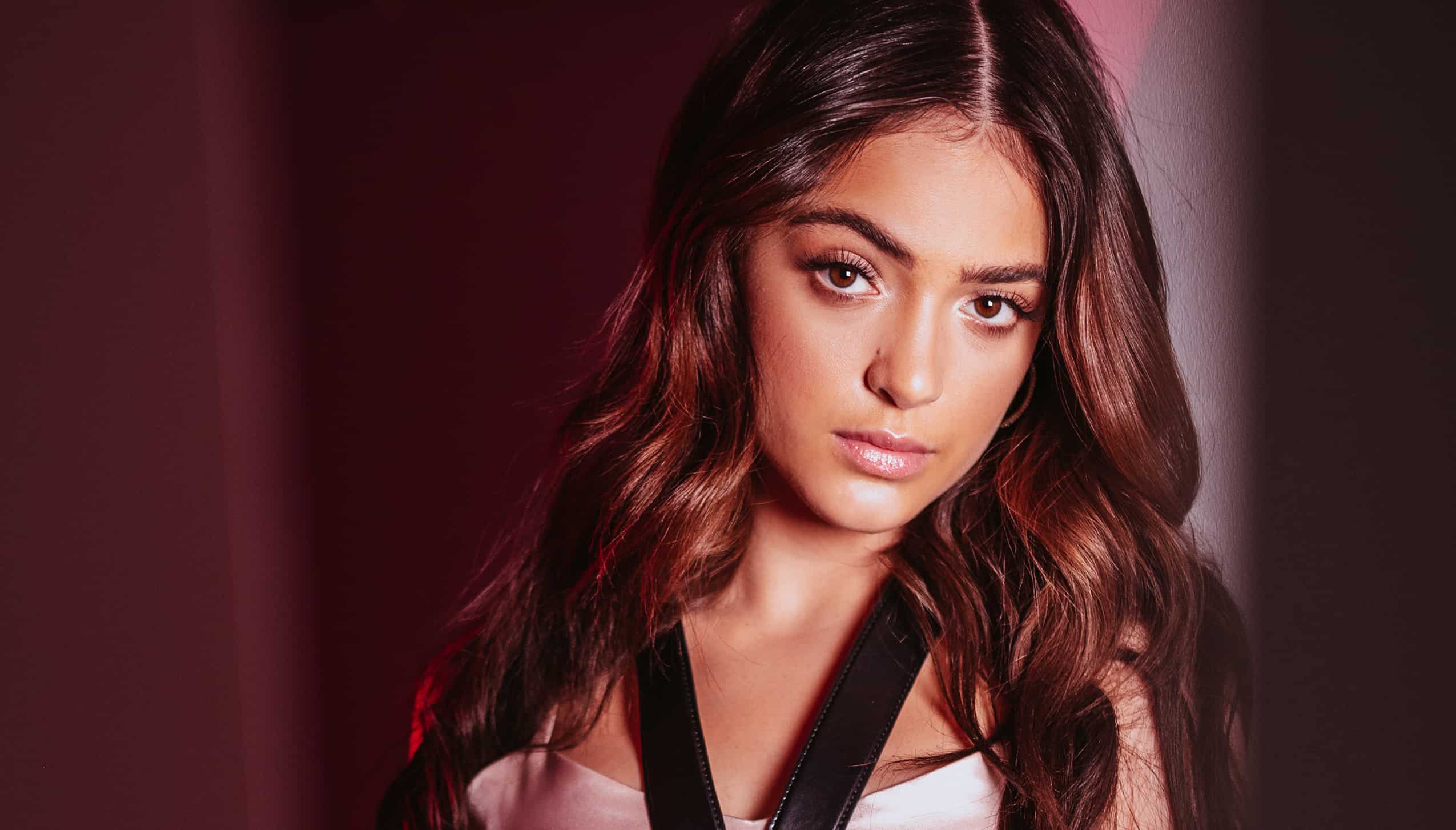 Luna Blaise’s work ethic is unceasing. Although already known to millions from her role as Nicole in ABC’s faultless sitcom Fresh Off The Boat or, more recently, as Olive in NBC’s enthralling new drama Manifest, she’s not satisfied with solely acting. Given her soaring ambitions of exploring various creative facets, it’s unsurprising that she’s recently released a compellingly addictive R&B-infused track driven by alluring vocal work in the form of “Secrets.” Astute and attentive beyond her seventeen years, Luna Blaise undeniably has the passion and talent to surpass even her wildest expectations of herself.

How did the track “Secrets” come about?
I was in the studio and I was having a hard time trying to figure out what I wanted to write about and I kind of just had gotten over this thing with a guy. It was like weird and it was a secret the whole time. I really liked him and, you know, nothing ever ended up happening and we went our separate ways but, at the moment, it was like a huge fantasy. Multiple people didn’t want us together but then we wanted to be together. It was like a Romeo and Juliet type of relationship. It definitely had the same features and that’s kind of what I wrote it about.

How do you think you’ve evolved as an artist since the release of “Over You” last year?
The way I’m evolving is that I’m just finding out every day more and more who I really am and that comes in my songwriting and it shines through because at the beginning I had never set foot into a recording booth before and I fell in love with the process of songwriting, being in the studio and doing all of it.

Now it’s just so natural to me and writing and being in the studio and evolving as a recording artist in that way. And with that comes life experiences as well so I’m just evolving every day and all my life I’m going to keep writing about what’s truly happening in my life.

What other recording artists inspire you and why?
Oh gosh, there’s so many! Halsey is up there, Kehlani, Amy Winehouse has to be number one, definitely. Bruno Mars, Ed Sheeran, Tyler The Creator. 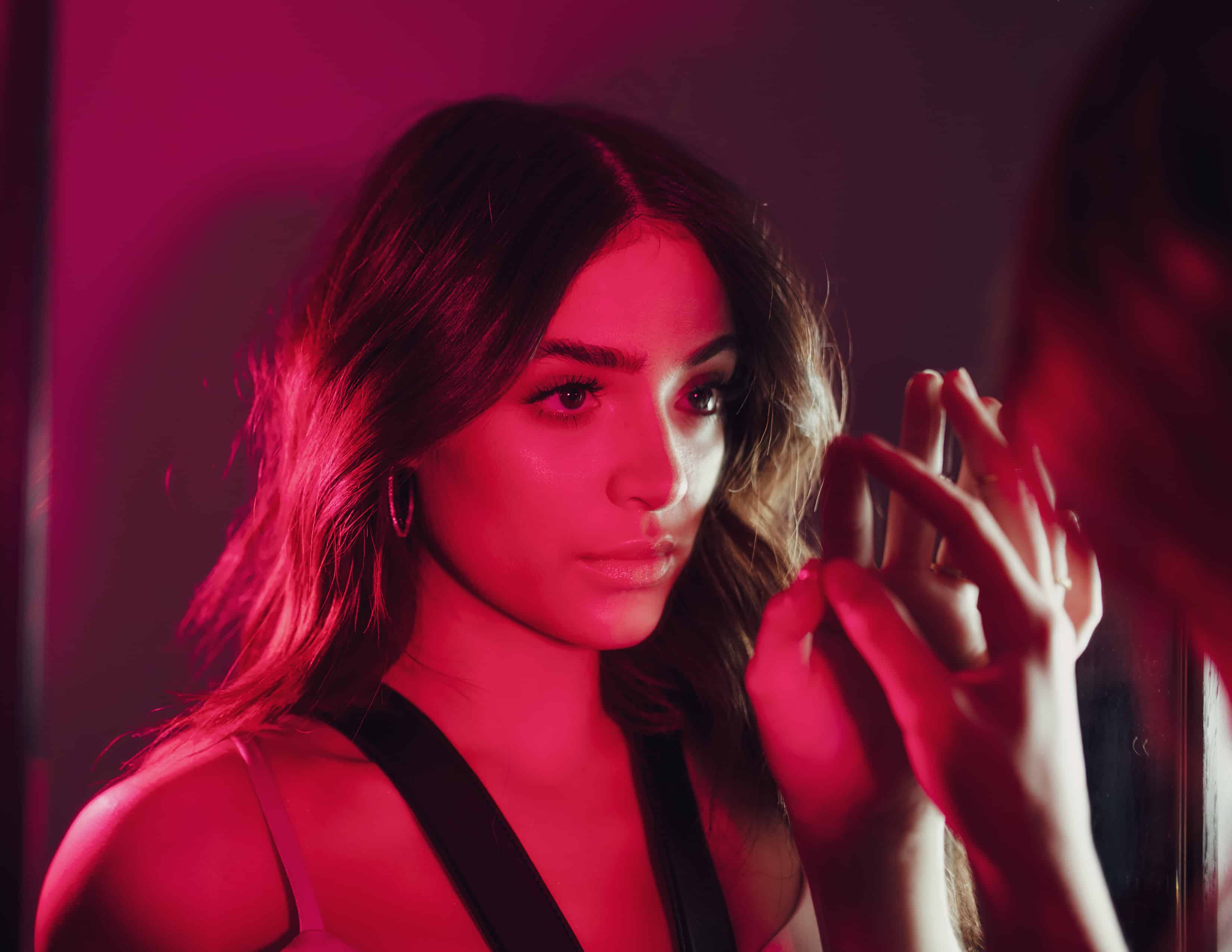 You write your own songs, was that important to you from the outset? And if so, why?
Definitely, I think even if you are totally not the songwriting type as an artist you should get in the studio and help in any way, shape or form because this is your sound. Every song you put out is like a new baby, it’s basically like you work on it, you develop it, you’re throughout the whole entire process of it. And you know, at the end of the day it’s yours.

So, if you can just add to that by kind of writing stories then it’s going to put the whole entire thing together. I think, for me, songwriting is the most important part because I take from my own life experiences, I take from my friend’s life experiences and things that I just witness on a day to day basis. I put everything I know in one song about whatever I’m writing about. So, I think it’s super important that everyone should get the chance to do that when they’re creating sound and creating their music.

Would you say there are any major differences/similarities between recording music and acting?
It’s a massive difference, it’s crazy. When you’re in a recording studio, it’s really more of what you get to do and there’s a wide variety of things you’re able in to accomplish in the recording studio but with acting it’s a little different. Because people have kind of set it up for you, you’re reading a script and it’s completely different. But what I love about it is that it is completely different because I like to do multiple things in my life and that’s what I’m going to accomplish. So, you know, when I’m off and I’m off from my TV Show, I’m recording and I’m writing and then hopefully within the next couple of years or the next year I’ll be on tour and then, you know, it’ll snap right back into the TV show.

You have such a huge following on Instagram, do you ever feel any pressure of having that massive platform and having to post content?
There’s not really any pressure to it. This is an audience that I’ve built and it’s an audience that has really become close to me and is like my family now. So, it’s like I post content and I post what I like and what I enjoy and, you know, that’s what they want as well. Of course, I have to always be always conscious of what I’m posting and not to post anything that’s going to hurt me in any way, but I just post my life. I’m not trying to work for anyone, I’m not trying to change for anybody, I’m just doing me so if you don’t like that you can hit that unfollow button really quick.

Obviously, you were in Fresh Off the Boat. Can you tell us a little bit about your character?
You know, Nicole she’s awesome. I’ve played her for five and a half years now and being able to evolve into how her character turned out in the last season was crazy. The story arc was amazing. Coming out as a lesbian on a network television show at 15 is pretty cool. It’s kind of the first that ever happened since Ellen came out on NBC so that’s a big life accomplishment. I grew with her as a person, I started that character when I was 11 and ended it when I was 17. It was my life and it was awesome but now it’s on to different things and that’s the way life goes.

Tell us about your partnership with GLAAD and how they helped you.
GLAAD was extremely helpful in every way, shape, and form. Taking on a character, even a character you’ve known and been with for four years, but with this story, I had no idea what exactly I was getting into. Like what I was going to be talking about, what I was going to be standing up for. They’re just like the biggest family and they are so welcoming and so heartwarming and everything they do for the LGBT+ community is incredible. I owe a lot to them for that whole year of my life and even being partnered with them now in any way I can help is incredible. I’m always here for them and they know that.

You’re currently starring in NBC’s Manifest. What’s your favorite part of playing Olive?
Manifest is amazing, and I couldn’t be more grateful. Olive has definitely gone through some crazy life changes throughout the season so far. Everything in her life went downhill but it’s all gone to turn out, hopefully! I can’t wait to see the end of the season. It’s a bit of a mystery to us now, too! The showrunner won’t tell us how it ends, but I can’t wait to find out with everyone else.

I can’t wait to find out if we get a second season because that’s just going to add on to our incredible story. Everyone that works on the show is having the best time getting to work with each other, the best crew and writers. We’re just a really happy family and I’m super jazzed to be able to work on that right now.

Obviously, you’ve got this passion for music and acting. Where is it you would like to see yourself in 10 years?
I’m really goal orientated so if I’m looking to the next ten years, I’m 100% still going to be acting and 1000% still going to be doing music. I see myself behind the camera directing, cinematography, writing, producing, I want to do it all and I think that’s my goal. I’m definitely going to get there and that 100% comes with learning and watching people who are around you and I think I’m in a really good industry to do that because I’m with people like that every single day of my life. I have to work to get to where I want to be with the stuff, I haven’t accomplished already but I’m definitely going to get there.