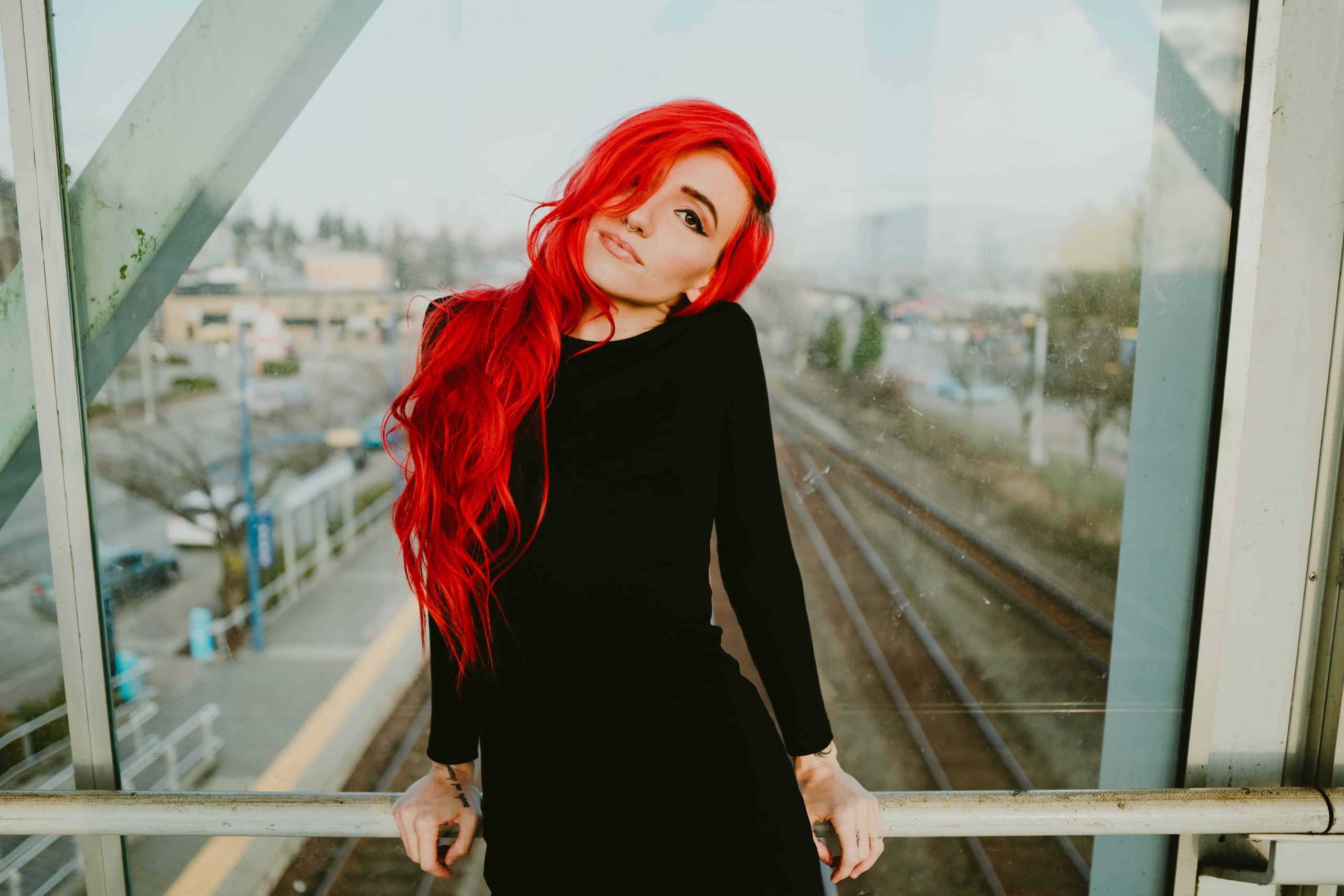 Before “Skin & Earth Acoustic” Toronto-based artist Lights was best known for her breakthrough album “Little Machines.” An album which garnered an impressive 40,000 downloads and a #34 spot on the US’ Billboard 200.  Since then, Lights has been busy not only penning her latest album; but designing a world chock-full of gods, mortals, and cults; which can be found in her debut comic series, “Skin&Earth.”

When she’s not busy crafting magical worlds out of thin air; Lights can be found penning songs like those found in her latest release, Skin&Earth Acoustic. Which is an album of songs practically identical to her 2017 release, Skin & Earth.” The sole difference being, that these songs are stripped down to their basic elements. In returning to basics, Lights’ voice is able to not only build this fantastical world but whisk you away, as well; so much so, that you might as well be walking amongst giants or be a lost girl yourself.

We had a chat with Lights about her intricate songwriting and got a “behind the scenes” look at how she creates the mystical world prevalent in Skin&Earth Acoustic.

On May 12th you announced that you had been signed to Fueled by Ramen and subsequently announced an acoustic version of Skin&Earth. What should fans look forward to in this new chapter of your career?

With growth comes change and with change comes new vibes, and I’m excited for all of it. I’m more confident and inspired than ever so that will definitely reflect in the COPIOUS amounts of new art I intend to be shedding into the world over the next while. Lots to look forward to if you’re a fan of mine!

What was the primary motivation in releasing an acoustic version of Skin&Earth?

I’ve always done acoustic versions of my records so had to follow suit with this one. However, I chose to do things a little differently this time and record “In The Wild” in locations that associate the songs to their chapters in my graphic novel of the same name. I like showing that art has many forms and artists (as most humans) have many faces. This version is its intimate face value and there are things to be discovered in these acoustic versions, lyrically or emotionally, that you may not have picked up on in its original form.

When recording the acoustic version of Skin&Earth, how did that differ from your 2017 release?

Each song is very stripped back and shows a more vulnerable side. Since I recorded in differing locations, like a river, cliff, truck, bedroom, desert, etc, you can hear flaws and natural elements in the recording. That was a first for me. Also, I produced, engineered, performed and mixed the whole thing! That was also a first for me.

Comparing this album to your first album The Listening, how would you describe your growth as an artist and songwriter?

The main area of growth is my confidence, my willingness to say things I maybe wouldn’t have said before, my musical choices, my vocal and performance ability from ten years of touring all show their muscles in these newer releases. It feels good to be a grown ass nerd woman!

Since The Listening, how has your writing process changed and what was it like during Skin&Earth?

The songs from Skin&Earth were largely inspired by the storyline that I wrote for the graphic novel that ties into the music. It’s fun to walk into a session and know exactly what you need to write about. I was really open to new sounds and vibes for the songs, and a new-found confidence in my art made it easier to work with people I’d never worked with before (my first couple records were largely written with the same couple of people).

During the writing process [of Skin&Earth] what was your greatest triumph? Any song that you’re particularly proud of?

Giants! That song is epic and has two very different tempos in the verse and in the chorus. It was a feat meshing those seamlessly and making it one of my favourite songs to play live. Total anthem!

In reflection, what is one emotion that you would link to the creation of this album and why?

I suppose “fascination,” if that makes sense? I’ve always been into comics and other worlds and fantasy, and being able to merge all of these things I love with the other world I love (music), felt like following through on my true calling.

Shifting gears slightly, when I was listening to the album, songs like “Savage” and “Almost Had Me” stuck out to me as deeply personal songs. Which leads me to wonder, how much of your writing comes from personal moments?

Almost all of the songs are pulled from personal experience or emotion, regardless of these songs being inspired topically by the graphic novel, it takes a deeper understanding of the concept to really form the idea. So, in essence, each of these songs has two meanings, the in-world meaning and the real-world meaning.

If your music does come from a deeply personal place, how do you establish a balance between the personal “self” and the public “artist?”

There’s a certain arm’s length I think a lot of artists keep from the EXTRA vulnerable content; we reserve those for a select few songs. Like Down Forever on Skin&Earth Acoustic. You can’t be overtly vulnerable in every song because it doesn’t feel authentic anymore.

Lastly, you’re currently on your North American tour [it started on July 26th in Chicago, IL].  What should fans look forward to on tour? Any surprises in store?

A long set full of beautiful immersive sing-alongs and my terrible banter?