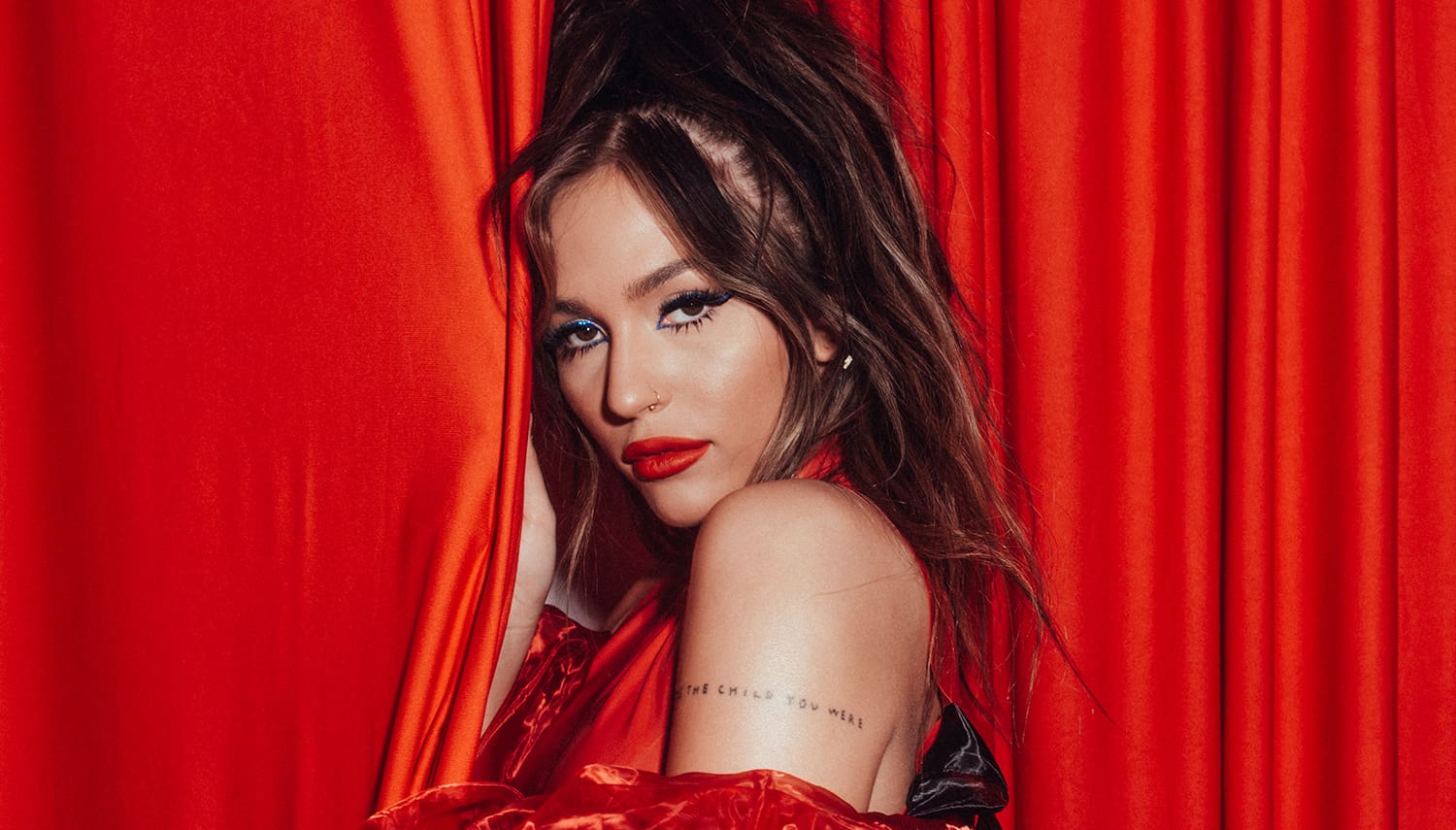 Lennon Stella’s stunning debut EP Love, Me showcased her aptitude to willingly dissect her own experiences to craft alt-pop songs that are undeniably catchy, yet still deeply rooted in overwhelmingly authentic emotion. Reflecting on her willingness to unearth her deepest thoughts and thoughts, she explains “I’m very, very open. It’s easier for me to open and 100% vulnerable when I’m writing. But when it’s somebody else’s story, that I’m telling as well, I’m mindful of that. Like ‘Breakaway’ is very much about my family.

“My parents were getting divorced and there was this whole shift in all of our lives. For me, it’s like a piece of cake writing about because I was just like this is how I’m feeling. But then, with my family, I had to consider if everyone was cool with the world knowing that we’re not all together.”

“Breakaway” evidently is a lyrically impactful song for Lennon, but its intriguingly intoxicating production also defined the sound of the EP as a whole. “I’d been writing for so long and the production for a lot of things was feeling too much like pop. When we did ‘Breakaway,’ it just felt so right, which kind of led the way for all of the other songs.” The production throughout her EP is stylishly spirited while playing testament to the often affectingly agonizing lyricism with a contemplatively brooding sonic undercurrent. Pondering that contrast she explains, “I love sad songs. If I could just sing sad piano ballads for the rest of my life, I honestly probably would. But I want to be able to perform at festivals and have it be fun and make people feel good as well. 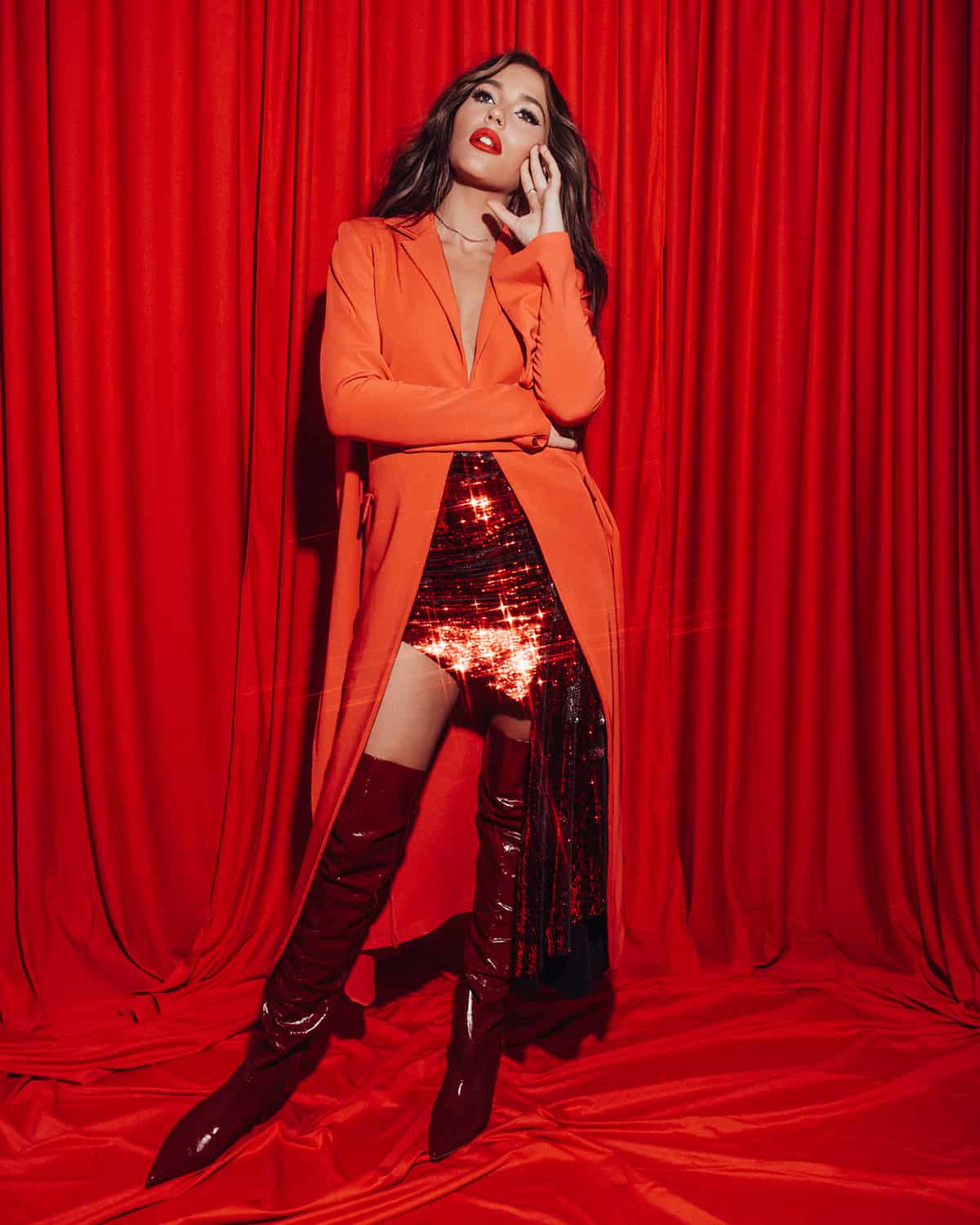 “I can’t sing a happy lyric. I just can’t do it, it always feels so cheesy to me unless there’s some sort of melancholy in it. If it’s a straight-up happy song, for some reason, it just doesn’t resonate with me. I want to perform songs that make you dance but lyrically I need a bit of weight and a heaviness to all my songs.”

Closing the debut EP is “Fortress,” a compellingly commanding track which is, in some ways, lyrically distinct to the EP’s other tracks. “The intention of putting it last was because that’s the moment of like breaking through, and I feel like the whole EP is like this struggle with different arguments in my whole brain and ‘Fortress’ is, kind of, this moment of getting through to the other side. It’s that moment at the end that leaves the EP on a high note.”

Although the song has already profoundly resonated with so many, Lennon was initially apprehensive about its inclusion on Love, Me. “‘Fortress’ was everyone’s favorite. Honestly, it wasn’t my favorite. I was not about that song, I do not know why. I feel like it’s because it’s just like the most me that I didn’t feel experimental to me at all. It was like boring to me, for some reason. It was my whole family’s favorite. I just like trusted them and I, obviously, I loved it and resonated with it 100% but I had written so many songs, I was so blinded at that point. Nothing was out so all I had was my family and the label’s opinions. 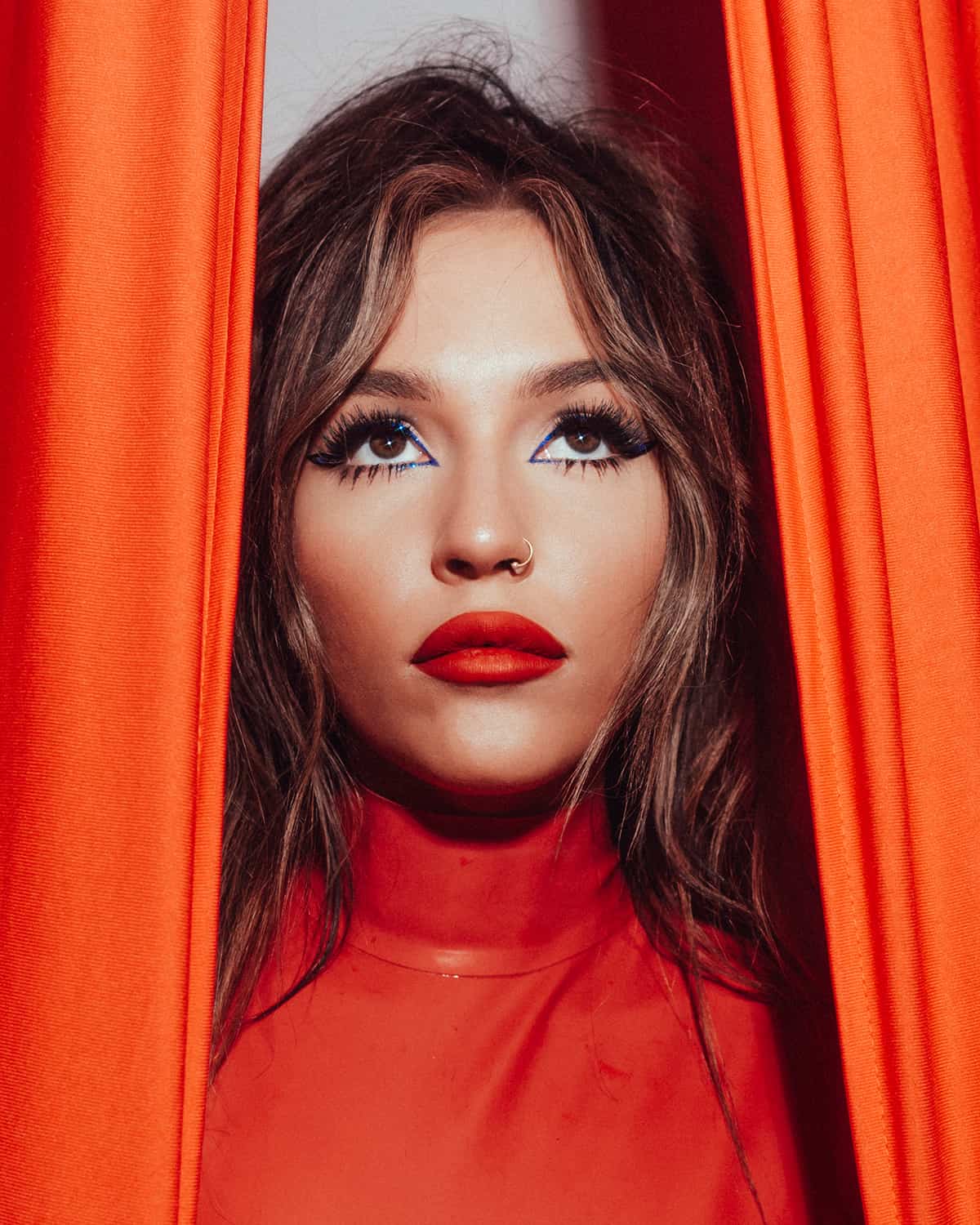 It changes so much when it’s out in the world and you can get outside opinions from people that aren’t being paid to tell you anything; they’re just telling you because they like it or whatever. It’s so different when you have the response of the world, it completely changes everything. I’ve been writing for so long, with no one hearing it, that I began to lose sight of what I actually liked.”

Her heartbreakingly honest lyricism sets her apart in an extremely crowded alt-pop market, delving into her songwriting process she explains “If something’s super fresh it’s really hard for me to go into a room of people and try and put it into words because I’m so emotional. I need a second to digest it before I can properly put it into words that I feel encapsulate how I want it to be.”

As well as her releasing her EP last year, the promotional tour for “Polaroid,” a collaboration with Jonas Blue and Liam Payne, saw Lennon perform live on primetime television and at London’s iconic Wembley Arena. “It was so scary because it wasn’t my song and I wasn’t able to be however comfortable I was, I had to be however comfortable Liam was. If it was just me, I would just be singing and doing my own thing, and no one would think anything of it. When you’re beside someone who’s done it for years and is 100% comfortable with dancing around and doing his thing, I had to be at that level. Otherwise, it’s going to look weird.” 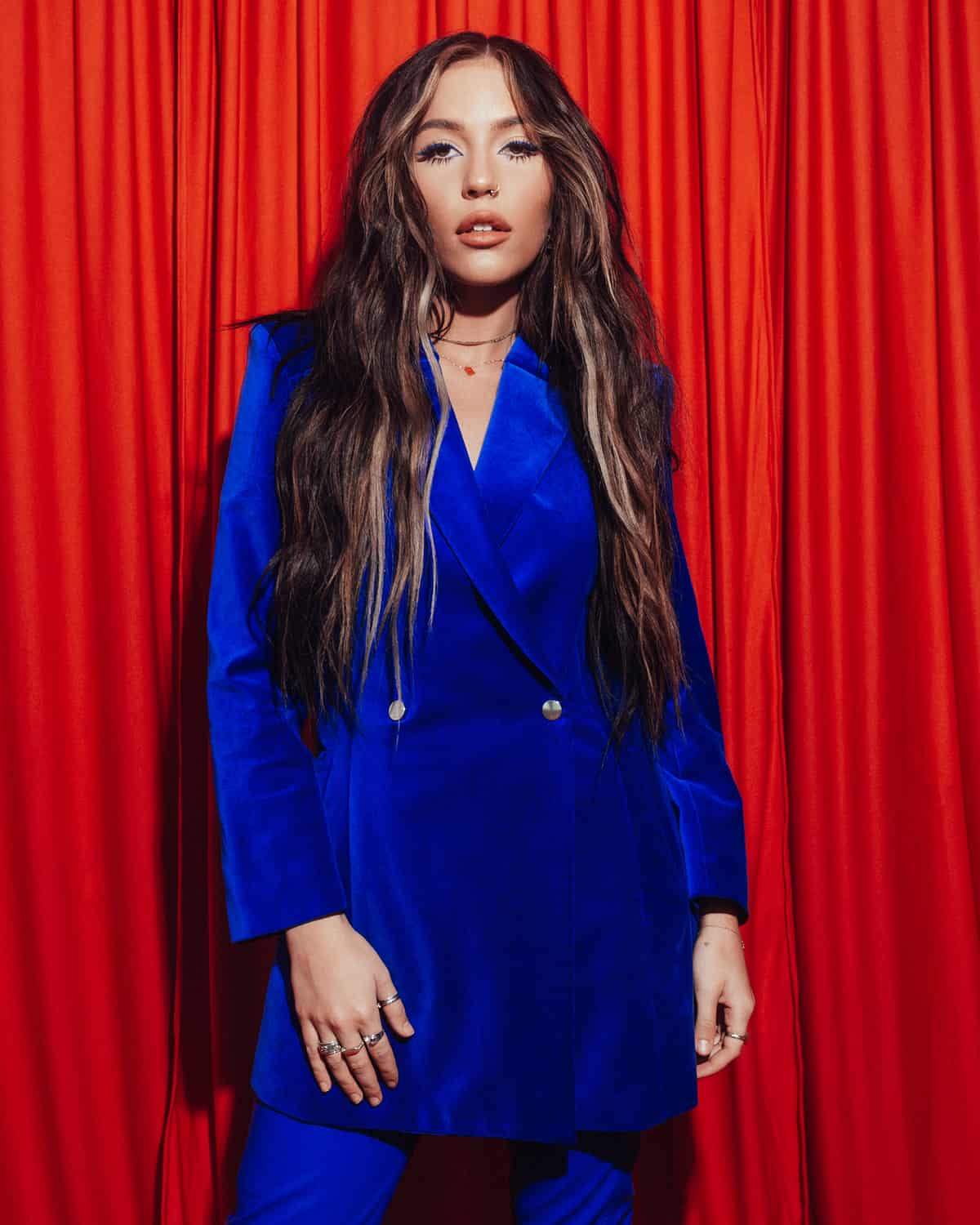 This year alone, she’s supporting 5SOS and The Chainsmokers on their US arena tour and Anne-Marie on her sold-out UK and European tour. “In a way, it’s almost scarier when you’re the opening act because the crowd didn’t necessarily go there for you so there’s this underlying thing where you’re proving yourself to them. But ultimately, I’m playing my own set with my own and I’m super comfortable doing that, so it doesn’t freak me out nearly as much as the ‘Polaroid’ stuff did.”

Before she embarked on her solo career, Lennon featured alongside her sister Maisy on the hit TV show Nashville. “People knew me as the character on the show and, for sure, that was something everyone needed to adjust to. I was definitely being mindful of that. I wanted it to be a smooth transition and not a very jarring shift to pop. Also, the stuff on the show was never me, it was always my character. I had no say in that, but people saw that like my music.”

Her first solo release in 2018, an acoustic track titled “Like Everyone Else,” enthralled with heart piercingly relatable lyricism, facilitating that seamless transition to her current sonically dissimilar alt-pop sound. Although the genre of music she now expertly crafts is completely divergent to the country sound she was once associated with, her broad range of influences and dedication to crafting alluring music that’s true to her makes Lennon Stella a truly extraordinary artist whose popularity is undoubtedly set to soar. 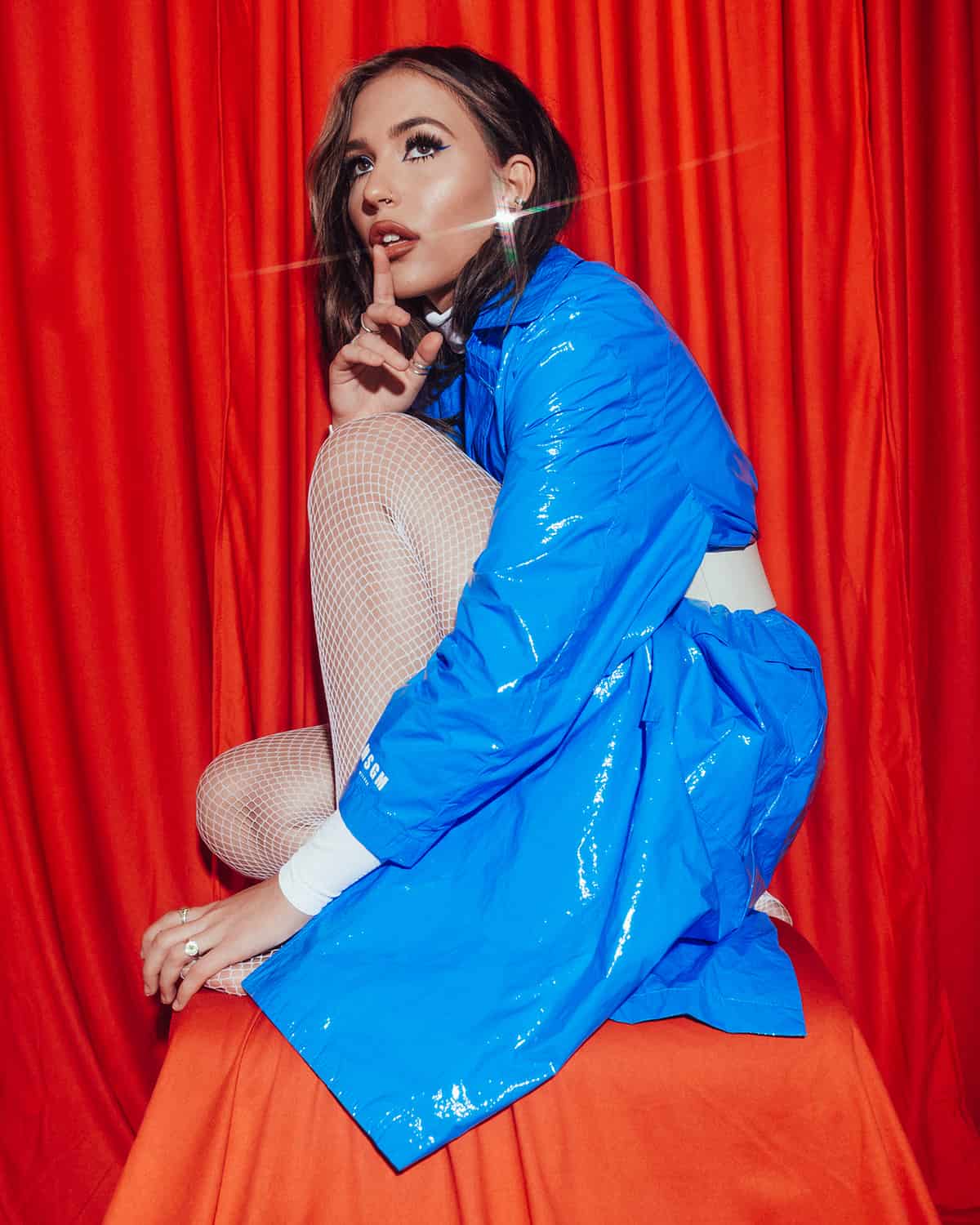