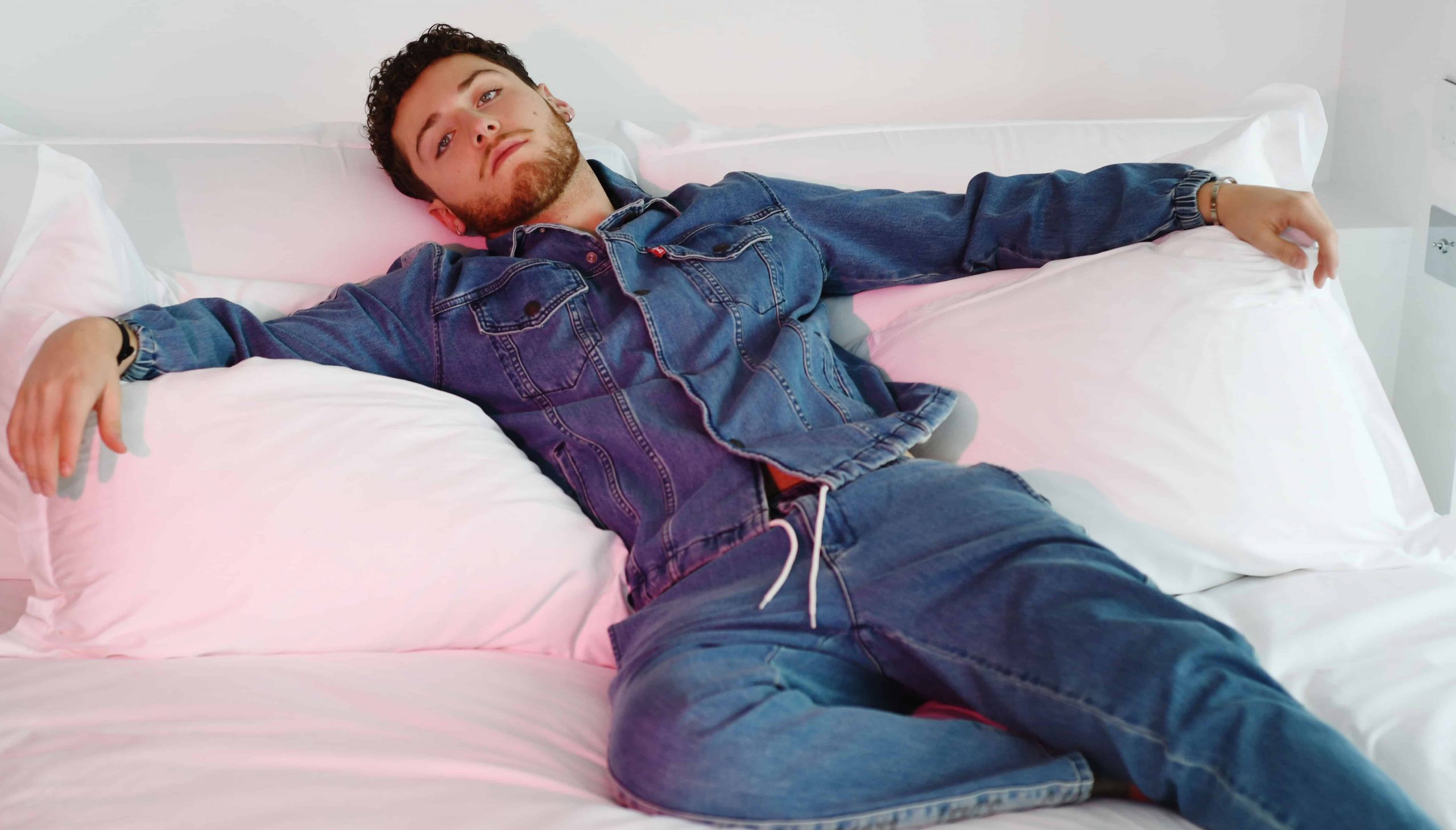 Building on the momentum of a viral hit is by no means easy but Bazzi has managed it seemingly effortlessly. Since the release of “Mine” in October 2017, which propelled his already blossoming career to almost unimaginable heights, he has cemented his position as an artist to watch with his debut album Cosmic, which spellbinds with palpable emotion.

Speaking of what he wants people to take away from Cosmic, Bazzi explains “I want people to just take away the feeling. Just you like said, every song is packed with emotion. And every song is packed with honesty and vulnerability. I want people to hear the human in me and relate it to themselves. So, hopefully, my success or my energy can inspire them to do something great in their life.”

All of the album’s 16 tracks clock in at under three minutes, forcing the listener to quickly absorb all the multi-layered emotions. “There’s no rule. People are always like ‘it’s so smart, it’s a genius idea.’ Really for me it has nothing to do with trying to be like that, it’s cool it worked out like that, but I really just make the music that I want to hear. And I know that I don’t personally listen to songs that are too long, but you know, then again, there are songs where I’ll listen to the entire seven-minute song. So, you know when the day comes where I feel like I need a bridge, or I feel l should put something in there, I’ll put it there. But, for now, I just make the music I like to hear and how I like to feel it and that’s usually faster.”

Although relatively short, each track serves as a part of a dynamic portrait of an intense emotional journey. He explains “The placing of the tracks is everything. For the order, for me, it’s definitely about telling a story. I think Cosmic is an album you can shuffle, and it’ll sound like you’re hearing it in the correct order or you can listen to it in the order that I intended, and I think my order is more along the lines of telling a story.

“Kind of going through the emotions and in that whatever state of mind I was in or whatever energy I was in, I like to bunch those songs together. So, you move through them and it flows onto the next thing and the next mood and the next feeling.”

“Honest” serves as one of the highlights on Cosmic, utilizing brooding synths and forceful drums to illustrate the complexing reality of human emotion. “It was very interesting from the start, it was almost like a therapy session. My buddy came in and we just broke the situation down and talked about it for like almost three hours before we even wrote a single thing. We just literally broke the situation down like I was in a therapy session, you know, what it really was, what was really happening, why things happened the way that they did. Then we wrote it. I would say it’s probably the most vulnerable I get on Cosmic. It’s the most real I get on the album so ‘Honest’ is a really important song.”

When asked about the challenges of uprooting from Michigan to Los Angeles to pursue his career, Bazzi humbly explains, “I guess the only real challenge was the finances. Because we kind of moved out here on a limb and we didn’t really know how we were going to live out here, but we just knew it would work. “I would say that was really the only challenge. Like even when things were challenging, we never saw it as an obstacle, it was just part of the journey and part of the path.”

His journey obviously led to “Mine” but Bazzi still can’t precisely pin down why the song has resonated with so many. When questioned about its’ astonishing success he simply said, “That’s a good question. I honestly don’t really know, I think it’s just random. At the end of the day, it’s not like a business model or like skincare or something like that, it’s music. So, it’s creative. I think people connect with things on like a singular basis and it’s always random. I really have no idea.”

Although seemingly perplexed by the randomness, he’s much more assured of the reasons behind his success. “My mentality is, you know, the exact correlation to my success. It’s everything. The main thing that’s really important for me is staying mentally healthy. It’s a very big part of everything.”

Though he initially grappled with fame with his success on Vine, the breakout success of “Mine” has led to some mind-blowing opportunities including coveted tour supports with the likes Camila Cabello and Justin Timberlake. When questioned about how he keeps level-headed, he explains, “The mindset definitely keeps me grounded because I’ve kind of accepted that cool things are cool things but at the end of the day it’s how you treat people. It’s about how you respect yourself and how you respect others. Those are things you can really hold on to and will always be special and always feel good, regardless of money or anything. I just try and keep it simple. You can get lost so easily so I’m just trying to focus on just being a good person and keeping my values pretty basic.”

Not content with just supporting some of the world’s largest artists, Bazzi has been commanding his own audience with his own thrillingly impassioned sets across festival fields globally and with his acclaimed headline shows. “I mean the experience is everything. It’s one of my two favorite parts. My two favorite pieces of everything is the recording process, I love creating music, and it’s performing the music and experiencing it with people is so amazing.

Despite his self-assured confidence and rapid success, Bazzi is determined to never let go of his undeniable passion for creating songs that he feels completely represent him, as both an artist and an individual. “For my motivation, there’s definitely a mix of a couple of things. I’m definitely motivated by fun. I genuinely enjoy making music, it’s really fun for me. I like making songs that make me feel great and that make me feel like I’m experiencing something that I’ve never felt or experienced.

I think music is the best part of life, I really do believe that. It can just hit a spot that no drug, no drink can hit. So, I like to make songs that hit that spot and that’s genuinely fun for me. What else motivates me? I feel like the fear of not being the best that I can possibly be. I try not to live in fear but a lot of the time I find that being the thing that pushes me to go a little bit harder and to work harder and to keep going and to keep my head down.” 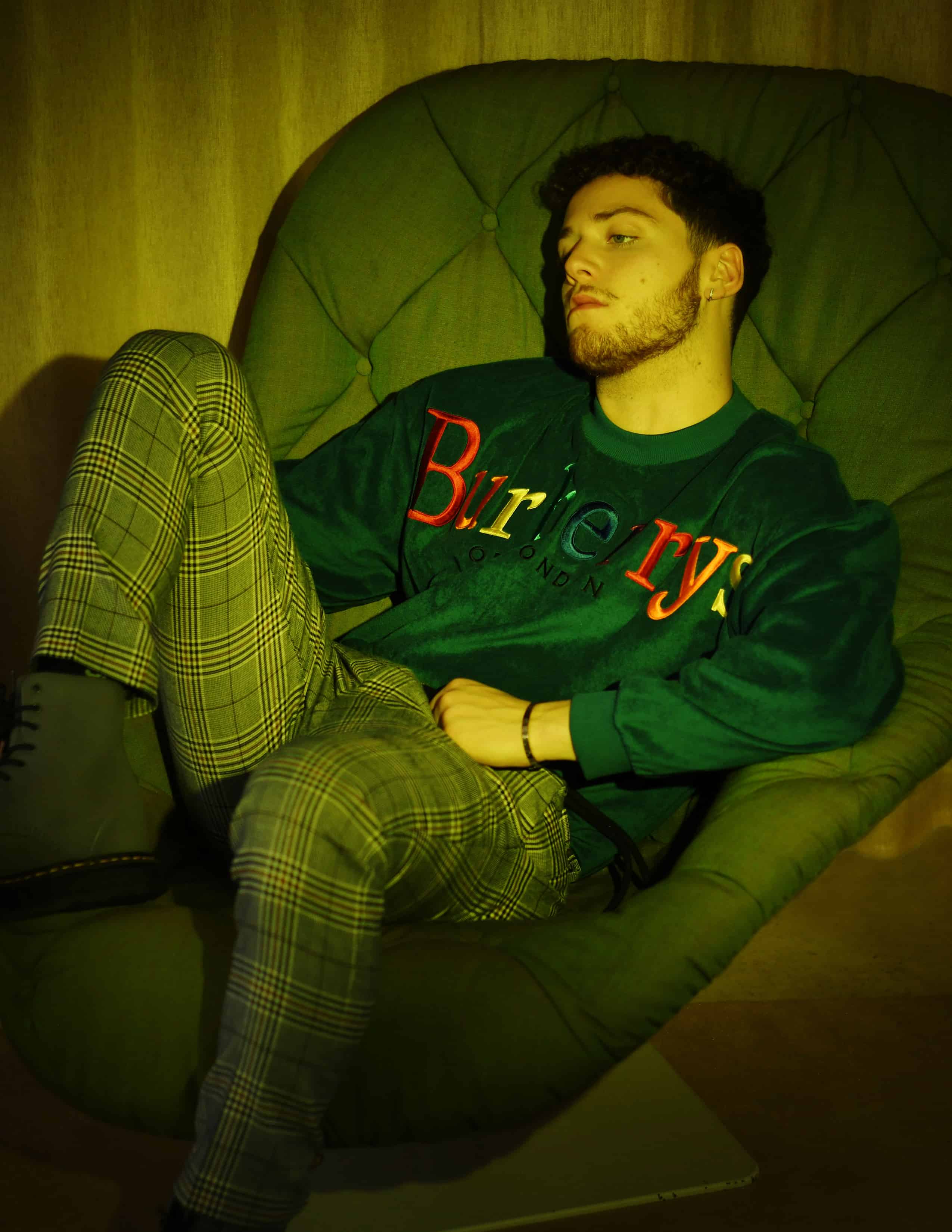