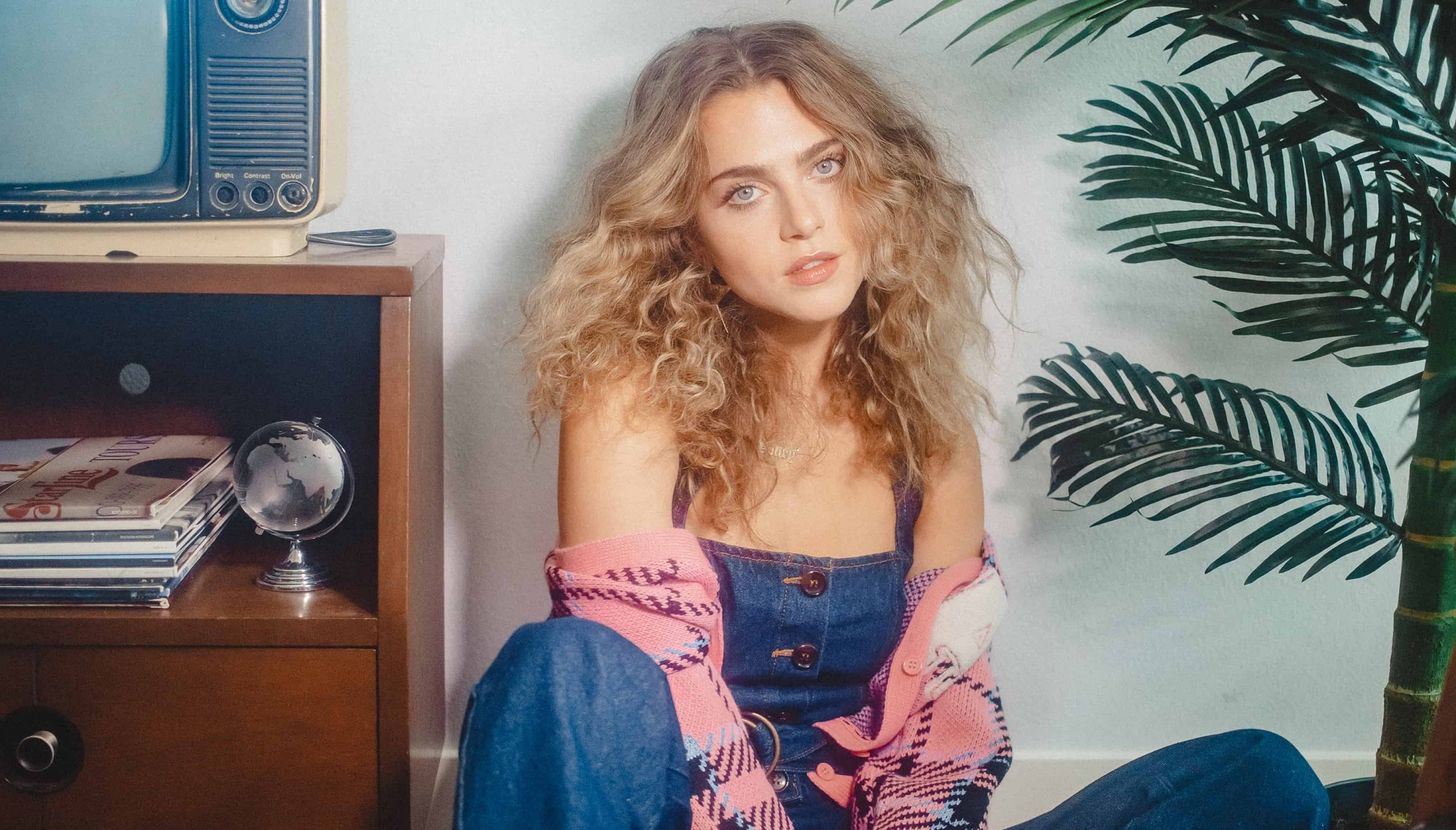 Do you remember the moment you realized you were meant to be an actress?
I’m constantly reminded that acting is what I’m supposed to be doing. I think every actor has doubted themselves even if they’re working! I always loved performing whether it was on stage or being filmed. Even as a kid I was a massive camera hog and always wanted to be in front of a camera. I realized it was my passion probably on my first indie film called Sand Castles when I was the lead. I had the most amazing experience and I’ve never seen myself doing anything else.

What has been your favorite role so far?
It’s so hard to pick, but I would say Mia in Zac and Mia. I just loved the vulnerability that the scripts allowed me to play with. The series is about two kids who are battling cancer. They share a wall at their hospital and fall in love. I actually won an Emmy for “Best Leading Actress in a Digital Series” for that role, which was incredibly humbling. I also just found out that the series will be airing on Hulu starting in December and the second season will be airing in 2019.

What would you say is your dream role?
I really want to play a superhero. I’ve auditioned and come close to so many Marvel projects and I’ve gotten my hopes up for playing a superhero, so I’m ready for that next (laughs). 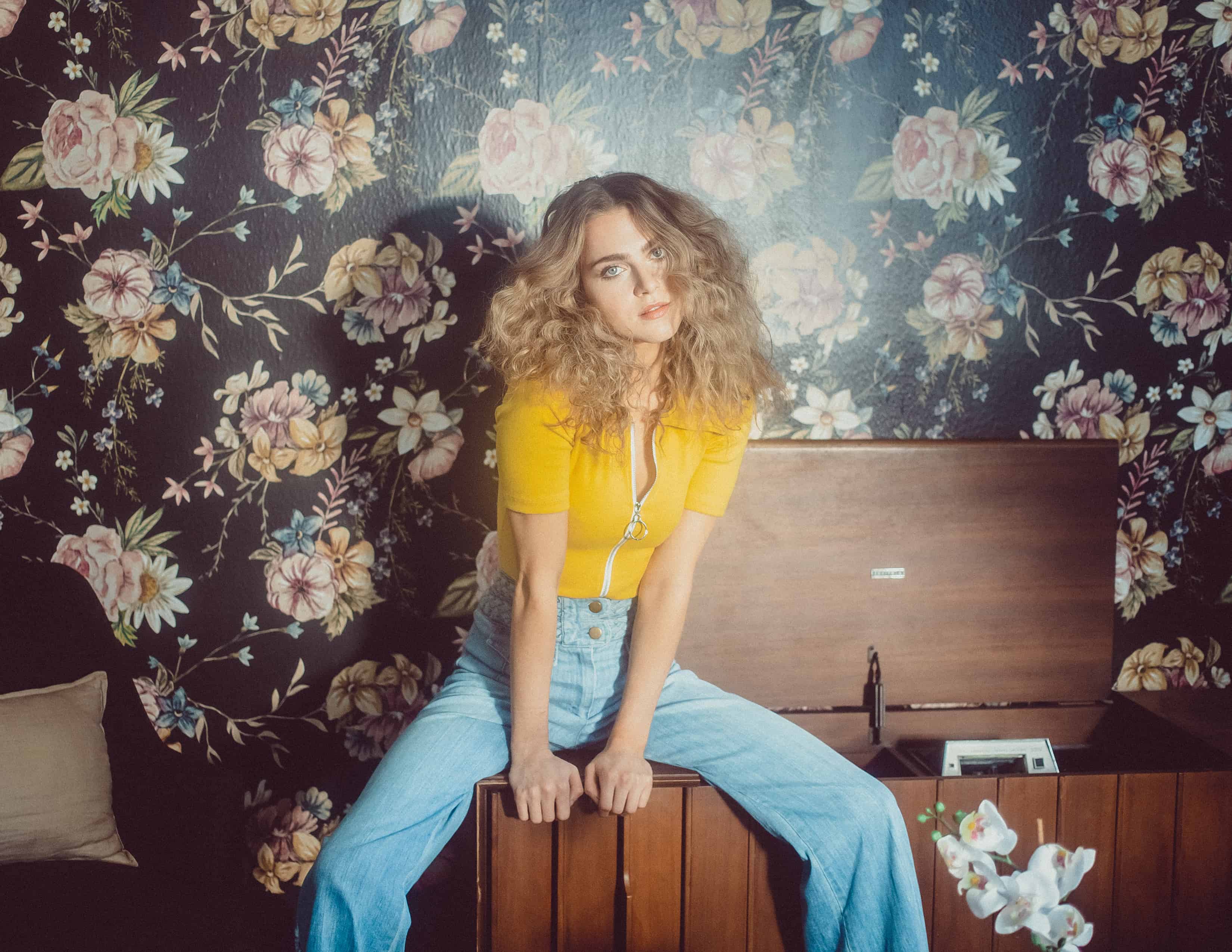 What are some shows and/or films you can always watch?
FRIENDS. I always put that on or Sex In The City. Also, since the holidays are coming up I always have to watch Elf at least once. It’s my favorite holiday film.

Who are some actors/actresses that inspire you the most?
I love Naomi Watts! I think she is so genuine and truthful with every character and I still don’t quite know who she is as a person, which I really admire in an actress. I want to be there with you on the journey you’re taking through a character and she does an amazing job with that. I have been told I remind people of Brittany Murphy on-camera who I also love. She was very bubbly, fun and different.

What are some of your favorite genres of music?
It really depends on my mood. I heavily rely on music for different characters I have to prepare for. For example, when I’m trying to get into a dark headspace I can put on some indie music. If I’m driving and having a great day, I’ll listen to R&B, pop or my favorite artist at the moment, Tori Kelly.

We loved the complexity of your character Chloe in Thirteen Reasons Why. You portrayed a visceral vulnerability that was very timely considering the social landscape at the time of the premiere. How did you tap into that role?
I try not to draw too much from personal experience because I think every character has a completely different headspace than my own. I genuinely lived those experiences on-screen as if they were happening to me for the first time. I prepared my mindset and my goals, but other than that you have to let everything go and see what happens on-set with the other actors.

You mentioned online that “love goggles” often blind people from reality and the seriousness of some situations, which related back to your character. We saw for a moment that Chloe had taken these goggles off, but ultimately decided to side with Bryce. For a lot of fans, they felt betrayed, considering the horrendous things Bryce had done. How did you feel while reading the script?
As Anne playing Chloe the character, I was like “ugh come on girl, get it together!” I think that when you put so much weight on your social existence and reputation, it takes a lot to stand up for yourself – especially in high school. Chloe took the easy way out, but I actually loved the way it was written because it’s very relatable. I think girls at home watching can learn from Chloe.

Season 2 ended on quite the cliffhanger. Is there anything you can tell us about Season 3? We learned Chloe is pregnant – how will her character further develop through the season?
I can’t say too much, but it’s definitely worth watching! They are completely turning the tables this season in every aspect. You’ll have to wait and see what I mean!

How do you think Katherine Langford’s departure from the show will affect other characters in the telling of their stories?
I wasn’t sure what was going to happen this season because of that, but they definitely found a perfect way to evolve the storyline into something that’s just as heart-wrenching.

We saw that you’re working on a new ABC series, Grand Hotel – executively produced by Eva Longoria! Can you tell us about how it came about?
It was my last audition of pilot season, and I had tested for a few other projects too. I was actually on hold for the new Charmed reboot at the time! My character Ingrid in Grand Hotel was originally supposed to be German with an accent, but they loved my take on the character and I booked it almost right away. I’m so excited about it to start airing!

Can you tell us a bit about the series? Your character?
I play Ingrid, who is a maid at the hotel. The show is based on the original Spanish series called Gran Hotel. The ABC show is a contemporary take on the original that involves the drama between the upstairs and downstairs of a hotel in Miami and everything in between.

You’ve already earned yourself a few awards – Can you recount the moment you heard your name called when you won?
My boyfriend Taylor actually got the perfect video of me when my name was called. It’s on my Instagram @annewinters if anyone wants to watch it! I didn’t think I would win but when they called my name my jaw dropped and I literally can’t remember anything after that – I was in shock and so excited.

What’s next for you for the remainder of the year? What can fans expect in 2019?
I’m going to finish up filming Grand Hotel and Thirteen Reasons Why. After that, I’m so excited to see what the new year has in store for me. The thrilling part of this job is not knowing what’s next for your career. I will say that I’m sure that whatever it is will come with new life experiences and challenges. I can’t wait to see what that is. Wish me luck!