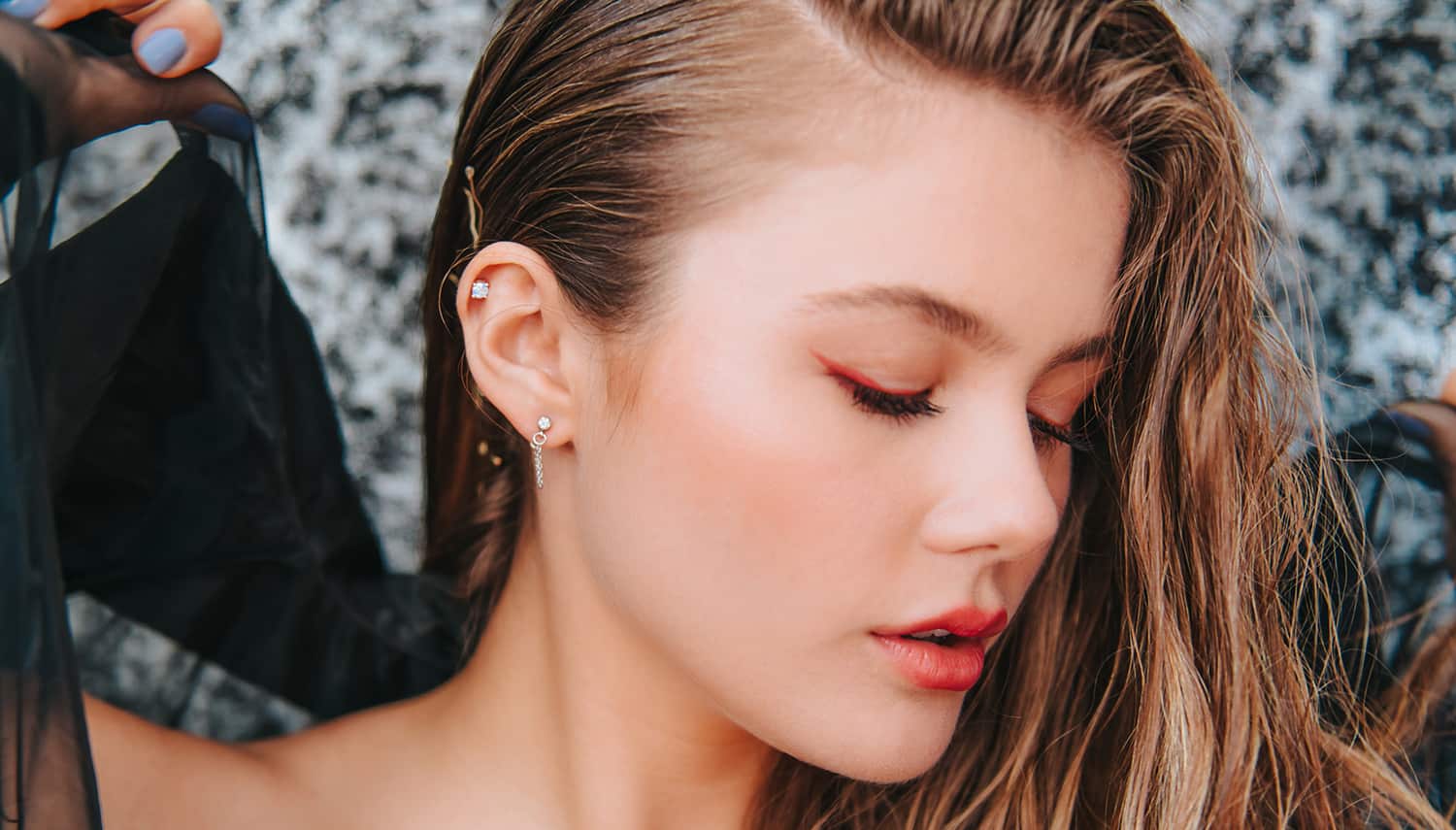 Who are some actors/actresses that inspire you most?
Angelina Jolie in Tomb Raider is what inspired me to get into acting but her work in Girl, Interrupted is what I study for my work now. Also, Timothée Chalamet is a huge inspiration to me because of the naturalism of his work. It’s so beautiful and mesmerizing to watch.

What are some of your favorite genres of music?
I love all kinds of music– it personally just depends on my mood. The one band that’s always been a favorite of mine for the longest time would be The 1975, to the point a lot of people associate me with their first record.

When did you get started in music?
I’ve always loved music growing up, but I didn’t start creating my own music until I moved to Los Angeles. I really turned to it during a time where there wasn’t anything moving forward in acting so I wrote out my thoughts and created music. I found a release in it and it’s been a release ever since. Now it’s just a more grown-up version. Oh, and now I’m actually touring! 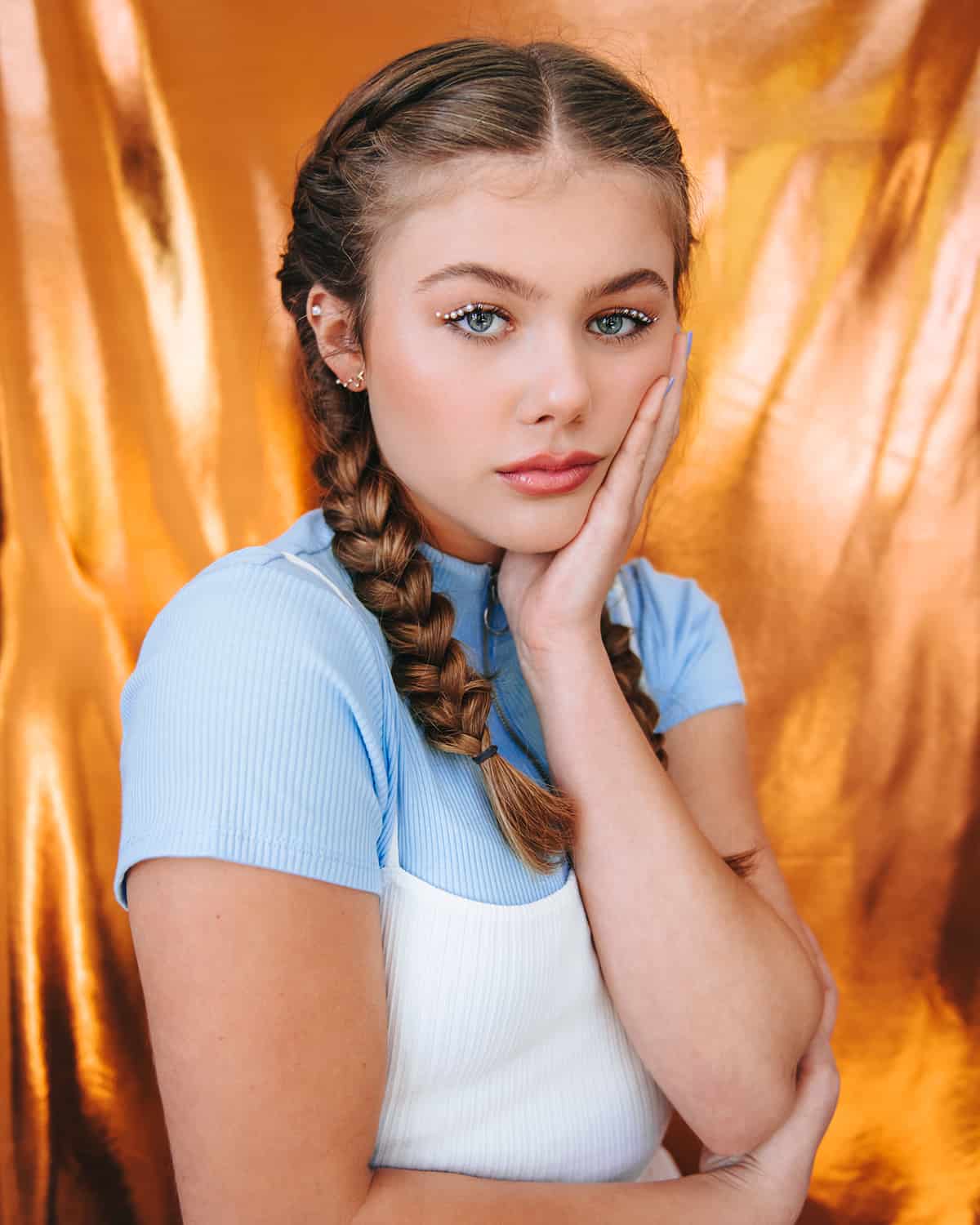 Can you tell us a bit about your most recent release?
I am releasing a new single on March 14th called “I’m Sorry.” The song is more of a chapter closing in my life. It’s about how
I fault with love and personally, it’s the most honest song I’ve ever put out.

When can fans expect another?
This spring! New music is coming and I’m so excited for everyone to hear it!

What was it like when you found out you were cast as Gwenny in Alexa & Katie?
I was so excited! I knew it was going to be an experience to grow with the character and really get to figure out her story.

What was your process like preparing for the role?
I think my process for Gwenny was just creating her world. No one knows this but I would jam “Barbie Girl” by Aqua and “Formation” by Beyoncé to get into her mind before scenes. 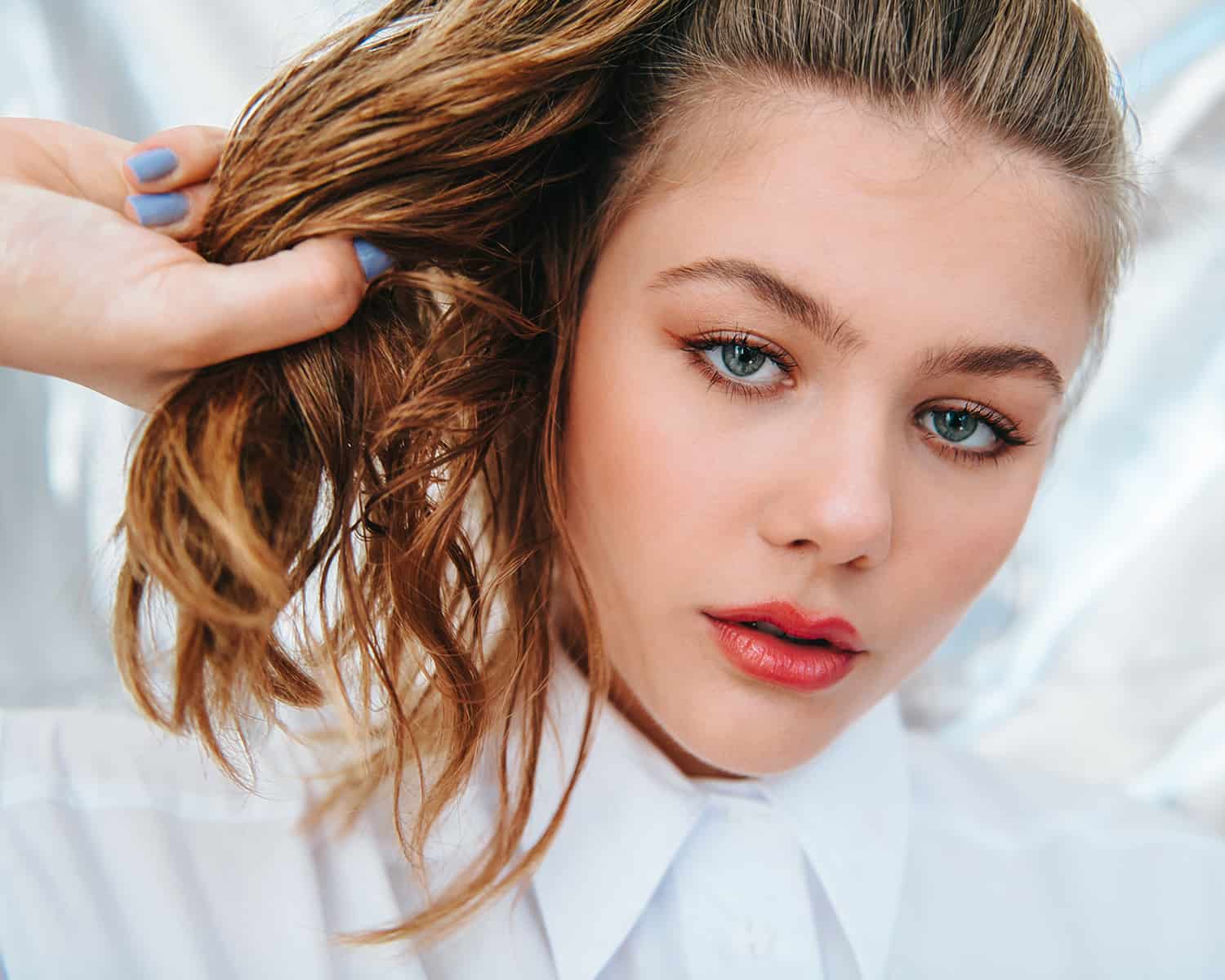 What’s been your favorite part of playing Gwenny?
Gwenny always has these super out moments (ex: spider on the shoulder, spray tans, chicken noises, hashtag everything) and her dialogue on how she deals with situations is hilarious because it’s so un-myself.

What’s next for you?
I am finishing up season two of SEAL Team on CBS as Emma Hayes, I have a film called Do Not Reply coming out where I play a character named Meagan who deals with Stockholm syndrome, and I am working on more music!