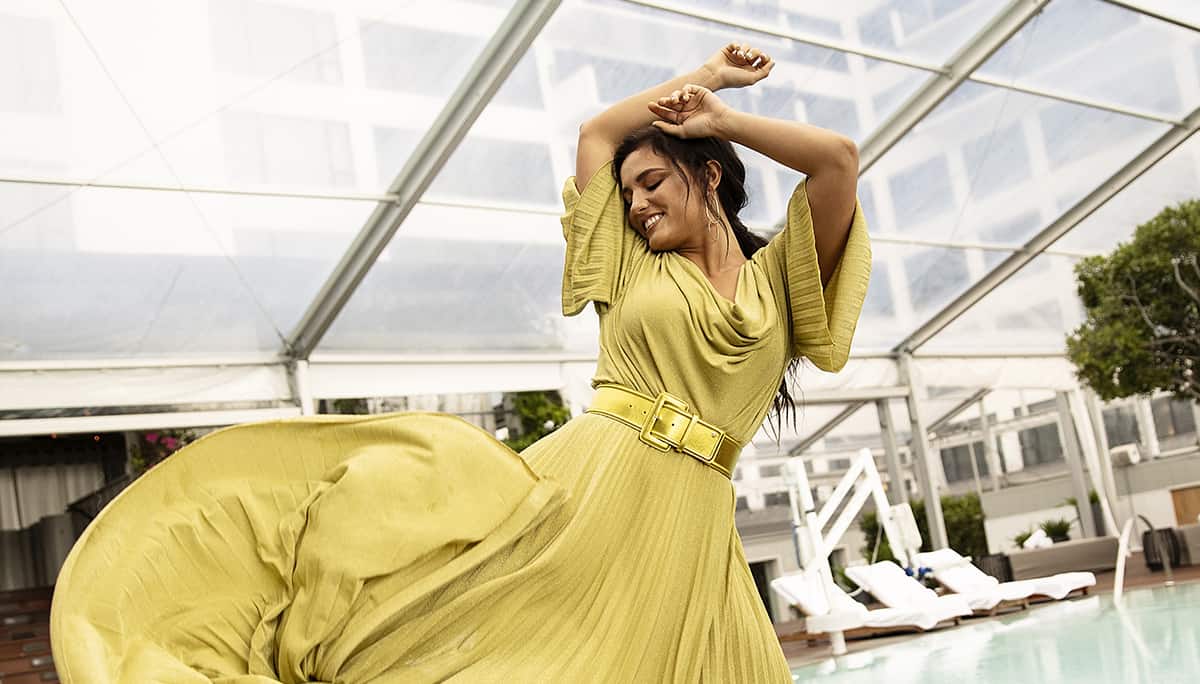 When did you begin dancing?
When I was a little over two years old. A bit more like dress-up in tutus than dance at that age though.

When did you go competitive? What was the transition and training like switching over to competition?
All I can remember was competing but I switched to a more serious studio when I was 7. Classes just got a little longer
and the movement more advanced the older I was.

Who were some dancers that inspired you growing up?
Gev Manoukian, Janelle Ginestra, Tucker Barkley, Travis Wall, Blake McGrath… There are so many that it would be impossible to name them all. 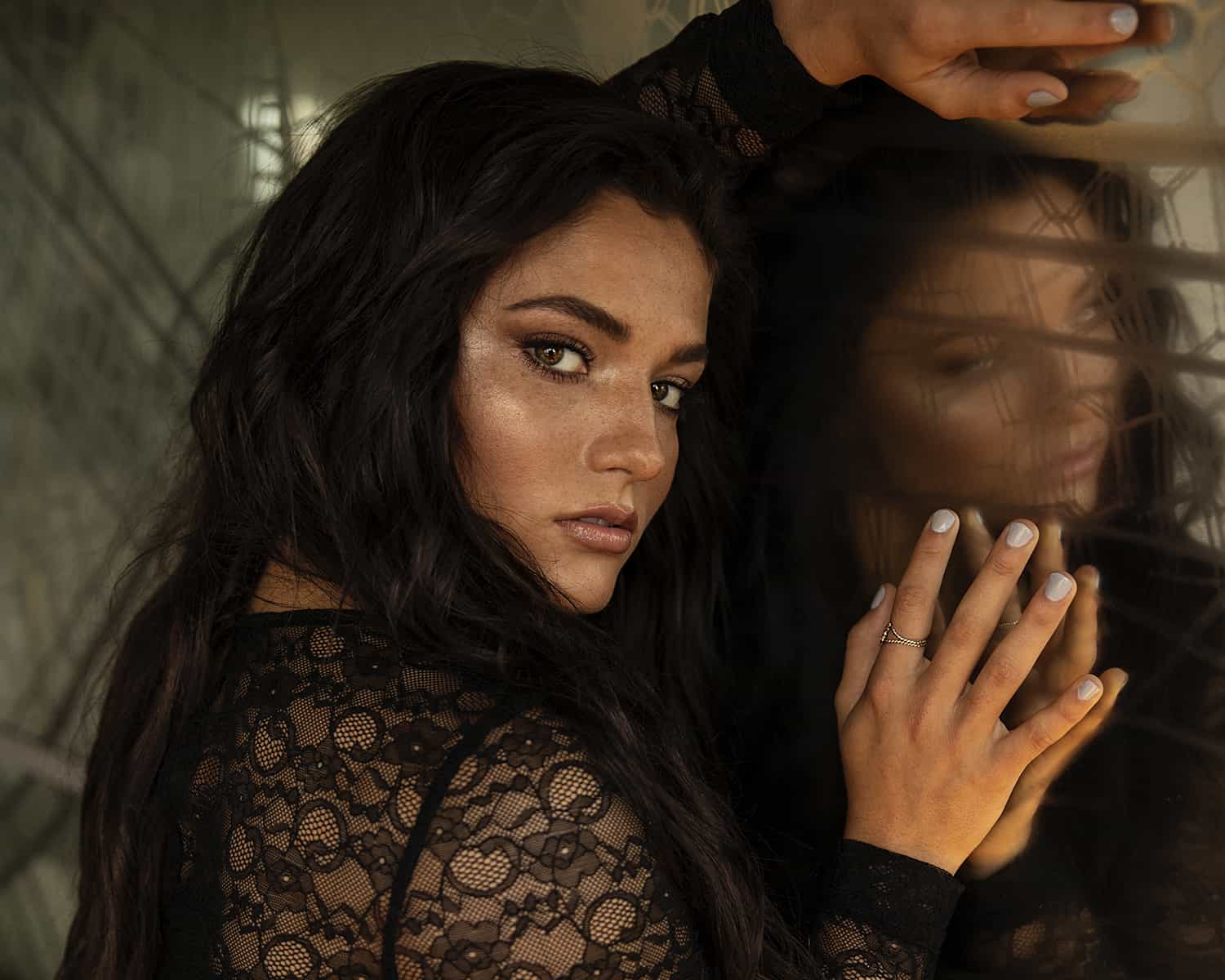 When did you make the move to LA?
I was just kind of going back and forth between Utah and LA starting around 12 years old. My weekly trips eventually became monthly and then multiple months at time. It’s kind of hard to say when I “officially” moved out, but maybe around 14.

We, like many others, discovered you through the viral dance videos choreographed by artists like WillDaBeast,
Brian Friedman, Yannis, Jojo, etc. When did you begin to see a spike in your following?
I would say that the “Bitch Better Have Money” video choreographed by Tricia Miranda was the catalyst. That said, I started in the industry around the same time that platforms like Instagram started getting popular so there was a sense of immediate, organic growth from the start.

You’ve gotten a lot of love from the artists whose songs you’ve performed! Who was the first artist you remember resharing or commenting on your dancing?
It’s been awesome watching artists appreciate dance. For me, the first real recognition from an artist was from Chris Brown when he reposted my performance of “Privacy” choreographed by Nicole Kirkland. 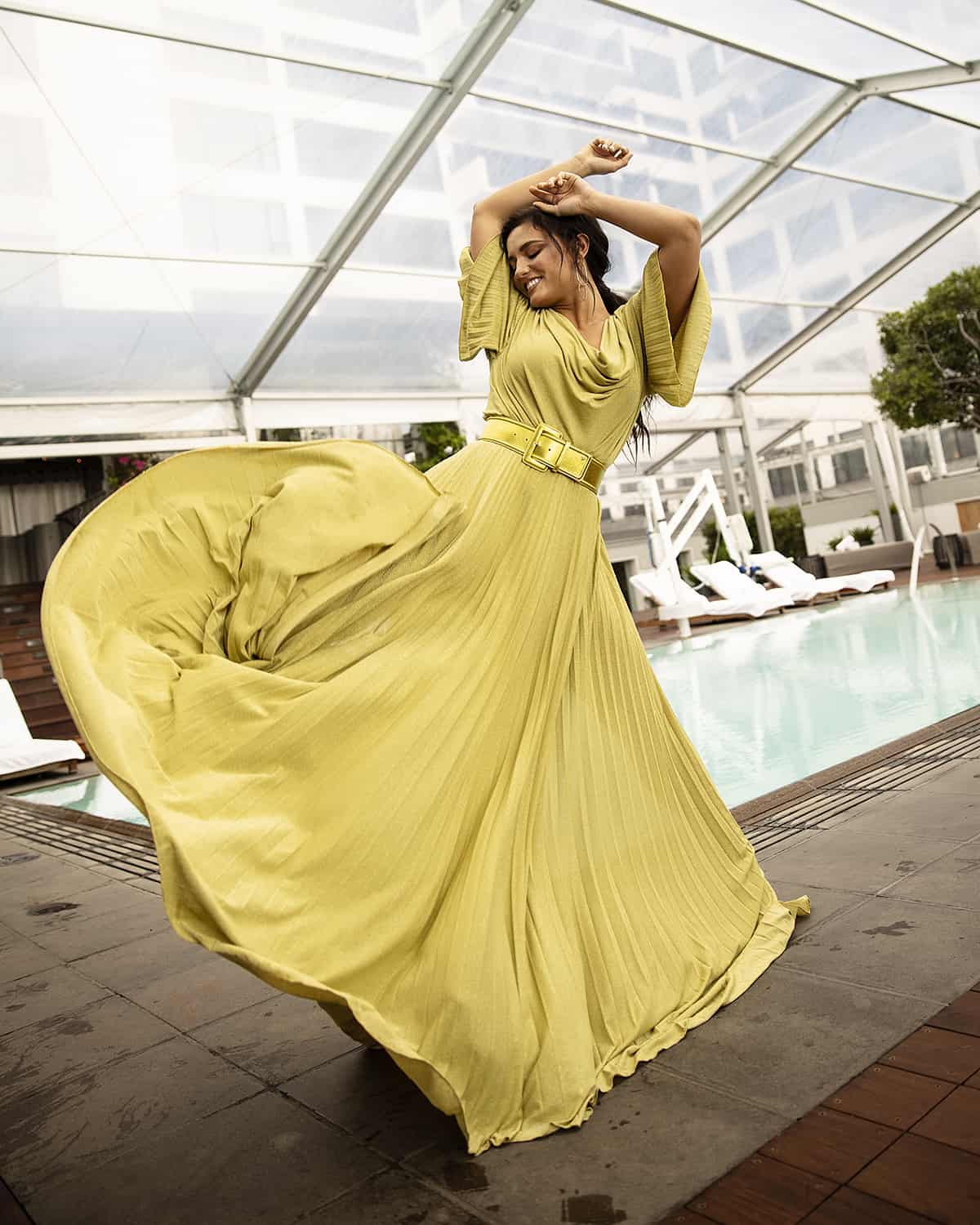 With social media being the tool that it is, you’ve been able to partner with Fit2BeIt. Tell us a bit about the partnership.
My partnership with Fit2BeIt was born from our mutual desire to spread a message of health and wellness. I think it’s important for young people like myself to know and understand their bodies and make a conscious effort to better themselves. We only get one body and when treated with respect and care it can be very powerful.

You’ve already worked with some amazing artists, how did you link up with Alex Aiono for his music video “Work The Middle”?
I would say this a perfect example of social media acting as it was intended, a networking tool. Alex and his team hired Will (Willdabeast) and asked for myself and a few other dancers. It was such a fun project and Alex and I very close to this day.

And most recently you performed with Halsey to “Without Me” on The Voice and killed it! How was it preparing for that performance?
It was kind of out of the blue. Her team contacted me two days before the performance. I don’t think I realized the magnitude of the message until we went through the performance details. I have so much respect for Halsey. She uses her influence and music to spread such powerful and just messages despite potential criticism. I think doing what’s right versus what’s easy is something to be admired. 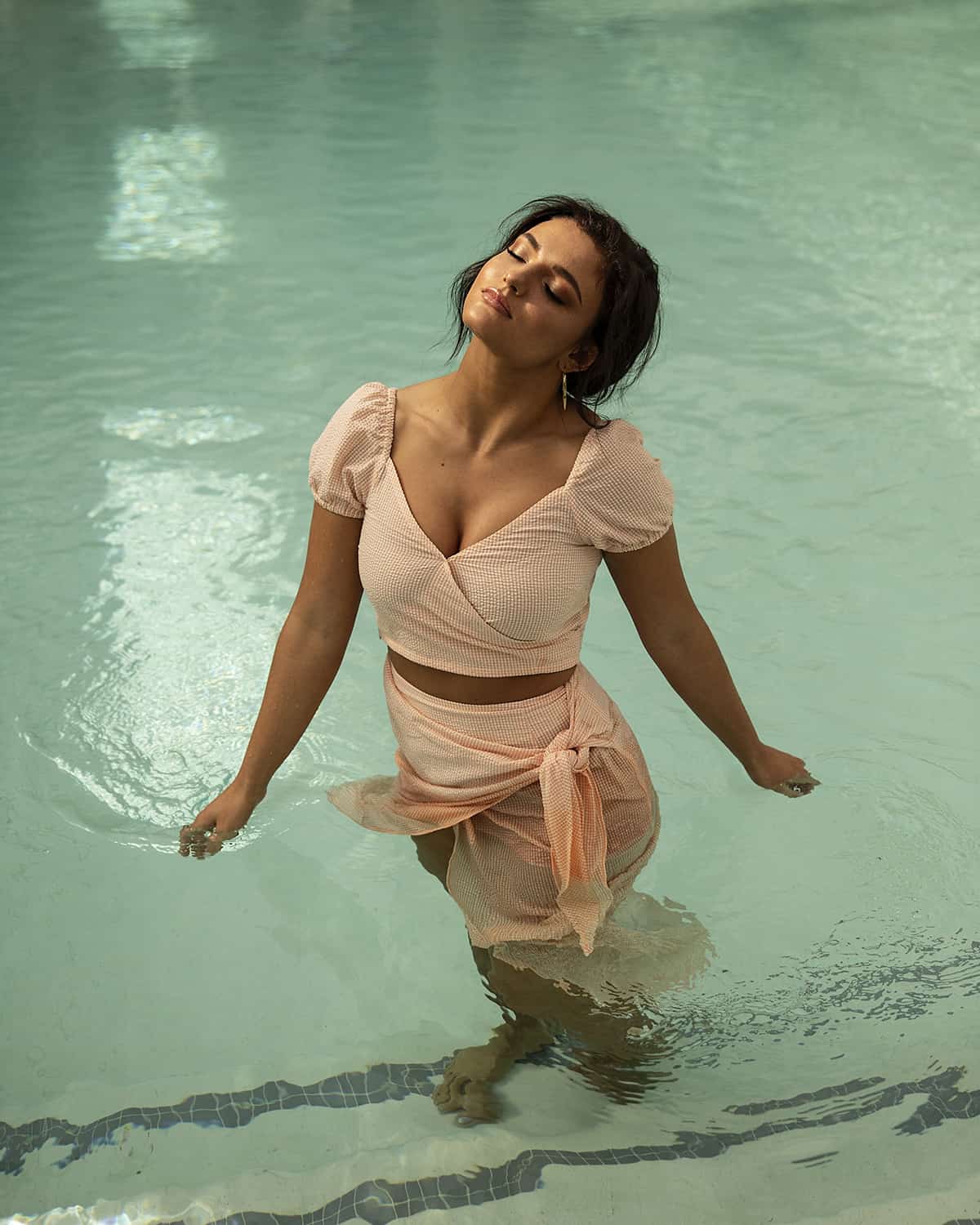 How did it feel when you got cast as Odalie in Step Up: Highwater?
It couldn’t be more perfect. I had been trying to steer my career in the direction of acting but had reservations about having to give up dance if I landed a big role. This was the perfect opportunity for me to combine the two things that l love most. It was a dream come true.

What was the process like preparing for the role?
I had been preparing for something like this my entire life. For me, the preparation was really focused on being my best in mind, body, and soul and trusting myself to make good decisions as an artist.

What can you tell us about the experience training for the latest season?
I think I pushed myself to improve even more this season. When you have a previous season to reference, you are able to watch yourself and grow toward a better you. My goal is to always be improving myself in all facets of life.

Is there anyone in the cast that you really click with?
That’s a tough question because I genuinely love everybody that I work with. I think Carlito and I have developed an extra special bond. We share so many intimate moments in front of the lens and he has this innate ability to turn around be my best friend
a minute later. 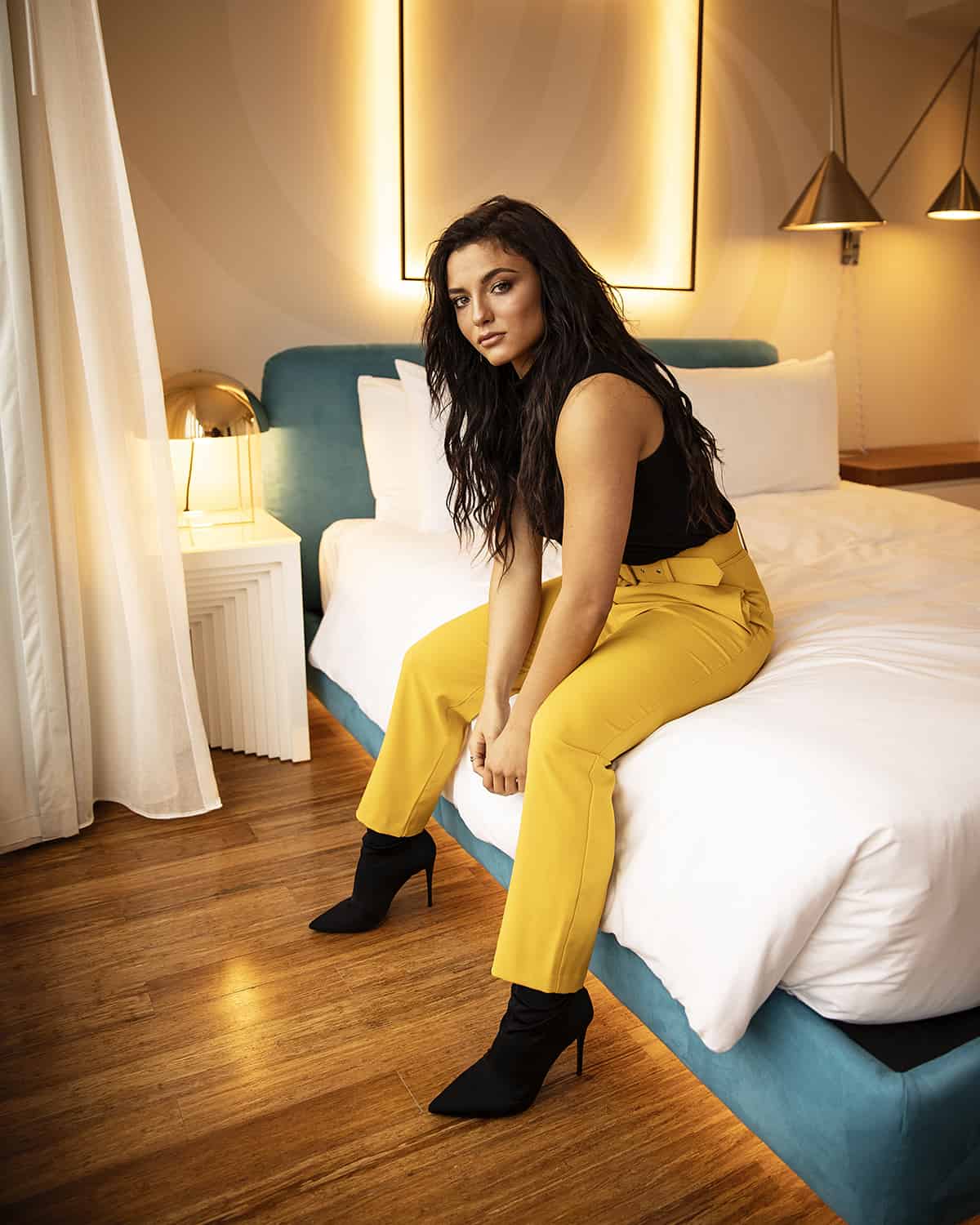 What can you tell us about the upcoming season?
Drama. Dance. Action. You will just have to watch if you want the full rundown.

What do you hope your audience takes out of your channel and social presence?
I hope that people feel supported and inspired to break down their own barriers and become the people that they want to be. I come from a very normal upbringing and hope that my message can be that anybody can do anything if they set their mind to it.

If you could give your younger self any advice, what would it be?
That not everyone has to like you. If you are following your heart, there are bound to be people who aren’t interested in seeing you succeed. Do you and keep pushing to be your best self. 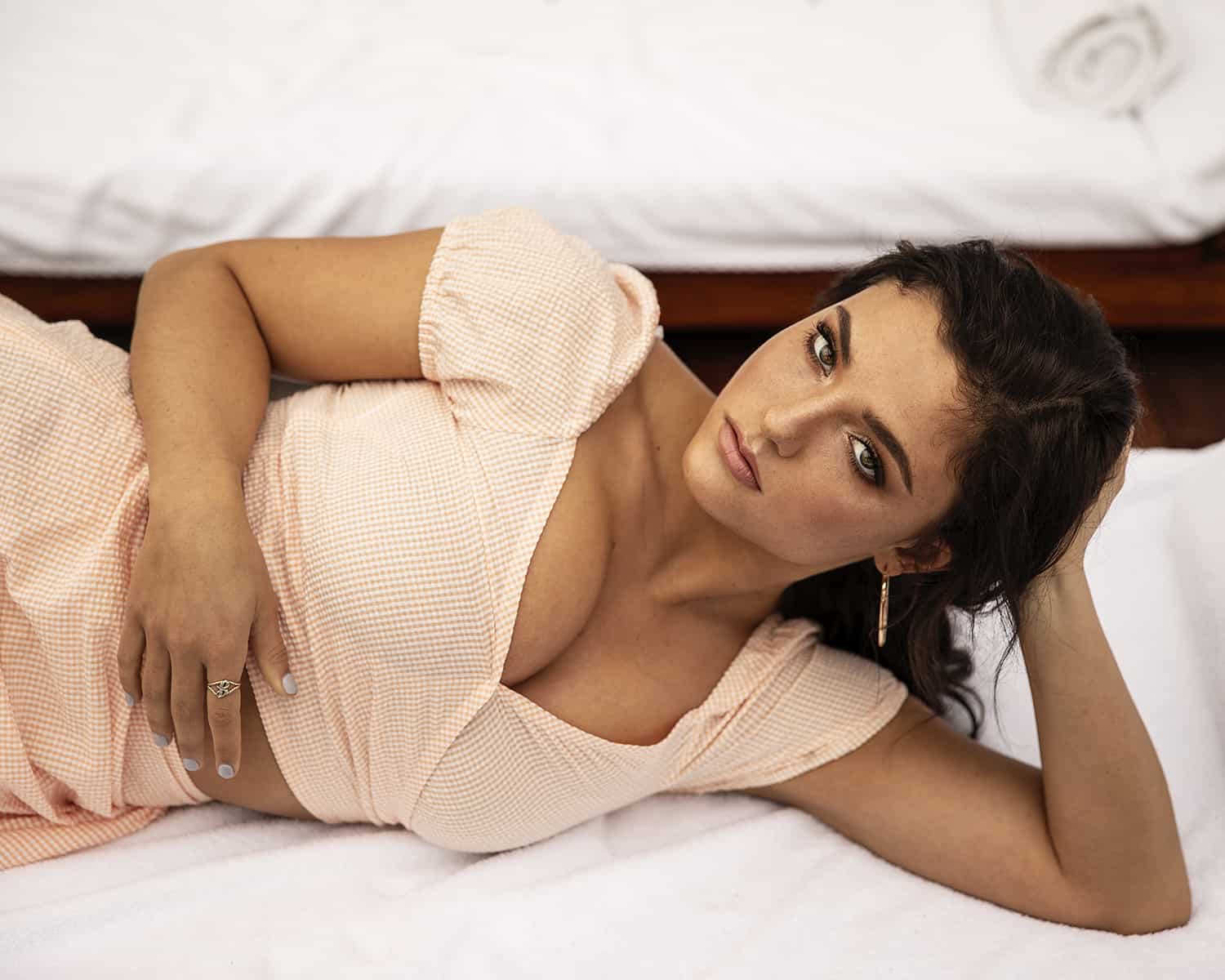