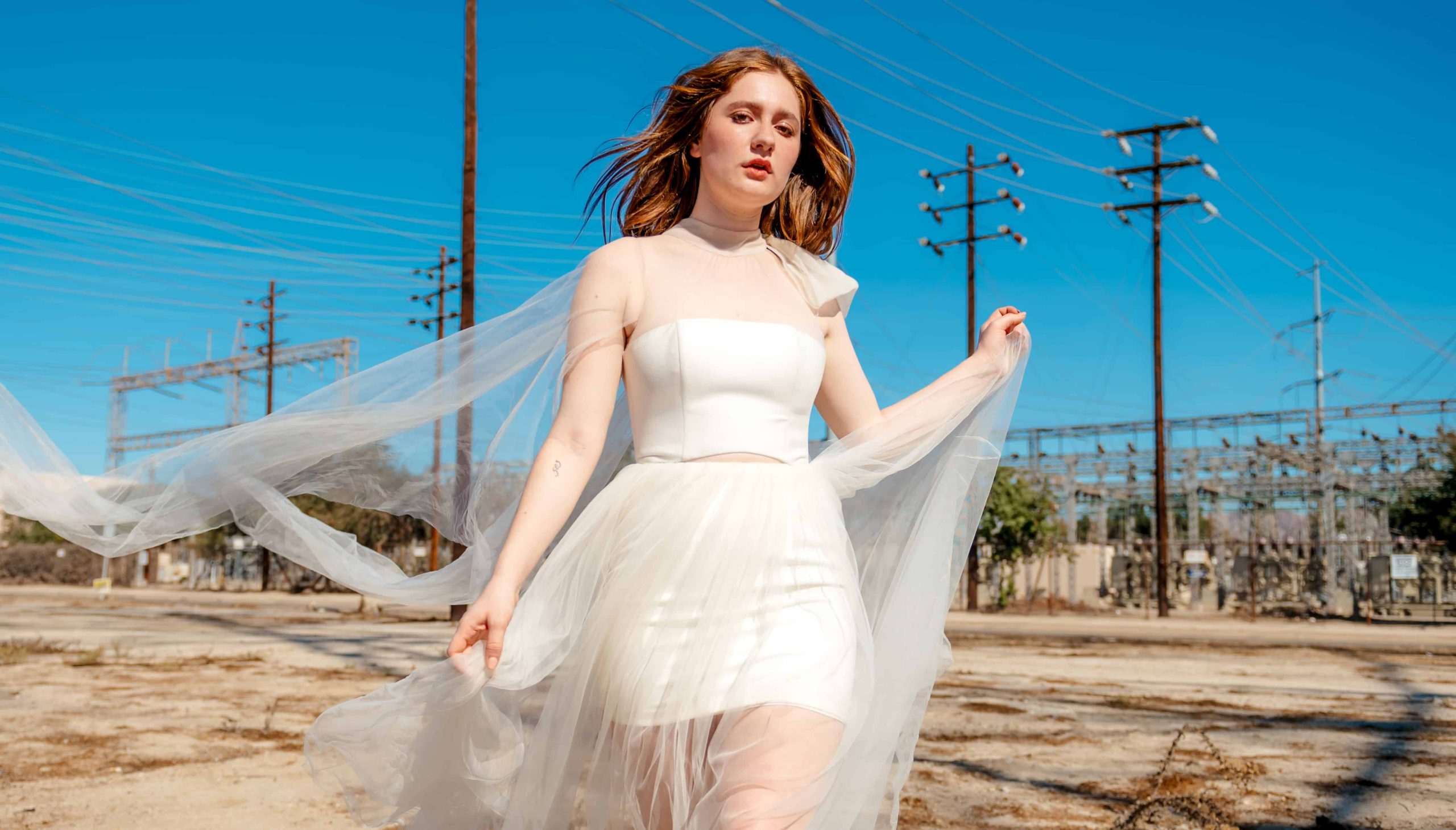 At 19 years old, Emma Kenney has already built a career that most work all their lives toward achieving in Hollywood. For the past 10 years, she’s given life to Debbie Gallagher, the Gallagher clan’s slightly rebellious, stubborn, and very loving younger sister, on Showtime’s Shameless. The family’s scandalous and hilarious patriarch, Frank, is played by none other than the Emmy-nominated William H. Macy, and the group’s mother-like figure comes in the form of Emmy Rossum’s Fiona, the eldest Gallagher sibling.

When describing her Shameless character, Kenney says she sees Debbie as a “chameleon, she’ll accommodate to her surroundings, and very much wants everyone around her to feel good, supported, happy, and safe.” That’s as perfect of a description as one could achieve. Watching Debbie Gallagher grow onscreen for the past nine seasons has been nothing short of wonderful. The public has seen her go from a doe-eyed kid who’d always have her father’s back and hope that the Gallaghers could live under one roof and be a conventional family, to a heartbroken teenager turned into teen mom, and more recently a badass, feminist welder who wants to topple the patriarchy while exploring her sexuality. It’s quite the journey, and one Kenney is glad to have embarked on.

Recently, co-stars Emmy Rossum and Cameron Monaghan, who play Fiona and Ian Gallagher respectively, announced that season nine would be their last on the show. Monaghan’s character took his final bow before the mid-season finale, while Rossum is set to leave by the end of the second half of season. “We all started the show at such young ages and at such different points in our lives, so it’s kind of amazing to watch them grow up and turn into who they’ve turned into today” Kenney passionately recounts of her departing cast members. With Fiona’s motherly figure and the third oldest sibling gone, Kenney says she thinks Debbie will definitely step up and have more responsibility in the Gallagher household.

Shameless recently celebrated 100 episodes, a milestone that few shows can say they’ve earned. “Being able to do 100 episodes with people I’ve grown with and care for so much on and off camera has been incredible” says Kenney, “It’s a really special feeling that we get to connect with our amazing audience members throughout the world and grow with them as well.”

“Connect” is a word that Kenney uses a lot. As she enthusiastically talks about all her different projects, it’s clear that her aim is to challenge herself and grow, but most of all, she just wants to make meaningful work that allows her to connect with people. Empathy and passion make her move forward, always hoping that whatever she makes will touch someone else’s life and make it better. This capacity to reach and positively affect others is what, she claims, drives her to family-centric projects where she can be part of the average American family and show people all over the world that regardless of what they and their family go through, they’re not alone. 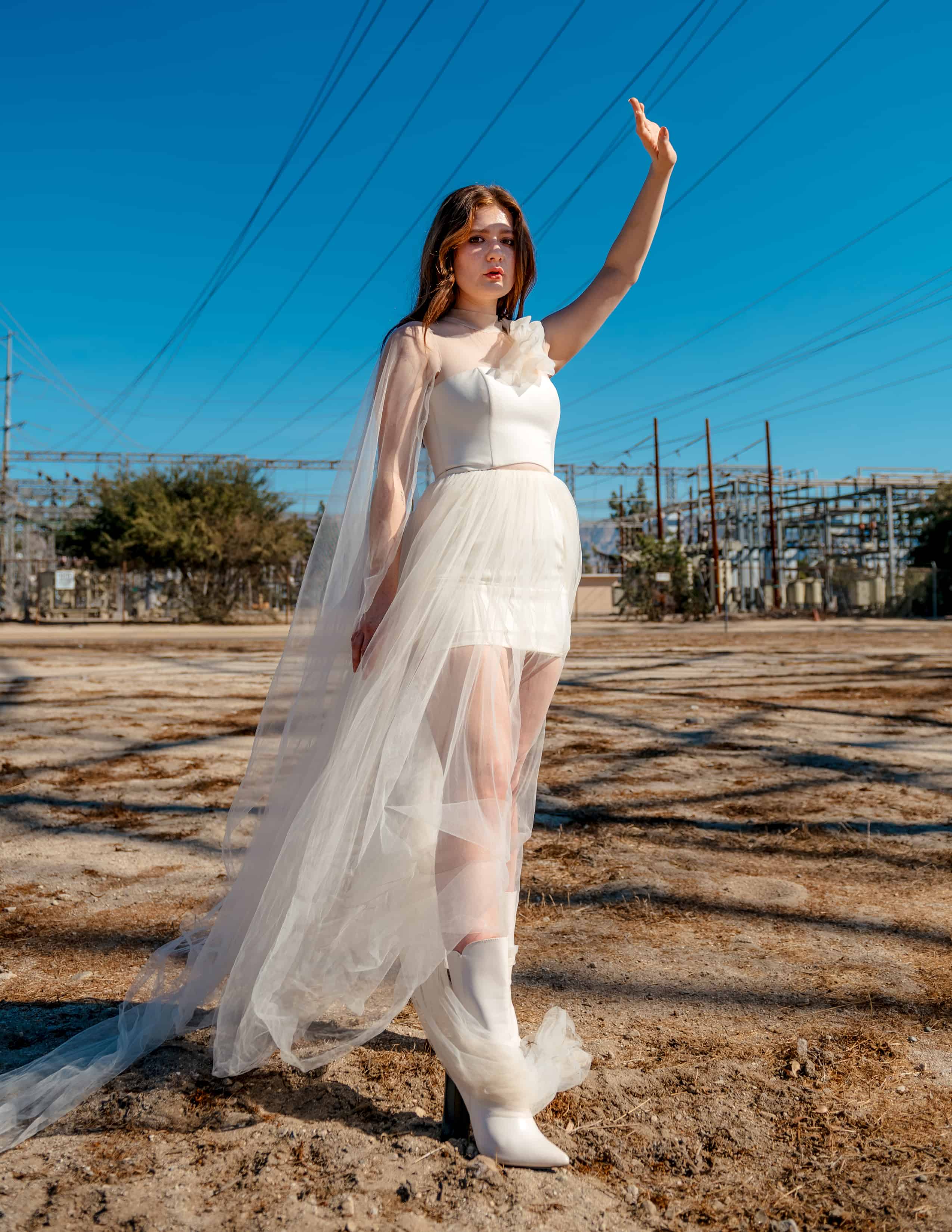 Another form of connection is the one Kenney finds with the audience during the live taping of The Conners, ABC’s Roseanne spinoff that first aired in October of this year, and in which Kenney stars as Harris Conner-Healy. Harris, a character most people only had a quick glimpse of as a newborn when the original Roseanne ended in 1997, is moody and a little dark and her quick and dry comebacks add a unique twist to the family dynamic. Other members of the Conner-Healy ensemble include Laurie Metcalf, John Goodman, and Sara Gilbert. Kenney is in extremely good company.

Breathing new life into the iconic Conner-Healy family doesn’t come without its responsibilities, and The Conners’ showrunners have created a show that finds a special balance between tradition and modernity. While most of the characters are well-known and loved by the public, the show addresses extremely timely issues in today’s America, like the opioid crisis and gender fluidity. When speaking about this element of the show, Kenney refers to the “certain kind of connection”– which, just like anything that you’ve treasured and grown up with, is indescribably special– that people have with the Conner family that allows the show and characters to comment on current affairs.

In order to properly get into these characters’ shoes, Kenney builds a whole world around them. “I was talking to Lecy, who plays Beck, and she was telling me that her perfume as Becky is so different to her perfume as Lecy, and I told her that I have these candles that remind me of the Conner family in my dressing room” she excitedly explains. Something else Kenney loves crafting for Harris and Debbie? Playlists. Not one single playlist that will transport her into that character’s world, but playlists that change per episode. If you haven’t noticed, Kenney is extremely passionate and very dedicated to her craft.

Emma Kenney is not stopping any time soon. She says music is an important part of her life, and recently dipped her toes in that world by starring in LA-band Freedom Fry’s album trailer for their debut Classic. “We got to shoot around LA and it was really dope.” In it, she strolls around a farmer’s market, a coffee shop, a bookstore, and a clothing store, among other locations, listening to the album on tape. And aside from being a TV and music video star, Kenney somehow also found the time to shoot a movie called Robert the Bruce last winter. Though she can’t say a lot about the project, she recalls filming in Montana in January, describing it as “so cold and insane” and “a crazy experience,” one she wants to have again. Sometime in the future she also hopes to study directing, and while she says she’d be “honored to direct anything,” Kenney admits she’d “probably have the most fun with an indie film” as her directorial debut.

The best part about Emma Kenney’s experiences so far is that they’re clearly just the beginning of what she can and will achieve. She speaks about all her projects with an invigorating passion, and her desire to create art that touches others’ lives is a perfect example of someone who wants to be the change actually doing something about it. If connecting with people is her goal, she can consider it achieved so far. But the best part of seeing someone great grow and develop is not knowing what’s the next card they’re going to play, and with Emma Kenney, clearly, the possibilities are endless, and success is almost certainly guaranteed.