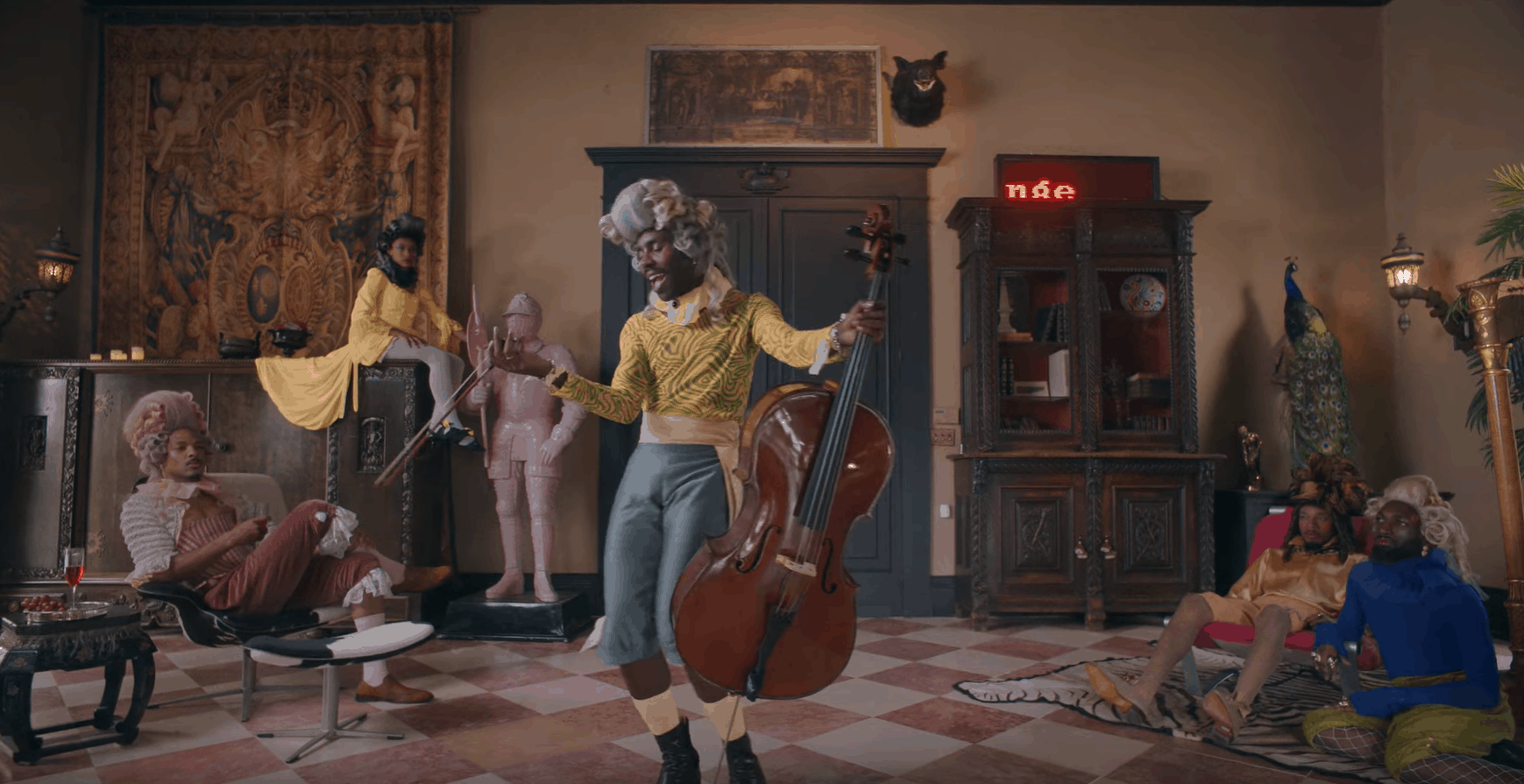 After the sudden announcement that Dev Hynes, aka Blood Orange, was to drop his first-ever mixtape on a random Friday in the summer, fans and music sites alike were left shook. Now following the release, Hynes has come out with a music video for one of the mixtape’s songs titled “Benzo”. In similar fashion to the mixtape, titled Angel’s Pulse, the video was also directed, edited, mixed, produced and arranged by Dev Hynes entirely- leaving no section of himself behind.

Describing this new body of work as “somewhat of an epilogue”, the tape also exhibits Dev Hynes’ life and outlook on his experiences as a supercut to last year’s critically acclaimed Negro Swan. Through a Blood Orange lens that is both familiar and otherwise, no moment goes by monotonous as he features other exciting black artists in the likes of Kelsey Lu, Tinashe, BROCKHAMPTON’s Joba, Tinashe, Toro y Moi, and Justine Skye. Just to name a few.

The artist claims that his influences were curated by watching MTV, Queen Elizabeth and operas. Commenting, “The song, “Benzo” is pretty delicate, so I thought it would be the perfect song to maybe try and do something over the top,” he told Vogue. “Every video that I do, I’m always trying to see what I can pull off directing-wise. With this one, I was wondering if I could make a Blood Orange video that was pretty grounded in surrealness. I wanted to try to make one of those videos where this world exists only within this music video.”

In this case, the video showcases a  reimagined European aristocracy setting scene with renaissance imagery. Instantly showing an array of ornamentation, 1960’s “flower power” era, powdered wigs and black regalia. For such a low profile yet swift drop, the video is comparatively full and fancy. That supposedly needn’t make any sense, telling Vogue “If you try and be era-specific, then it’s going to feel crazy, but if you lean into the fact that none of it makes sense, then I think you can pull it off.”

In the sumptuously grand setting, Blood Orange quickly scurries into a room of impatient aristocrats lounging in rhinestone masks, Hynes then proceeds to compose an orchestrated introduction of the song on a cello before a sudden change of pace hits the scene, as the riffs fasten and the electronic elements set in. Benzo is a short song of two and a half minutes, with two chorus lines and verses, and interludes- yet doesn’t fail to show itself as a standout track within the mixtape. With a small choir, jazz-infused synths and neo-soul quenched instrumentation with equally soul crushing lyrics, “What’s worse? Ego? / Thinking that it’s something that you’re owed / 2 a.m. It’s not like it was / Listen to the fears that you hear now / Open the door / leave me with arms exposed oh / Outside, I saw where I belong.”