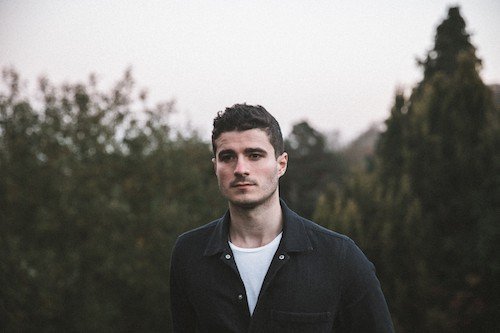 Indie-folk singer-songwriter Matt Perriment has recently surprised his growing fan base with a new track titled “Denali” as an addition to his latest EP Memos released in March this year. Memos expanded on the London-based artist’s signature sound, playing with ambient electric guitar, textured strings and a stronger vocal delivery to create something a bit more haunting and experimental than his debut EP Everlast.

“Denali” continues this haunting atmosphere and emotion to close the creative chapter of Memos. A soft acoustic opening with a unique detail on the strums builds to layered vocals and tribal-esque drumming. The rising chorus expresses a bit of grit and ferocity, reminiscent of the current indie-folk climate including the likes of Hozier and Ben Howard.

Perriment shares his very strong desire for wanderlust in “Denali”, battling self doubt and the potential for triumph. It’s the typical story of wanting to escape the city and move to the mountains to find yourself, as he strongly declares, “different man I will become, to Denali I will run”. The video assists in lighting this fire, with stunning drone footage of the snowy Glencoe Mountains in Scotland.

“For years, I’ve had a cap which has a small depiction of the mountain Denali on it, a mountain range in Alaska. At the time of writing the track, I wanted to run away from the unforgiving and pressured life of London, and hike Denali. I wasn’t able to tour Alaska, but I was fortunate to do a 2-month New Zealand tour playing 20 shows across the country. I started writing this track on the plane over to New Zealand, the first leg of my escape from London. The track was finished in Mueller Hut which sits on top of the largest mountain in New Zealand called Mount Cook. We’d hiked 7 hours up there through the snow and I finished writing in that tiny remote hut on a broke guitar that had been left by a previous traveller.”

The back story and the build in the song have their impact, for sure. However, Perriment and producer Katie Earl close the track with stripping back to how it started – soft and acoustic. What was the reason behind this creative decision? Has Perriment’s desire to flee to Denali fizzled out?

In terms of Perriment’s success and rise, the fire continues to blaze. Originally establishing himself in the South England festival scene, Perriment has had sold out headline shows in London, as well as headline and support shows around the world.

“Denali” as well as the rest of the Memos EP, although playing with rather over-used ideas and concepts, show a strong creative confidence within Perriment. Maybe a debut album will see him using his impactful emotive vocal skills to share a ferocity towards something new.