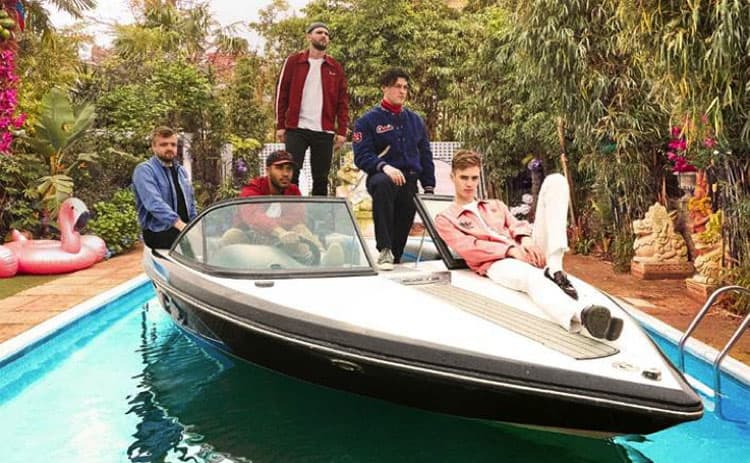 Kawala, the North London band known for their upbeat, acoustic-led indie bops are back with a new track, “Play It Right”.

The new tune is Kawala’s first release since their signing to Virgin EMI, but it’s not far from their existing sound, albeit a touch more refined in the production sense. Before this, Jim Higson and Daniel McCarthy released two EPs via Mahogany. Now, they’re backed by a full band of Ben (drums), Reeve (bass) and Dan Lee (electric guitar).

Speaking of the track, the band said, “When writing “Play it Right” we thought, what better topic for a song than to discuss the difficulties of writing a song itself. It’s kind of set from the perspective of an internal voice guiding you through the many obstacles faced when trying to write a screamer.”

“I weigh heavy on your conscience / And time is of the essence now,” Higson and McCarthy sing in close vocal harmony as the track opens, detailing the stress and inner turmoil they’re feeling over crafting a new song.

It seems the boys have truly nailed it, as “Play It Right” is a sunny song that worms it’s way into your earholes until you’ve got it on repeat. It’s the perfect tune to stick on when you need a little bit of light in your life.

In May, Kawala played a sold-out 5-date headline tour of the UK, as well as appearing at the Great Escape festival in Brighton and Barn on the Farm. To top this off, they’re heading to Reading and Leeds Festival to open the main stage, as well as playing at Standon Calling, Leopolloza and Wilderness.

Check out Kawala’s new tune and catch them on their October UK headline tour.