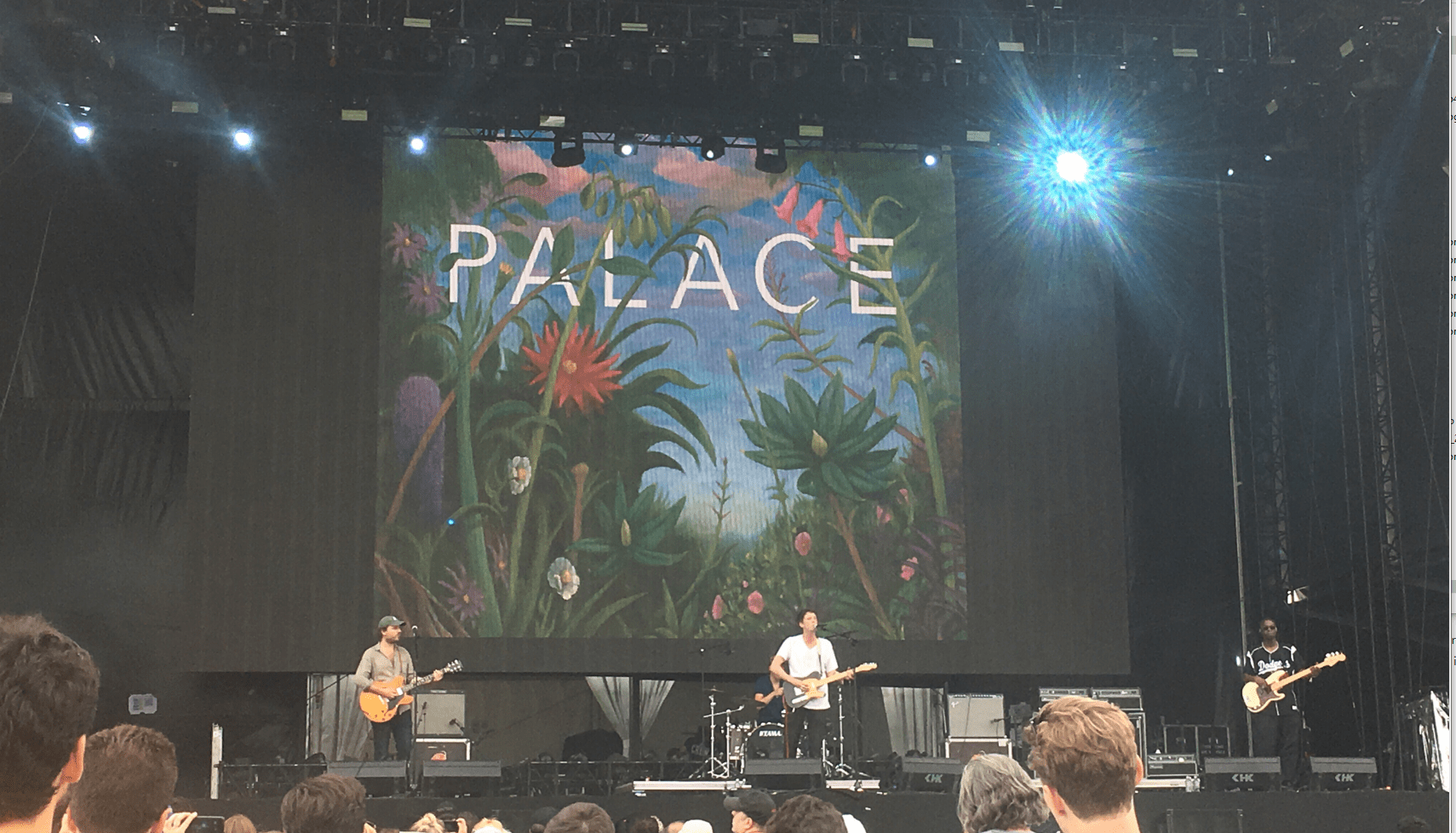 The summery strums, echoed vocals and poignant lyrics of North-East London indie rock band Palace have returned for their second record Life After.

The trio, consisting of Leo Wyndham on vocals, Matt Hodges on drums and Rupert Turner on guitar, boast a newfound confidence after their hard to follow debut record So Long Forever harnessed worldwide attention. Standing tall albeit the exit of bassist Will Dorey, Palace aims to toy between the light and the dark, and for the most part is successful in doing so.

Featuring 11 tracks including 5 previously released singles, the record wraps a utopian tropical album artwork around bright and euphoric riffs. The aim seems to be about acceptance and moving on. Seeing the light at the end of the tunnel, or at least trying to do so.

Life After is not a 100% upbeat summer album, no matter how much the band describe it as “optimistic”. Echoed and pervasive Hozier-esque vocals explore the bleakness of death, loss, and the meaning of existence, to name a few. The band clearly excels with their mature and poetic lyricism that battle the many peaks and plateaus of the alt rock instrumentals.

It’s all very reminiscent of when bands ask you to stick your lighter in the air at concerts.

Admittedly some tracks fall a little short, with the balance of those light and dark scales being a little lacklustre and over-laboured, and failing to consistently grab attention. Heaviness is good for people to explore, but it’s not always worth it if the delivery isn’t on point.

However there are some key moments which definitely aren’t to be looked over. The opening and title track “Life After” has a warmth that the rest of the track list cannot match, with its softer indie strums layered over heavier rock drums. The record’s closing track “Heaven Up There” is the clear shining star, standing with Queen-level confidence at 7 minutes of builds and dips with the most intensified vocals of the record. If it gets too emotional to handle (me on first listen, not gonna lie), you can always skip to “Running Wild”, the most carefree of the record that steps the furthest into that utopian tropical painting.

With Life After added to their discography, a Palace live show – such as the one we caught at Mad Cool Festival – definitely has a lot of potential, particularly with a visual style and the way the trio interact on stage.

The band clearly have no fear in sharing their experiments under the spotlight, with a nice lighthearted yet heavily passionate performance at Mad Cool on the 12th July, kicking off the second day of the three day Spanish festival on the day of the album’s release. Currently doing the festival rounds to tie in with a European tour up till early November, Palace certainly have their hands full and show no signs of stopping.