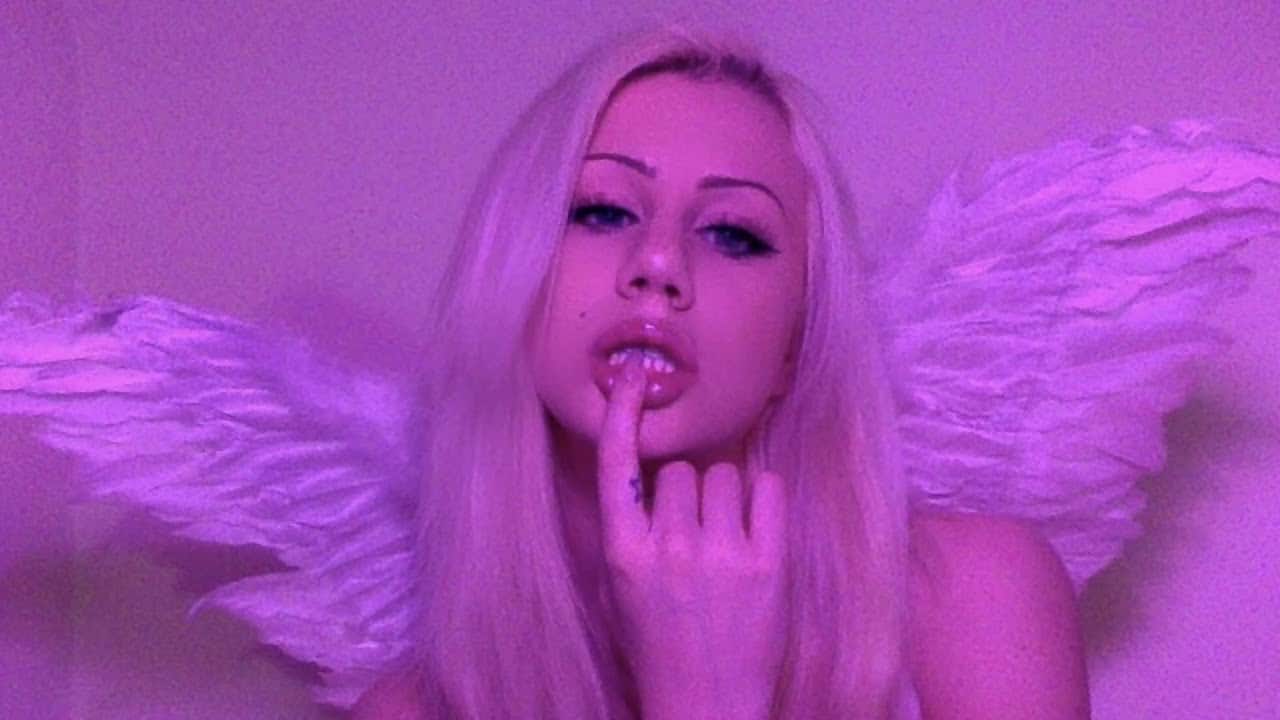 Rising pop icon Slayyyter made her live debut at Elsewhere in Brooklyn, New York on 25th June. Excited fans filled up the entire venue as they waited for the songstress to come out. After openers Umru and Robokid, the lights dimmed and fans screamed and hollered as we were teleported into Slayyyter’s world. A flashy light show, possessing images of 2000’s celebrity icons and the singer’s logo, started off the show as a track blasted of the singer spelling out her stage name.

When Slayyyter came onto the stage, she captivated fans with a sparkly pink leotard, fishnets, and black stilettos. Her first song, “Platform Shoes,” started the performance. It was the singer’s first time interacting with her fans as she made her way around the stage to greet everyone as she sang. In fact, a fan had given the songstress one of their own platform shoes for Slayyyter to sign in honor of the bubblegum track. Following “Platform Shoes” was “I’m High,” an electronic dance track that got the crowd pumped and dancing.

Continuing down the bubblegum bops, Slayyyter included vogue-like choreography to her track “Hello Kitty” as pictures of the cartoon character popped up in the background. We were then gifted with a new song “Celebrity,” which is a song about the lifestyles of the rich and famous. On top of performing a new song, she followed up with her latest release “Crush on U;” a song that Slayyyter collaborated with Donatachi on. Although the track was released four days prior to the concert, eager fans had no trouble singing along with the songstress.

The show then took an interesting twist when Slayyyter talked to the audience about the next song she was about to sing. She forewarned the crowd that while her concert series was in the summer, it wouldn’t stop her from performing her explicit, and cheeky, Christmas track: “All I Want For XXXMas.” She opened up this song by singing the introduction of Mariah Carey’s “All I Want For Christmas,” but then transitioned to her own song when the lyrics collided. Similar to the Christmas spirit, Slayyyter then proceeded to gift her fans with two brand new songs: “Ur Man” and “Cha Ching.” Fans were delighted to hear these new songs that should be coming out fairly soon.

Just when you thought the crowd couldn’t become any more energetic, Slayyyter pulled out her powerhouse single “Daddy AF.” The entire venue jumped up in unison as they chanted along with the singer. The high energy continued as Slayyyter sang the anthem, “Alone,” and then followed it with the seductive lyricism of “Candy.” We then segue into one of the singer’s more popular collaborations: “Dial Tone.” Colorful emojis popped up on the electronic screen behind her as the singer danced around the stage and interacted with more fans.

The next track, “BFF,” Slayyyter dedicated to all of her fans who had brought their best friends out to the show. Finally, Slayyyter ended her show with a slower, more intimate rendition of her song “Ghost.” It was interesting to hear the song in a more vulnerable state, and was even more intriguing to know that this version of the song may be coming out soon.

The Slayyyter show could not finish as fans demanded an encore. The singer returned to the stage to finish out with her biggest hit: “Mine.” What was once a show become a party as pink balloons showered down onto the crowd as everyone went crazy to sing the iconic “oh me oh my.”