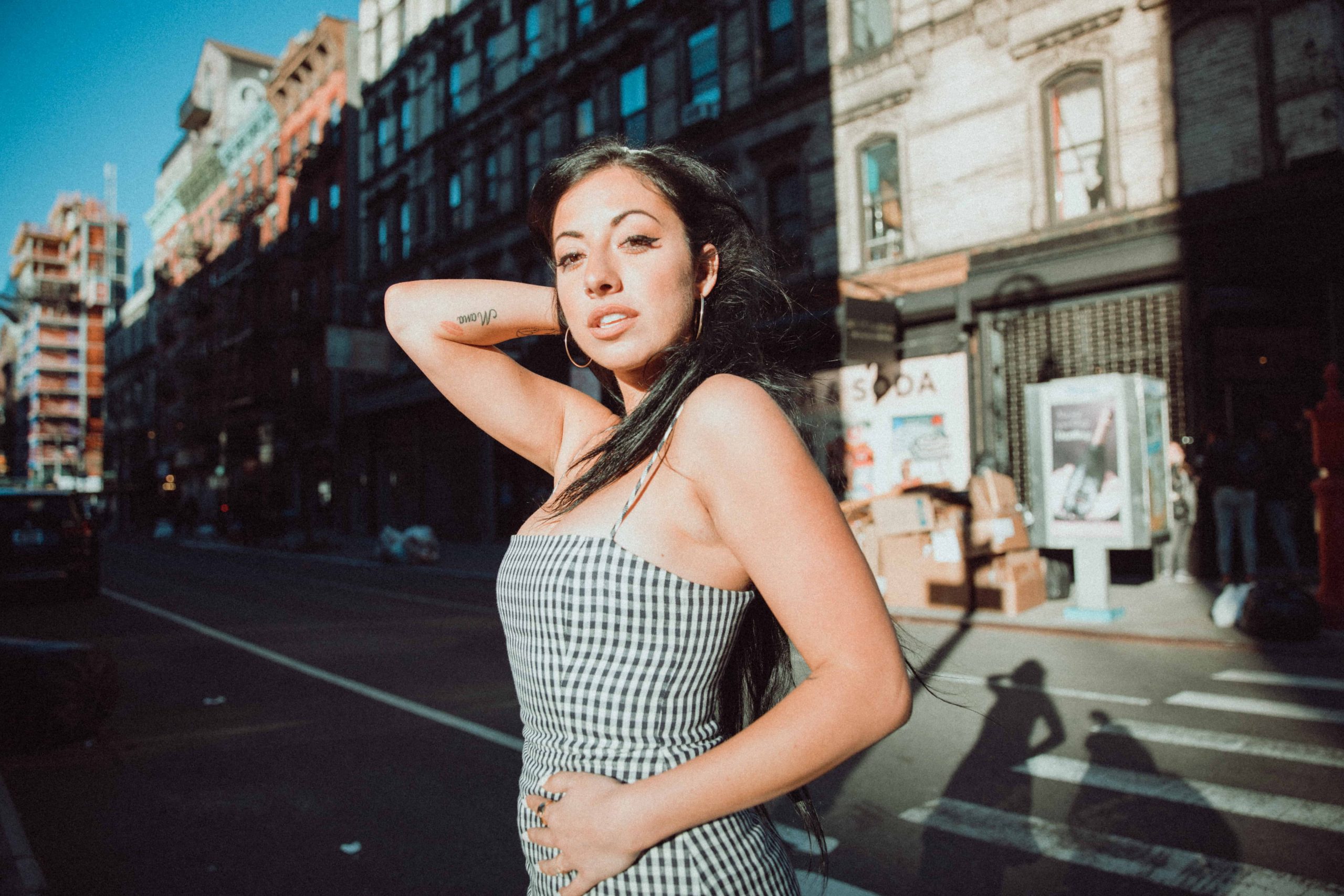 Even though you might not recognise Delacey’s name just yet, you’ll have definitely heard one of her songs. The LA-based singer-songwriter has written hits for Halsey, Demi Lovato, and the Chainsmokers amongst others.

Delacey is now finally stepping into the limelight herself with her debut single “My Man.” The song’s already featured on various Spotify and Apple Music playlists and has racked up over 1 million streams since its debut. We talked to Delacey about her artist name, her lyrical ingenuity, her musical inspirations, as well as what she’s looking forward to next!

You got your start as a songwriter. How did you decide on taking that step into the limelight? Was becoming a singer always the main goal, or was it more a natural progression from being a successful songwriter?

It wasn’t so much a decision as it was just something that I think was always inevitable for me. I made this album because I had to make it. It poured out of me. What came along afterwards came naturally because I’m so close to the music and excited about it.

Looking back, are there songs you’ve written for other artists that you wish you’d kept to yourself? For example, Halsey’s hit “Without Me” – the longest-running song on the Hot 100 to date.

Definitely not. Even though everything I write is personal to me in some way I love telling other people’s stories as well. That’s what makes me a writer I guess.

The lyrics of your own debut single “My Man” are reminiscent of Dolly Parton’s “Jolene”. Parton is, of course, one of the most gifted singer-songwriters in her own right – does she serve as a source of inspiration to you?

She’s SUCH an icon! But I never really grew up listening to her and “My Man” was from my own personal experience happening that day.

Whereas the songs you’ve written for other artists lean more towards pop, “My Man” has got a distinct more jazzy, bluesy vibe to it. Is that also the direction your debut album will go in sonically speaking?

Yes definitely. I made this album and wanted it to be one hundred per cent me which meant inspired sonically by the music I grew up listening to and the music I still to this day listen to nonstop in my car haha

Just like Halsey, you’ve chosen to use a stage name rather than your given name. Does “Delacey” hold a special meaning to you, what made you decide on this name in particular?

It’s a funny story. I was obsessed with the original Frankenstein book when I was a kid and begged my mom to change my name to Delacey (a character in the book who was blind and the only person who showed kindness to Frankenstein because he couldn’t judge him by his appearance) but she wouldn’t let me. So instead I told everyone my name was Delacey and it kind of always served as another name for me so it always felt right using it as a stage name ever since I started in music.

Your material is incredibly honest and confessional – what makes you decide whether a song is for you, or if it’s something you want to share with another artist? Are there times where you think ‘this is too personal’?

There were definitely times when I’ve been so emotional during the making of a song that I’ve wondered if I should ultimately be the one who releases it, but in the end, I never have and that’s because deep down I knew the music wasn’t completely me. That’s what’s special about my album I wrote and co-produced the whole thing with my producer. The lyrics are too personal maybe but I’m not shy!

What’s the one thing you’re most looking forward to this year that’s yet to come?

Releasing more music for everyone to hear!!