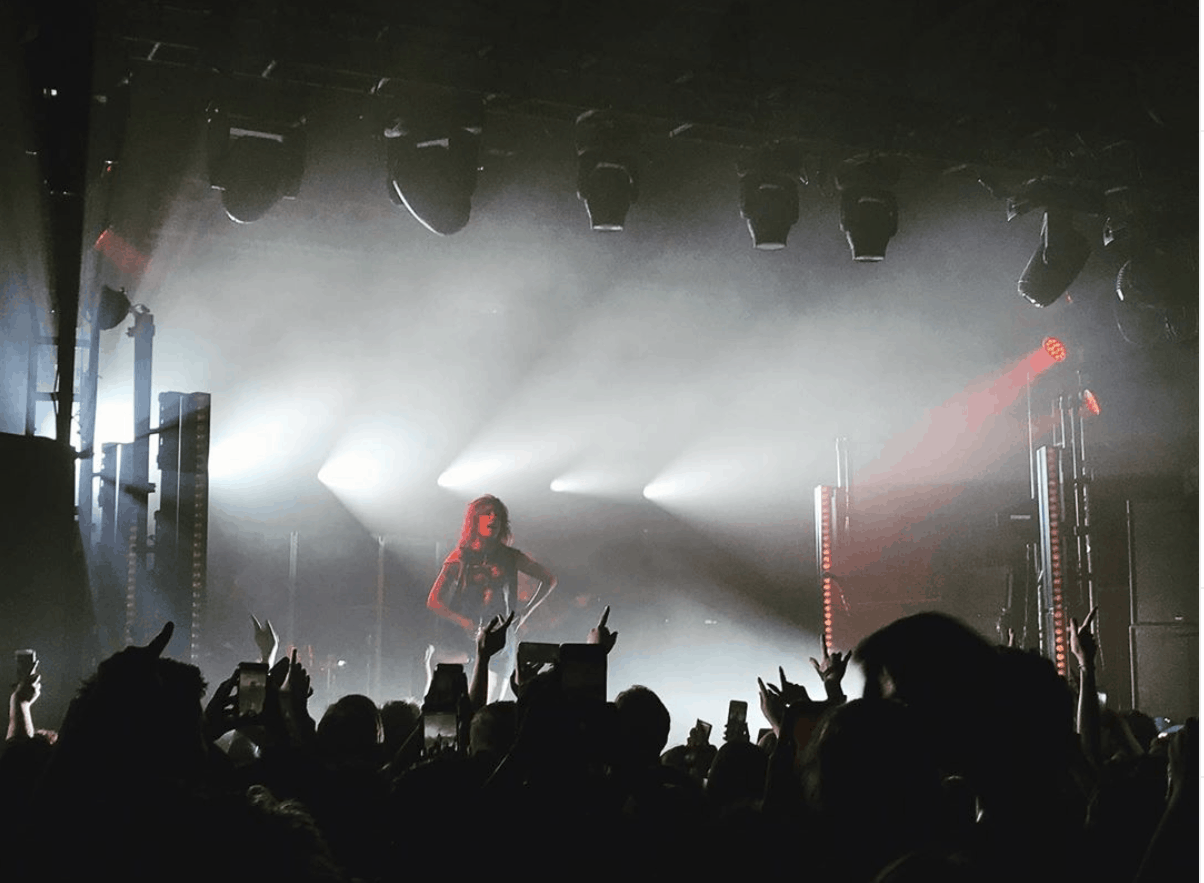 Social media demands your attention, we’re all fully aware of this, including world-famous American singer-songwriter Halsey. The pop star’s Instagram story reveals a poster to her 14+ million followers – a surprise announcement for an intimate London show to be played in just under a week of this reveal. “Electric Ballroom, for one night only”, it reads.

Fans had 24 hours to view the news, but only a few seconds to grab the cheap as chips tickets the following day. Lucky for me and my kick-ass Ticketmaster refreshing skills, I scored a couple of passes. For a singer who played to a crowd of about 80,000 at Wembley Stadium with Capital FM just a couple of days prior, the swap to a crowd of only 1,500 was going to be intriguing.

“I’m going to give you the best show of your life,” she promises. The guitars are harder, the drum solos are longer, the jumping is higher. The energy is raw.

The songstress has revamped her look. She is sporting wavy red hair, silver chain jewellery, a black tank top with alt-left political significance (“fuck your straight pride” covers the back), fishnets, and kick ass black combat boots. She pairs her ensemble with a sense of theatricality and cuss words left and right.

The visual matches the infamous grunge of the Camden borough. It also fits her latest release “Nightmare” incredibly well, which she plays twice throughout the evening – because she can.

Tonight, Halsey is the epitome of the angsty big sister who stomps about and cranks the volume up but still treats you softly because deep down she knows family comes first. She bares her soul and demands your attention in the forms of screams and CO2 cannons, but thanks you for it in the form of an extensive set list as well as intermittent speeches and words of encouragement.

She pleads before “Hurricane”, “you do not belong to anyone but yourself”. She preaches about ‘New Americana’ “it’s about who you are, it’s about what you stand for.”

Halsey aims to cover a lot of ground in the time and space she has, from the power stances of some of her gritty tracks to the vulnerability of discussing the dangers faced by the LGBTQ+ community, including the homophobic attack on lesbian couple Melania and Chris which occurred in London on the 30th May.

The crowd responds accordingly, listening with intent when she exposes her edges, and bouncing and belting lyrics during her eruptive tracks. She takes her community seriously, and they take her seriously as well. It is a genuine bond, for many that have been formed since Halsey’s debut EP released just over 4 years ago now.

“I don’t think you know how much you fucking mean to her,” says British alt-rock musician Yungblud (and current flame), who appears on stage as a surprise for the duo’s popular track “11 Minutes”.

Halsey is resilient. Encouraging. Free yet vulnerable, from opener ‘Castle’ to finisher “Gasoline”, balancing her pop star professionalism with rock and roll antics. Whether her cut up and crafted image and attitude this evening is just a homage to Camden, the remnants of her time spent with Yungblud, or a signal of a genre transition, time will tell.

When Halsey sings, “I’m no sweet dream but I’m a hell of a night,” she’s not lying.