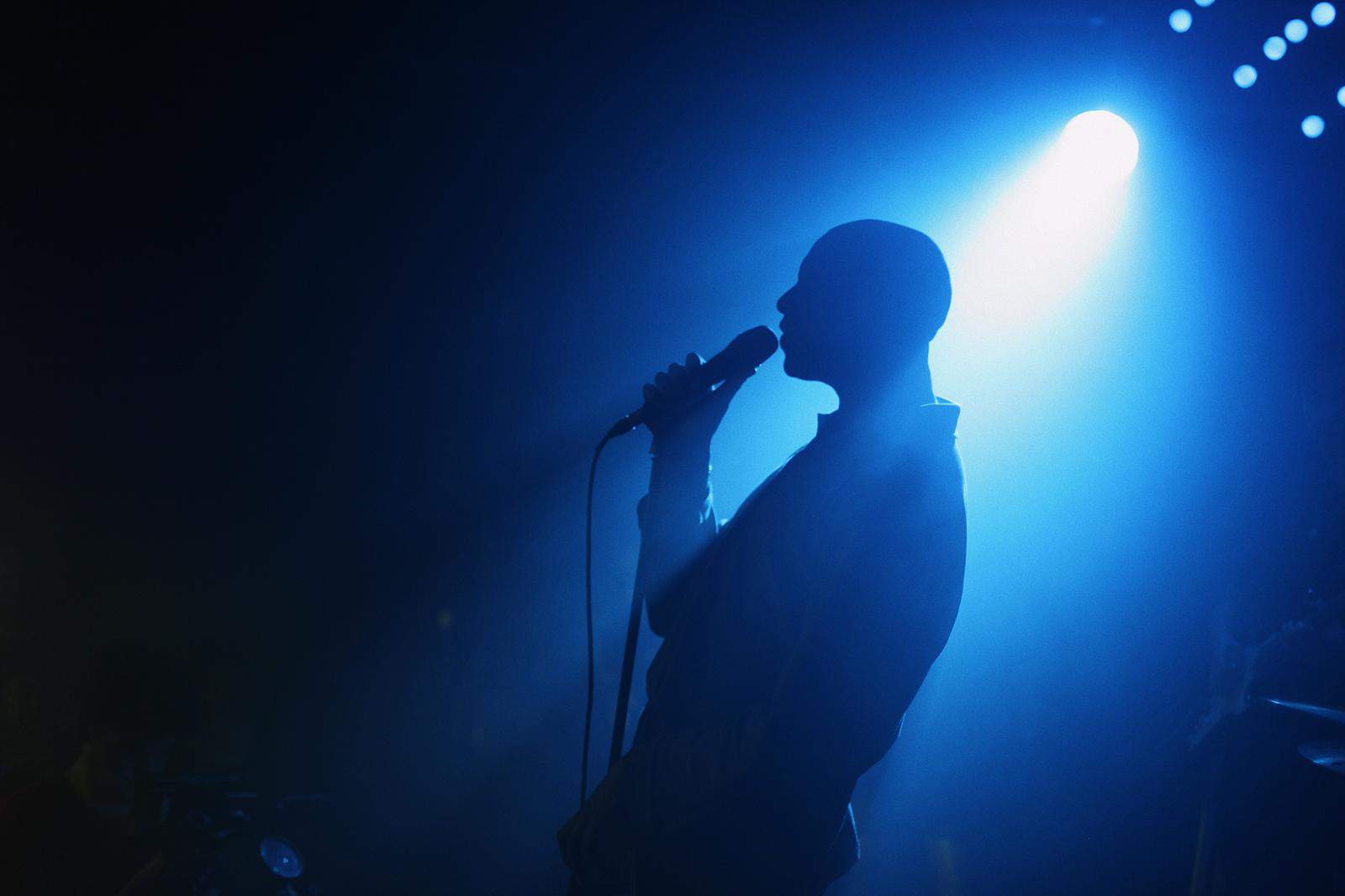 Collard played his first headline show last week to a sold-out crowd at The Camden Assembly, London. The place was buzzing, the lights were low and with a couple of minutes to spare before his performance, you literally could not move.

As the crowd waited in anticipation, the first chord of “Hell Song” hit. His signature moan-like vocal, which could be described as a high-pitched primal scream, resonated across the chests of each person in the room. Each hit of each chord, paired with the soulful hum of the backing singers & heavy groove of the bass, amped up the suspense – we were hanging off his every word.

With each moan, the funk-inspired bass grooves responded – so deep that it hummed through your core, sending bodies into spasm and shivers down your spine. Collard slid through his vocal trills effortlessly, he had the ability to focus the attention of the crowd, bringing the energy underground by breathing intimacy into each word and then drilling emotion with every pang of pain that was conveyed by his high-pitched moans.

When the first guitar solo came in during “Murder Murder”, it was the first taste of the Hendrix-esque soul-infused psychedelia, making the crowd lose their minds and surrender to the music.

Each track felt completely different to the last, bringing its own groove from the summer strollin’ sounds of “Greyhound” to the sweet, jazz of “Sacrament”, to the confrontational acid-funk of “Hell Song”. Yet his seamless transitions between voicings and the delicate, careful choice of instrumentation meant that it never felt jarring, each song led into the last – taking you on a journey.

“Warrior Cry” showed a different side to Collard, as he whispered each word, delicately – taking you into a dream-like state – a break from the raw excitement and energy of his more aggressive songs. Halfway through, he took on a completely different persona, for the first time and the only time he uses the lower end of his range. Almost a metaphor for the different parts of our personality – this was rooted, raw and humble. His honest, raw emotional energy brought the right amount of light and dark.

Throughout the performance, the merging of genres demonstrated the array of influences Collard draws from. “Merciless” exposed an R&B soul, a heavy funk heart and dystopian rock ideology.

It was an absolute journey. Each moan demands your attention like ripping a chainsaw – dramatically amping up the energy after sending you into a dream-like state.

The encore, “Blood Red”, took you back to how they started with “Hell Song”. Ripping into the heavy psychedelic references reminiscent of Hendrix and The Who. Each strike of the symbol and guitar simultaneously sent your body into shivers again – drawing you into a 70s time warp leading to an indie-rock inspired mosh. Finishing on his signature: moans and silence.