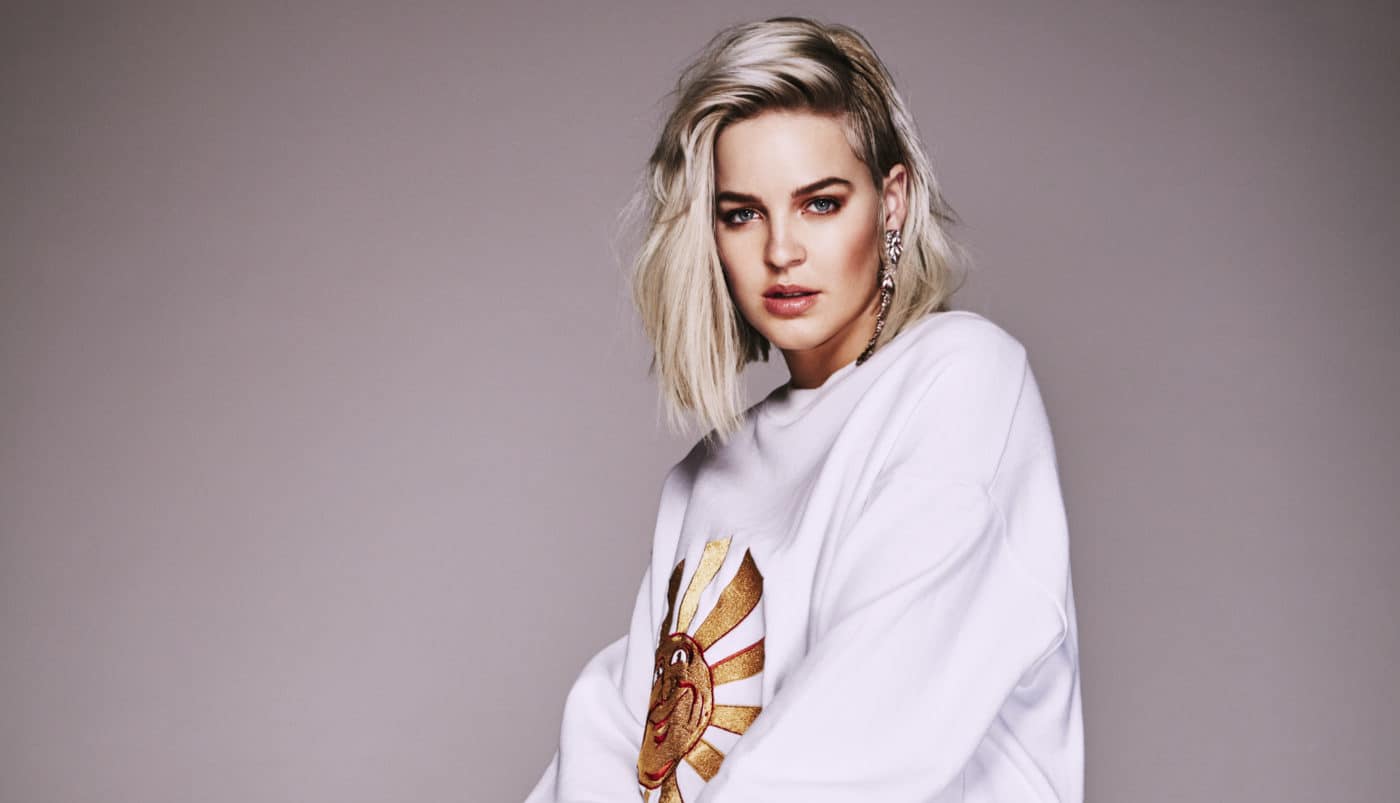 The grandeur of the Hammersmith Apollo doesn’t go easily unnoticed. The two crystal chandeliers, situated on the sides of the venue, serve to create an unmistakable sense of occasion. It’s perhaps fitting that a two-night run at iconic venue served as the ending for Anne-Marie’s sold-out UK tour.

Before Anne Marie took the stage, it was up to the incredibly talented Lennon Stella to entertain the 5,000-strong crowd. Opening up her set with an awe-inspiring version of her “Like Everybody Else”, it was clear that Lennon belonged on such a gigantic stage. The prominence of the track’s affecting piano chords was superseded by enthralling, energetic dynamic production but, despite the sonic changes, the track’s focus absorbing lyricism still remained the forefront of her performance.

Quickly diving into her track “Feelings,” lifted off her outstanding debut EP love, me, Lennon revelled into the crowd’s excitement. The screams that followed the conclusion of tracks were so deafening that it wouldn’t have been unrealistic to assume Lennon was the night’s headliner. Her set list also incorporated new single Bitch and a bewilderingly beautiful performance of her hit “Polaroid”, the latter of which prompted a mass singalong from the enthralled crowd.

Lennon’s incredibly self-assured, practically oozing with confidence, but without any of the arrogance which blights the performances of many up-and-coming stars. With her own headline date at Shepherds Bush Empire in March, it’s evident that Lennon Stella is a name that we’re all going to be hearing a lot more of.

Opening her set with fan favorite “Bad Girlfriend,” Anne-Marie beamed with joy as she was met with a rapturous reception. In her 15-song setlist, she front-loaded with her set with fan favorites, leaving hits such as “Friends”, “2002” and “Rockabye” to leave fans on a euphoric high. A particular highlight of the night was a spellbinding performance of “Then”, which showcased Anne-Marie’s astounding vocal delivery and her knack for penning for immediately arresting tracks. Throughout, Anne Marie’s lesser-known album tracks were greeted with the same adoration as the hits, a sign of her fan’s affinity for her whole discography.

Ending the night with her Marshmallow collaboration “Friends,” Anne Marie asserted her place as one the UK’s brightest new artists. It was blazingly obvious that Anne-Marie will soon be following in the footsteps of previous tourmate Ed Sheeran by headlining colossal venues.