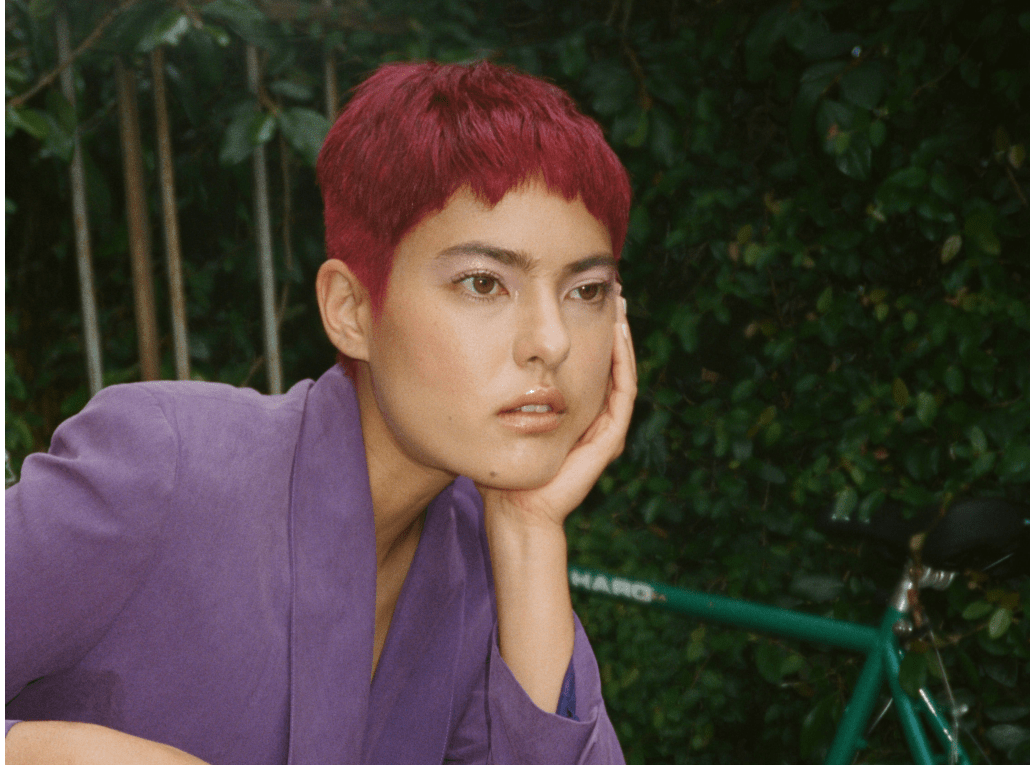 Just off the release of her stunning debut album Premonitions this past October, Santa Ana, California native Miya Folick has returned this year with an already completed North American and European tour, and a new single, “Malibu Barbie,” which was just released last month. In between her busy touring schedule, Miya answered some questions for us about her album, music she revisits to find comfort, “Malibu Barbie,” and more.

Your album Premonitions is a really cool blend of different styles and sounds that come together to create a record that I think resonates with a lot of your listeners. Which song off the album do you find fans respond to the most during live shows?

“I think fans tend to respond most to ‘Dead Body” – it’s a very visceral song. And to ‘Thingamajig’ because it’s very emotional – people are always crying during that song.”

When you announced the release of “Thingamajig”’ you said that that the song is “about realizing you were wrong, apologizing, and relinquishing control.” Did you find any release from writing this particular song or Premonitions as a whole?

“Definitely. I think I find release in writing songs and singing in general. Singing is proven to be physically and emotionally relaxing for people in general. Writing songs helps me understand my life. I think being honest, in any form whether it be in your normal life or in song writing, can be liberating.”

When choosing the album artwork for Premonitions, did you immediately know what image you wanted to use on the cover?

“I’d been thinking about it for a very long time before I came upon the idea of including my parents, but once I did I knew immediately what it should look like. Then it was just a matter of getting the right team of people together to make it happen, which is not always easy, but I think it came together very nicely.”

In your song “Baby Girl” you sing about “lying on the bathroom floor / laughing our head off” and crying in alleyways. When was the last time you laughed uncontrollably?

“I think I laugh a lot. Lately, I’ve been mispronouncing things a lot, and my girlfriend finds that extremely funny. That’s been making me laugh a lot lately. Yesterday I fell over laughing, and I can’t remember what it was! It was something that my friend Pam said. But it’s one of those moments when you’re walking next to each other and then somebody says something so funny you have to turn around and walk the other way because you’re so blindsided by how funny it is. That happened the other day when I was walking along the canal in London.”

What was it like playing at BREATHEWATCHLISTEN in celebration of Yoko Ono’s art and music?

“That was amazing. Yoko Ono was there, which is crazy. I don’t think I’ve ever been in the presence of such a legend, of any sort. And it was this group of extremely cool, kind and talented women playing music together. The people who put it on, did it so thoughtfully – it was just an impressive production over all. I just had fun. It was something I’d never done before. I’d never sung with an orchestra before or sung at the Disney concert Hall and I’ve never sung somebody else’s song in front of them. It was a crazy, weird, very fulfilling experience.”

Many of your fans find comfort in your music. What are some of your favourite songs or albums that you revisit when you are feeling low or caught in your own head?

“I listen to Broadcast – Tender Buttons. Joni Mitchel – Ladies of the Canyon. I listen to Eagulls. I listen to my friend Andy Stavas. He has piano music that’s on Spotify – it’s really, really beautiful.”

Tell us about your new track ‘Malibu Barbie’.

“’Malibu Barbie’ is about my exploration of different ways of expressing femininity or expressing my womanhood and going too far striving for an idealised version of what I thought I should look like. Then realising I could never be that idealised version; I can only ever be myself. But that going through that process and journey was worthwhile because I experienced something I hadn’t before, and that’s always valuable.”