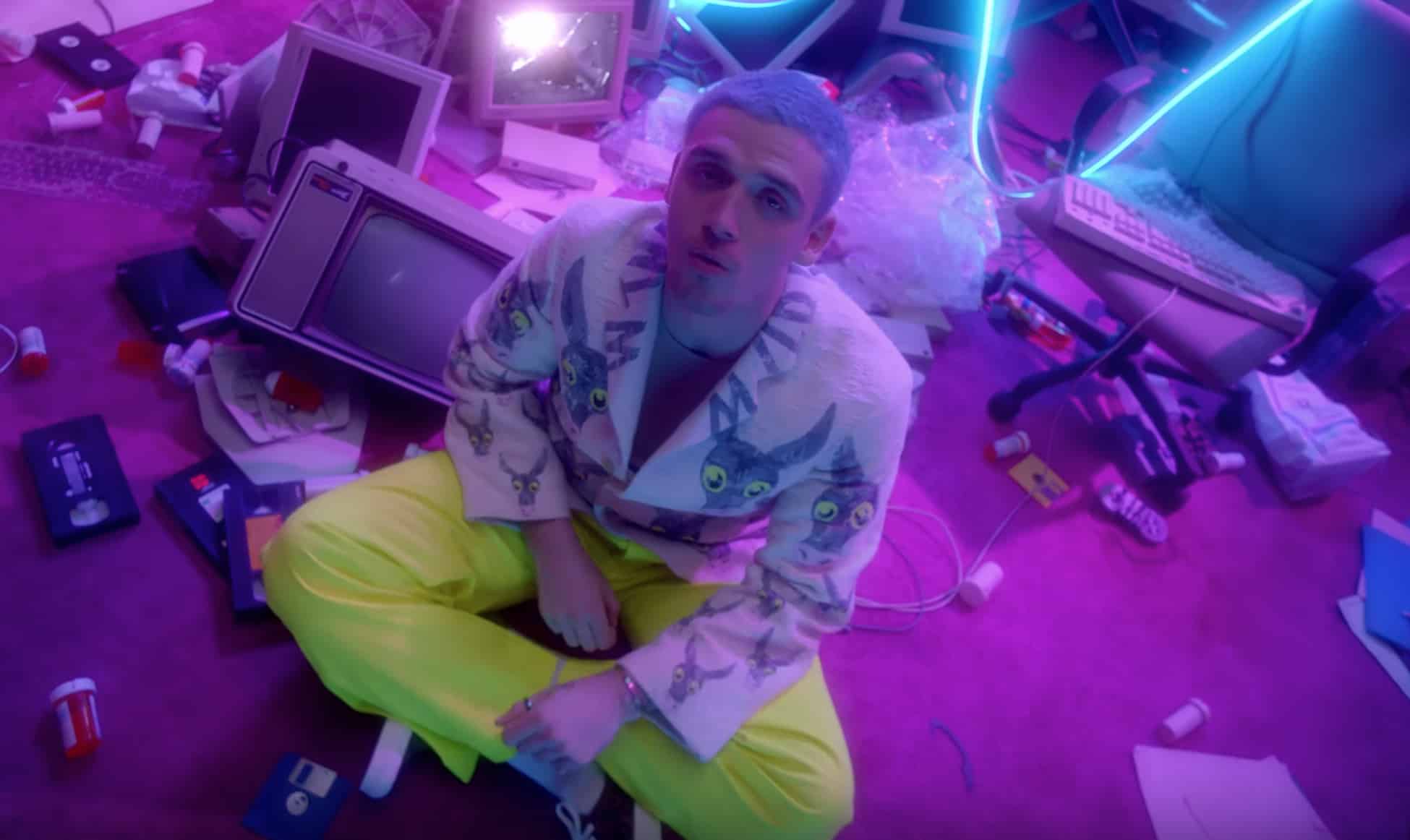 Lauv’s first release from his anticipated debut album, ~how i’m feeling~, includes a music video of the track–“Drugs & The Internet.” The video shows a world where Lauv pokes fun at the superficiality of the internet and social media–mannequins as dinner guests and vats of Jell-O as entrées included. Lauv described the track as “the perfect entrance into the next phase of my life and music.” The release follows an announcement of an autumn tour this year, set to start on October 5th and traveling to cities in the UK, Europe, Australia, and New Zealand.

The song starts with a slow little ballad of Lauv singing over a slow piano preluding a beat drop that leads to a straight bop. Unexpected, and it’s kind of amazing. The chorus comes in quickly, chanting, “I traded all my friends for drugs and the internet” to a beat that bounces and has nice little “Ooh oohs” post chorus. The music video only adds to the song’s mood by giving us the imagery to go along with the lyrics. The beginning ballad section shows Lauv walking down a dimly blue-lit side street, walking past a pile of trash outside a lighted sign that says, “Computer Internet” and a smashed desktop computer. Blue-haired Lauv, feeling compelled to stick his foot in the computer gets sucked into the world of the internet. He finds himself in a pink-lit room, lying flat on the ground in highlighter yellow pants, with hairless cats crawling around the room, old desktop computers lying around, keyboards, VCR tapes, wires, mannequin arms, floppy disks, and prescription bottles all scattered and disordered. Enter: chorus. Lauv sits in the middle of the floor surrounded by all the clutter in an abandoned office room. The video flips between Lauv in this room with telephone wires and him dancing it out in a dark mirrored room – fish-eye lensed while he makes filtered faces to himself: cat ears and heat-eyes.

In the next scene, Lauv takes a seat at a clear long dinner table over a black and white checkerboard floor with mannequins and unmoving men and women seated, plates and plates of gelatin molds and whipped cream line the center of the table. He takes a crack at toasting to the table of mannequins and, presumably, his mom in the video comes in the room, as he sings, “Mom’s back home with a drink and a cigarette.” And gelatin molds on all of the counters catch fire. Lauv mouths, “They’re not real.” to his mom, who pushes over a mannequin to take a seat and smoke her cigarette while Lauv spoons purple Jell-O into his mouth and begins to choke. He grabs his neck while all of the mannequins and people sit watching him, unreactive. The screen glitches in and out of scenes with Lauv looking on as mannequins are passed out or on the ground and continues choking. In his pastel-colored windbreaker, Lauv comments on the internet as a breeding ground for fake people coming together, but no one being there to help when he needs it. The screen glitches and he sits alone at the table, and switches back to the pink-lit room where he sticks his foot back into the smashed computer and winds up back on the side street.

But wait. The whole things turns very meta when Lauv stumbles towards the camera looking straight into the lens and hits glass, banging on the glass the camera zooms out to a computer screen as Lauv watches himself banging on the screen and snaps it shut. Damn. We can see how the whole thing is as Lauv described, “a commentary on the world we live today. It is as much self-deprecating as it is serious and sad.” From dining with fake friends, to making exaggerative filtered faces, and gelatin molds on fire Lauv is commenting on the inauthenticity of the world he had craved attention and affection from. But the video doesn’t fail to show how hollow that world is when he’s really in it. The song itself goes from a bop to a social commentary on how Lauv experiences the internet and his participation in the digital world.