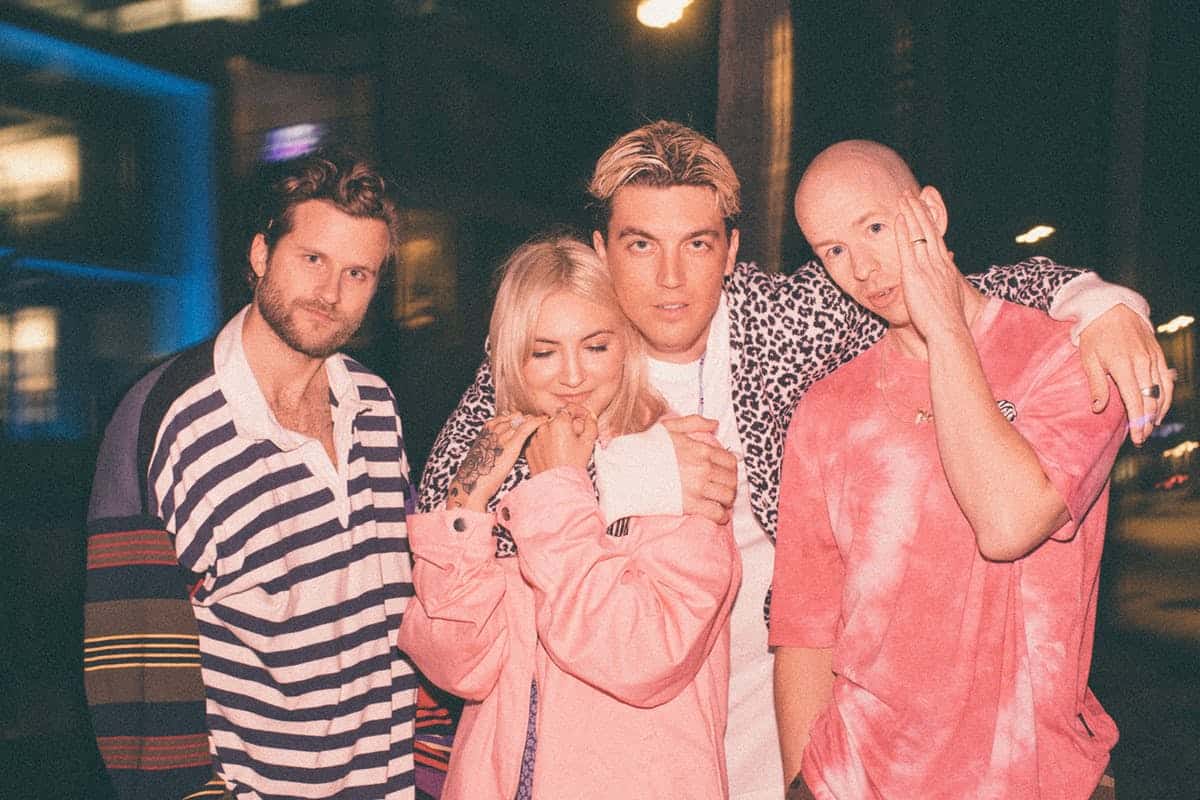 Since Julia Michaels had a major hit with “Issues” back in 2017, everything she’s touched seems to turn to pop gold. Collabing with LANY made perfect sense. Both prefer to write brutally honest lyrics that rely heavily on describing a specific moment and a specific emotion in a conversational, vulnerable tone. So it came as no surprise that “okay” has already racked up over 3.5m streams on Spotify alone.

LANY’s Paul Klein and Julia Michaels wrote the song upon meeting for the first time, after both having been through a difficult time. Klein spoke of the process as him just talking out his feelings, with the track including literal excerpts of their conversation that day. It spells out the bitter sense of hopelessness one might feel after a failed relationship and needing the reassurance that you will get through it.

The song starts with an echo of submerged vocals, before transitioning into an upbeat synth rhythm that supports the conversational tone of the lyrics. The acoustic drum in the background, as well as the use of electric guitar, create that alt-pop sound so native to LANY. The sonic elements all blend into a wonderfully tense song that is driven by the vocal harmonies. As a result, the focus rightfully goes to the story and the emotional arc that offsets the steady rhythm perfectly.

The opening lyrics reminisce minute details that emphasize the emotional investment in the relationship, and how it hurts when that is not reciprocated. It echoes the internal dialogue you go through afterwards, how blindsided you can be by how much it affects you. There is a certain sense of anxiety, wanting to believe you will get over it while still being very much stuck in a stage of anger, resignation and sadness.

The harmonies have an almost careful, fragile tone to them. It only serves to highlight the duality of mixed feelings and trying to convince yourself that your feelings are justified – and more importantly, they will pass. Even though the ultimate question, “I’m gonna be okay, right?” remains unanswered in the song, the upbeat feel of the song convinces the listener that the reply is most definitely an all-resounding ‘yes’.