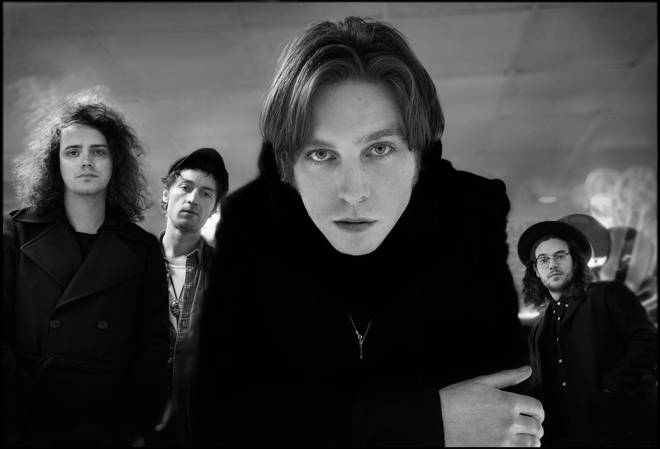 Catfish and the Bottlemen – The Balance

People who say they were fans of bands before they were big are totally annoying. But I really did like Catfish and the Bottlemen before they were popular. I went to see them at a tiny venue in Southampton before the release of the first album: it was amazing, of course. There were about 50 people there – all going mental – and the band hung around at the end chatting to everyone. I was extremely into them. I’ve taken every opportunity to see them since. I sang along every time when radio stations were playing “Kathleen” over and over again. I remember the day “Soundtrack” dropped. The very first thing I did that morning was download and play the track in bed. So, as a pretty loyal Catfish and the Bottlemen fan, here’s why I didn’t download their latest album, The Balance.

When Catfish and the Bottlemen announced their May tour, like other fans, I was READY for some new music from the band. Upon hearing “Longshot,” the first release from The Balance I was immediately hooked by the pulsing intro: very catchy and very Catfish. “Fluctuate” followed with a satisfyingly raucous chorus and the anticipation for the new album continued to build. “2all” came next with lyrics seeming to thank everyone who has supported the band: “I give my love to all/All the ones who stuck around/The ones I counted on.” While the tune itself is another triumph, the lyrics left a bit of a bad taste. When compared to their promotion of The Balcony, there has been a relative radio silence from their band, leaving some fans feeling like they have been forgotten, after a lack of social media interaction and publicity from band members.

In 2019, fans expect updates from their favourite artists – big or small. There was a time when CATB would respond to most comments or interactions on their channels, liking tweets and shouting people out in blurry Instagram videos. Their social channels have since become decidedly more corporate, with the actual content clearly no longer provided by the band themselves. Of course, it would be pretty impossible for artists to reply to everyone as they grow their audience, but there is a sense of the band’s audience feeling unacknowledged when Catfish and the Bottlemen were once so engaged with their fans.

From someone who pre-ordered The Balcony and The Ride, it would be expected that The Balance would have had the same treatment. I even surprised myself that on the day of release (it was pre-payday, to be fair), I felt a bit meh. Did anyone care if I downloaded the album? I hadn’t heard anything from the lads themselves. If I downloaded it I could post a screenshot on my Instagram Story or Twitter with a funny little message, but odds were that no-one would reply or like it. Still, now, I haven’t parted with my cash to buy the album, just streamed it instead.

Renowned for their all-killer-no-filler album tracks, (“Business”, “Oxygen”, anyone?) I had high hopes for the songs that weren’t destined to be singles on The Balance. “Basically” – the 7th track on the album – stands out from the rest, with its quick lyrics and electric chorus. The 10th track “Coincide” packs and punch, while 11th track “Overlap” is a little softer and plays with switching up the pace throughout. “Mission” feels like another potential single with a defined beat and emotional build.

The Balance is unquestionably another solid album of indie anthems from Catfish and the Bottlemen. Will it be another album that you can play from start to finish without skipping? Not yet, but give it the summer and we’ll see.