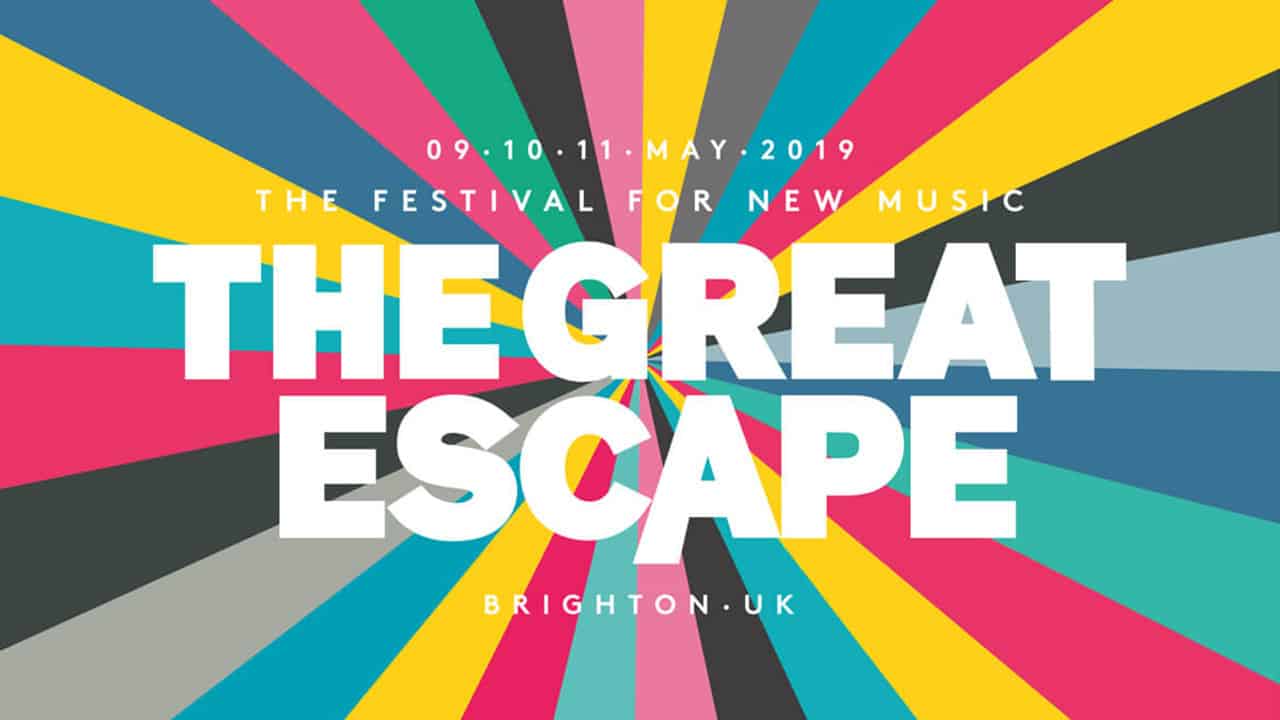 The Great Escape: 10 Acts We Loved

Brighton in May is a force to be reckoned with. The weather is not freezing, the beach stays light until at least 9pm, The Fringe has brought Spiegeltent and The Warren to its green spaces, and for one weekend, The Great Escape plants itself in London-by-sea to showcase hundreds of new exciting acts.

It’s known to be the festival for new music, but among those who work in the industry, it’s also slightly infamous as being exclusively for them too. For the month before it starts my inbox becomes littered with PR’s asking to ‘grab a drink’ (no disrespect, keep the offers coming.) Alongside half-hour sets are conferences and networking opportunities. The cobbled paths of the Lanes become awash with glaringly yellow lanyards – the sign of an industry head – hoping to scout the next big thing or touch base with the person who could give them their next promotion. On the negative side, it means crowds can be filled with denim jacket and sunglasses wearing cool guys in their thirties doing the dad head bob with one pint of beer, for fear of showing too much feeling and seeming ‘unprofessional’ – even though their passion for the music is what got them there in the first place.

That being said, it also means everyone there does really care. Alongside so-called delegates are fans of music who are desperate to catch as much as they can, as well as Brighton kids and adults who use their proximity to such a wealth of new talent wisely and buy wristbands in the off chance they’ll stumble into something great. The music itself is also infinitely better. Artists always play on time and apart from maybe one or two instances the sound is always on point. Of course, the crowd would know if it wasn’t.

Over the course of the weekend, I saw more half-hour sets I can remember, some good, some great, some in need of practice. In the spirit of The Great Escape, here are EUPHORIA’s top ten. Some up-and-coming, some more established, but all recommended by us.

Hailing from Wales but based in South East London, Marged’s mixture of raw vocal talent, vibey R’n’B beats and hilarious, confident stage presence make her instantly loveable. Performing at the Insecure set as part of The Great Escape lates, she captivated the audience with ‘Intro’, the beginning of her newest EP You Are Not A God, self-described as a love letter to her drug dealer. Her music is the new school of R’n’B with a bit of Garage creeping in on newer tracks. Featuring production from collaborator and close friend Sakima, her music is made of carefully built melodies sat on top of electronic beats and piano riffs,  her vocal talent mirroring the level of Destiny’s Child and TLC we associated with the genre in the noughties. In between songs she made the audience laugh with her brutal honesty. She’s not just a voice, she’s the whole package.

Listen to: My Space (featuring Sakima)

London and Jazz are two things that are going incredibly well together at the moment, and Quiet Man is by no means an exception to that rule. Classicly trained and brought up in a musical household, Quiet Man is a beautiful, eclectic mishmash of influence, taste and performance. A collaboration with acclaimed producer Courage, the partnership has birthed a groovy jazz-drenched baby. Performing with a full band, as well as collaborators and soulful singer MADDY and co-From Concentrate mate Joy Anonymous, the live show is just as good if not better than the small amount you can find recorded. Currently keen on playing whatever small, shitty pubs they can find and gracing festival lineups all summer if you get the chance to see them live, you won’t be disappointed.

You’ll love if you like: Alfa Mist, Bakar, Elli Ingram

Those with their ear to the ground with the exciting growth of grime and Hip Hop will already be firm fans of this name. Energetic, loud and consciously rhythmic rap, this South London Emcee has been slowly gathering a following that shot up with the release of her Colors show performance of bands. Catching her was my one must for the Thursday, and it did no dissapoint. Managing to turn a crowd of head boppers into jumping moshers, she created an energy in the room. Humbly of time, making sure not to go over her allotted allowance which would give way to Little Simz, she performed her tracks with the precision and ease not always found in Hip Hop artists. Basically, if you don’t know her name yet, you will.

You’ll love if you like: Little Simz, Octavian, Kojey Radical

One of the bigger acts on the list, they’re still surprisingly relatively unknown in the grand scheme of things. Electronic chilled out instrumental tracks with a powerhouse of a female vocal. Finding what seems like overnight success with the release of their new album, they’ve been a cult favourite for a while. Owning the small stage of Coalition, which is usually a dingy nightclub frequented by barely over 18s, they turned the space into their own, inviting the audience into the magic they make in the form of music. Listening to the intricate levels of lyrics and beats, their brand could quite easily be described as headphone music, and it can be painfully hard to translate those delicate levels of sound to a live room, but they manage spectacularly. Instruments upon instruments and sound upon sound, they really whisk you away from the venue and into the music itself. And that’s hard to come by.

You’ll love if you like: Maribou State, Bonobo, Bon Iver.

Listen to: The Big Unknown

I’d never heard of this Aussie duo before rocking up to see them but their Great Escape bio described them as one of the hottest acts in music and the queue outside their tent seemed to confirm it. High energy pop, punchy lyrics, electric riffs and, obviously – confidence all rolled into a dancing duo. There’s really no way to explain them – their Spotify doesn’t even try. I suggest you give it a go for yourself.

Named after two poems, yet hard to grasp, this ethereal band’s live presence and relaxed vibey sound made it worth trekking to the end of the palace pier in the drizzle whilst hungover. Having no idea what to expect when I rocked up, this band were my 100% wild card. Their bio sounded interesting, yet incredibly non-descriptive of their music, so I went for it. A mixture of melodic guitar, electronic sounds and enchanting vocals, they also didn’t fail to grip you with the element of surprise, pulling other instruments such as violins out of nowhere and adding to the sound reverberating around the bar propped up on wood above the sea. A bit folky, a bit indie, a bit electronic, they cover all bases. Hopefully, you stumble onto loving them too.

Part of the Aussie BBQ that took over the Beach stage on the Saturday, Kaiit is a soulful, jazz-inspired singer and occasional emcee that is a breath of fresh air into the saturated over-produced genre. Signed to Erykah Badu’s label, the 19-year-old is the modern-day version. Performing with a full band, backing singer and multiple guitars included, she let the crowd in to love her with her voice, her style and her warm stage presence.

You’ll love if you like: Erykah Badu, Mahalia, IAMDDB

Based in London, but with a multi-cultural background that is as difficult to define as her sound, Shunaji is a mixture of delicious sounds. Both a soul singer and rapper, her music is an exploration of jazz, blues and trip-hop. Although her live sound needs a bit of perfecting when it comes to the engineering of switching from singing to rap (some harmonies wouldn’t go amiss) she and her band were a force of talent. Their collective energy felt like being in the basement of a New York City jazz club when really it was the Queens Hotel on Brighton Seafront. Many were there to shelter from the rain, but having done so fell down the rabbit hole into wonderland. I can’t wait to see where she goes.

You’ll Love if you like: Chance the Rapper, Lauryn Hill, Lizzo

Listen to: Red Honey (with Amahla)

These guys have shot out of nowhere with one song, and I knew I needed to see them. Hailing from Cambridge, you’d be surprised considering their lead ‘singer’ speaks with an over exaggerated American accent. It’s hard to tell if they’re serious or not, but you’re also really not sure you mind. A bit pop-punk, a bit experimental jazz, they’re weirdly beloved. Not to be passed up.

You’ll love if you like: Blink 182, Primal Scream, Squid

Listen to: Athen’s, France (it’s the only thing you can)

I ended my TGE adventure with punk, indie rock-jazz fusion pioneers Fat White Family. Made up of talented pretty boys with funky hairstyles, the band are stronger than ever after the release of their new album and kicked off their run of festivals with a headline slot. It’s hard to believe not too long ago they were couch surfing and dubious of their success, but a packed out tent and queue camped outside desperate to get a glimpse, they seem to have found their feet. Barely pausing for breath, they lead the crowd with them into their psyched out minds. The perfect ending to a perfect weekend.

You’ll love if you like: IDLES, Slaves, The Doors

Listen to: Tastes good with the money