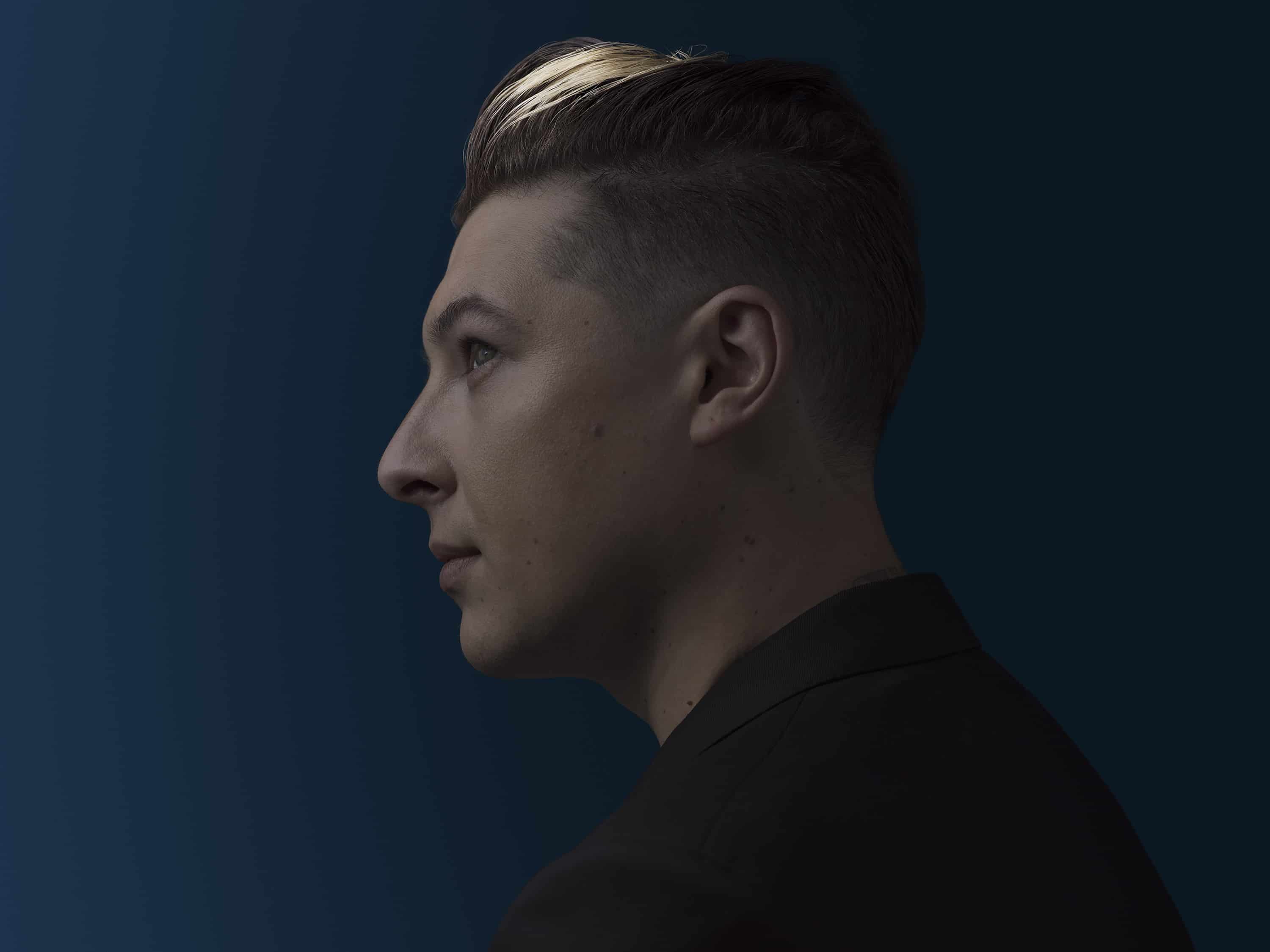 Tell me about your new single, “Feelings”. Where did the inspiration for the song come from?

The inspiration for the song actually came from somewhere really simple. I wanted it to be like star signs where anybody can relate to them because they’re quite varied. When I went into the studio in Sweden I had quite a simple concept in mind from my relationship, but it’s funny throughout the journey of songs that when you leave it quite simple for people to relate to, you actually end up relating to it yourself in a different way. And throughout the past three years I wish that I could say that I was successful enough to take a break and go and tour through the likes of Africa and Japan and everything like that, finding myself, but I didn’t, I’ve been banging my head against the wall and that’s really difficult and puts a lot of pressure on you, because then I’ve related to this song in a different way because of the pressures and how people don’t give you the reactions that you want to the music you write and stuff like that, and the frustrations of it.

How do you want people to feel when they listen to “Feelings”?

What’s the first thing you do when you know you want to write a song?

Often when I write songs I’ll get them in the most obscure moments and the music will naturally just come to me and then it’s about going to the studio to make that up after, like for example ‘Never Let You Go’ with Kygo I just came up with in my head when I was just walking around a Swedish town with my wife. ‘Blame’ I made on my little laptop when I was away for Christmas coz it just came to my head and then the funny thing about that is that for like 6 months it had the worst recording of my vocal on it coz I did it through my laptop, that Calvin was working on this big glamorous production on. So yeah they normally just come to my head.


How does it feel releasing this single compared to some of your first releases? Is there more pressure?

There’s definitely more pressure releasing singles now because I feel like there’s a lot more competition in terms of in my lane. I feel like there’s a lot of male artists that are releasing songs at the moment, whereas when I started releasing music I feel like there was a clear path, but that’s fine, but yeah I mean I think it’s about going through stepping stones and building up to that level of success again. And also the main thing is to appreciate the success that I’ve had where I maybe didn’t before, maybe it was just a walk in the park and I was like oop I’ve just farted out another number 1.

Do you write songs with a message in mind?

Yeah of course, it’s really important to bring it from an emotional place. I wouldn’t be able to perform the songs without it having an emotional attachment. So the message for me is my therapy, it’s my psychiatrist.


What song was your first dance to at your wedding? Why?

We actually did a medley of songs including the tune from Magic Mike which I did the worm to, we did Marvin Gaye “Let’s Get It On” and we actually had my friend sing “Run To You” by Whitney Houston to start it.


How does it feel knowing that your music has had 4 billion streams?

I mean, it is a calculated theory of formula to put together to be able to boast about it but if I’m gonna be realistic and humble and grounded about it, I think it’s important to look at the amount of streams that you’re getting daily and monthly, and growing on that to get that to 4 billion daily would be nice.


What’s been the highlight of your career so far?

Probably closing Coachella on the Sunday night after Rihanna had just been on the stage singing “Blame”, that was a really special moment. I mean 3 number ones is pretty exciting and also being able to buy my mum a house was probably linked to being one of the greatest career moments of my life.


What’s the most exciting thing you have coming up?


Has a fan ever done anything really unexpected?

Once I did a festival in Switzerland and when I came off basically I went back to my dressing room, opened the door and there was a woman there with ripped clothes, exposing parts, and muddy legs and bleeding feet, and it’s basically because she’d managed to escape security, jumped over the security fences and managed to get in my dressing room and I kind of said, “Go on then, what do you want to say after all this,” and she didn’t know what to say after all that, so it was a bit of a waste of time really.