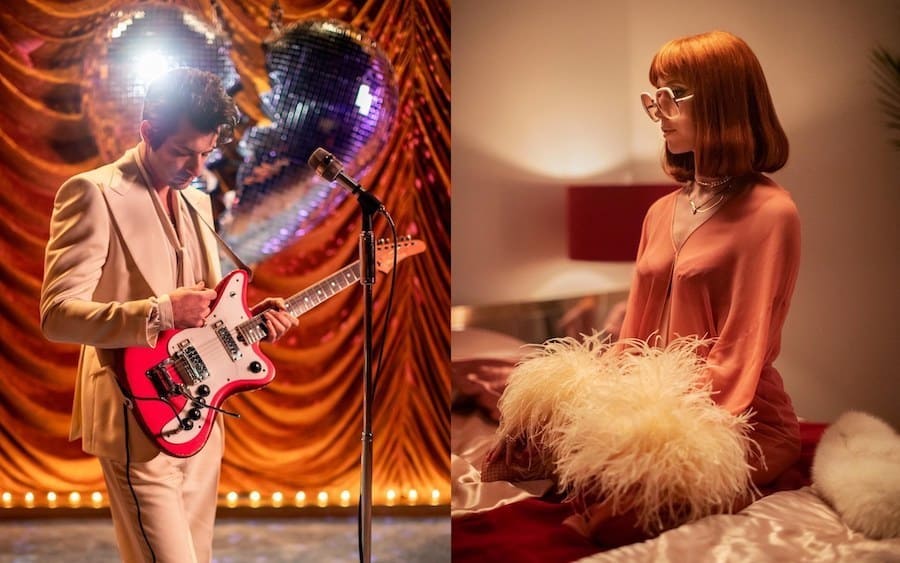 As if Mark Ronson – Academy, Grammy and Golden Globe-winning artist and producer – hasn’t already given us enough (what with the Miley Cyrus comeback, the whole era of “Shallow” and Gaga, his collaboration with Silk City) he’s also given us a music video that preludes an album. Ronson revealed the video for the title track of his new album Late Night Feelings featuring Lykke Li and a voice that will echo through your head for the rest of the week.

I want to say that Mark is about to hand us an album of sultry, sexy, disco-esque ballads. And it all starts here, in this “Late Night Feelings” video, with Ronson in a white tux singing into a microphone on an antenna television while Lykke is all of us–rolling around on a plush red fur carpet in a wig.

The song reverberates a vibrant and steady beat from start to end that begins with the first sound of Lykke’s voice hitting your ears. The music video opens to the camera following Lykke sitting up in the tub and moving throughout her bathroom. She swipes away the fog on her bathroom mirror and caresses the black and white photo of Mark Ronson hanging next to it. Sitting on the bathroom counter, drinking wine, she sings to Mark’s photograph and brings us to the chorus as she dances into her blow-dryer in a way that is both fabulous and hypnotic.

Lykke dances into the mirror with her reflection to the sound of her own voice. She spins and moves, leading us down a Hall of Mark, caressing and touching each framed photograph as she builds toward the chorus again.

The chorus hits in a hauntingly electric way as Lykke gazes at Ronson on the television, in a white tux with one brown curl bouncing on his forehead. Subtly soulful, the chorus echoes as Lykke rolls around for a little longer on the plush red carpet until the song and tempo slow. Lykke slows the verse down, adding soul and also sadness as the lights dim before the tempo picks back up, and the song cycles on repeat to the end.

The video captures the essence of the song, as Mark describes the album as a collection of “sad bangers.”