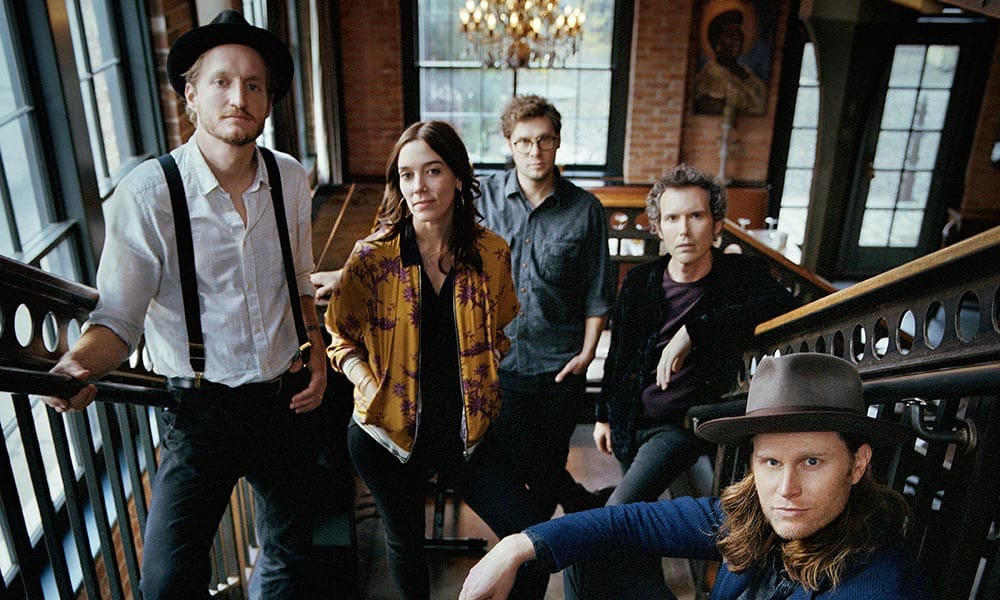 Continuing their theme of releasing singles titled after women’s names, The Lumineers have released new single “Gloria”, off their upcoming and hotly-anticipated third album III, which is due for release this September on the legendary Decca Records.

While the band first made their mark with the inescapable anthem “Ho Hey”, their subsequent material continued to enthral with emotive, introspective lyricism and sonically stunning Americana-inspired production. Much like with their previous releases, on “Gloria” Wesley Schultz’s resonant vocal performance is immediately charming and intimately familiar. With “Gloria”, The Lumineers seemingly effortlessly incorporate a sense of togetherness and unity in an awe-inspiringly astonishing way that feels absorbingly affecting.

While the track is energised with forceful spirited stamina, the lyricism is rooted in a much darker sentiment as they tell the harrowing story of how alcohol addiction is wreaking destructive havoc on every aspect of her life. The band’s knack for expertly interweaving elated delight with the dauntingly distressing is arguably one of the many reasons behind their tremendous, record-breaking success.

In support of their third studio album, III, due to be released on 13th September, the band are touring globally with dates Europe, America and the UK. Having sold over 300,000 tickets on 2017’s Cleopatra World Tour, The Lumineers are no stranger to enthralling colossal crowds with their riveting live show. As part of their upcoming tour, the band will descend upon three UK arenas, including London’s iconic O2 Arena and Dublin’s 3Arena.