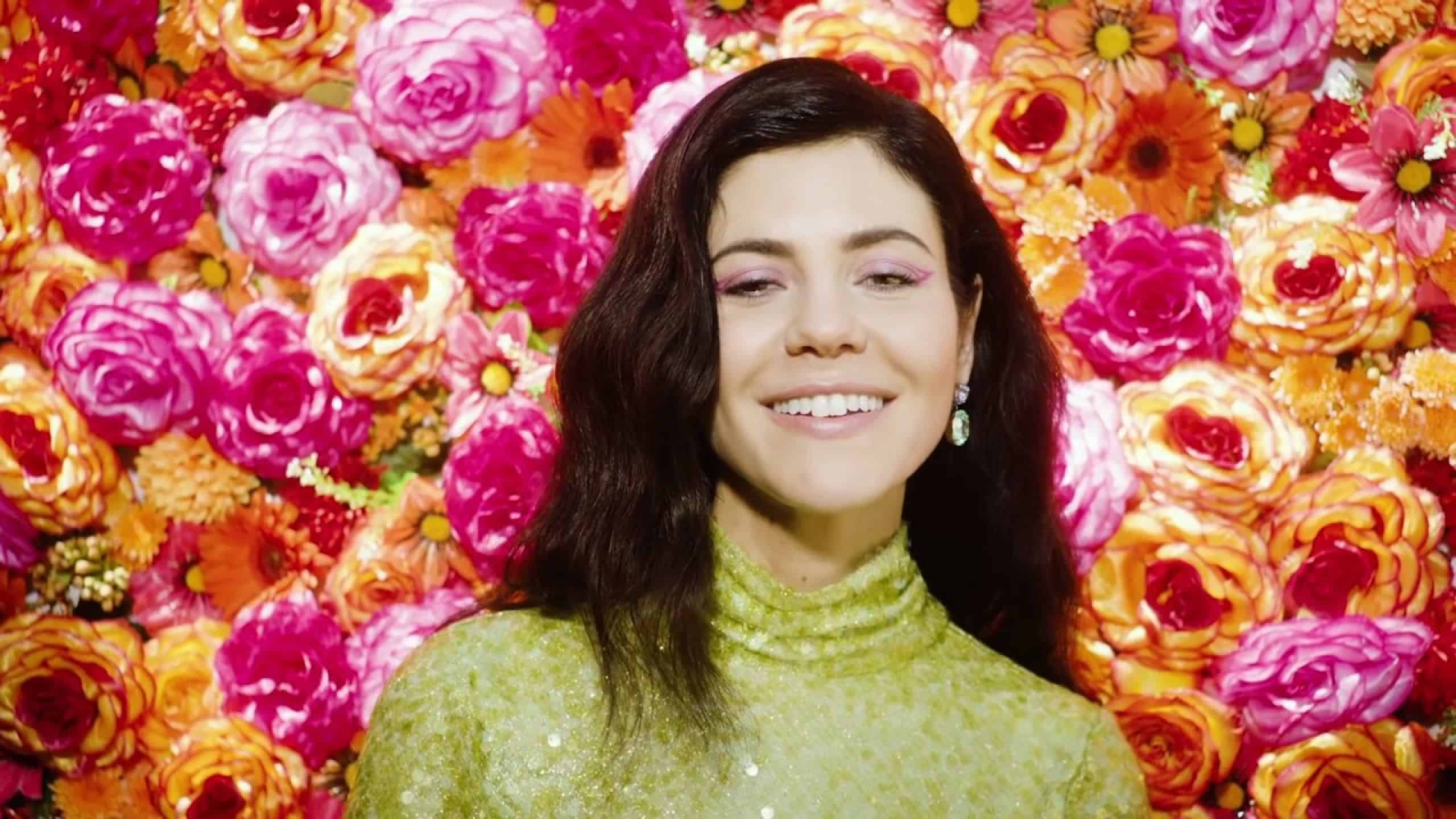 If there’s an artist that isn’t afraid to change things up for every album cycle, it’s Marina. It’s been four years since she released Froot, but only a couple of months since she announced she was dropping the ‘& the Diamonds’ from her stage name. Her transition from Electra Heart to Froot was one thing, but this oncoming era seems to be something else entirely yet again. Perhaps the unexpected is the only thing we should expect from her.

New single “Orange Trees” proves that once again. The third single off of her new album Love + Fear showcases a more stripped down, tropical sound. This is particularly fitting, as she wrote the song about the Greek island she’s from. Marina explained in a comment on the YouTube music video: “I wrote “Orange Trees” about the island that my family and I are from in Greece. It’s called Lefkada and it’s my favourite place in the world… I always feel at peace there. It’s like my body/ biology recognises I’m back home. Hope this song makes your summer sweeter than ever.🍊Love – M.”

The close-ups of Marina in the video only serve to emphasise that this is her story, her identity, her roots, her inner happiness. The footage focuses on Marina spending time with her friends, hanging out by the pool and the sea – all with a warm, orange lit filter to fit the theme of the track. It kind of makes you want to book a tropical holiday to the Mediterranean, lie down in a hammock, sipping from a cocktail as you listen to the song on repeat.

Funnily enough, while the video does send out a very peaceful holiday vibe, it wasn’t actually shot on Lefkada. Due to scheduling issues, Marina had to settle for filming the video in Mexico instead. It’s too bad that we don’t get to see the actual orange trees Marina pays homage to in the lyrics. Nevertheless, the video still manages to evoke that warm feeling of summer, nostalgia and being carefree. It takes you back to your own happy holidays.

While the calendar might say spring’s only just begun, Marina’s “Orange Trees” will definitely convince you that summer is actually right around the corner – check it out below: