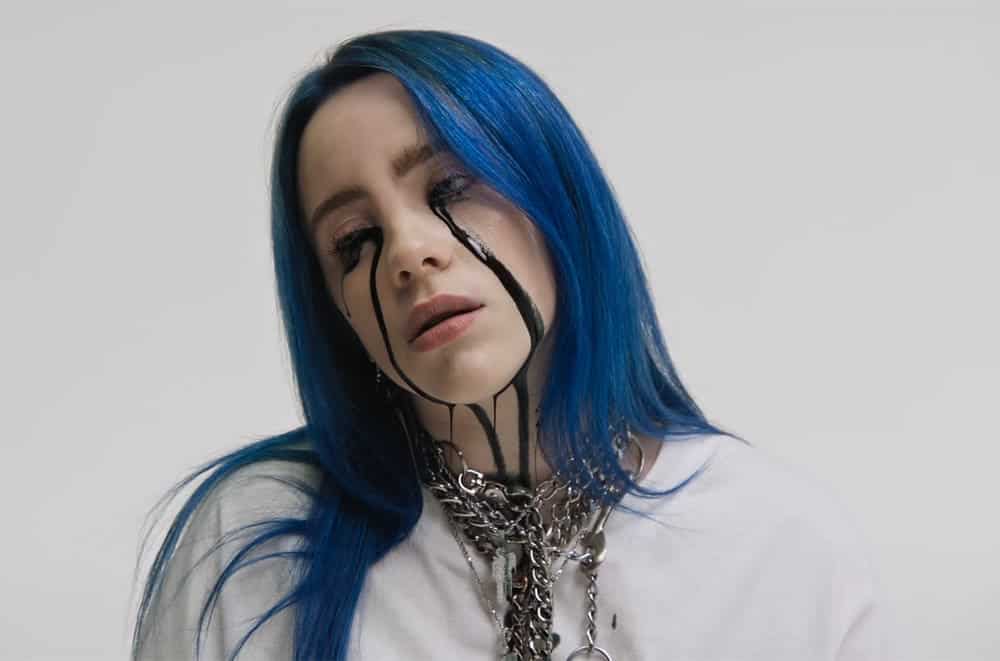 Billie Eilish – When We Fall Asleep, Where Do We Go?

It’s only April, but Billie Eilish’ debut album was perhaps the most anticipated album of 2019. With her own unique take on pop music, she’s managed to crawl under everyone’s skin with hits like “Bellyache”, “Lovely”, and “You Should See Me In A Crown”. She even broke the record for the highest amount of pre-saves on Apple Music with her first collection of songs titled When We All Fall Asleep, Where Do We Go?

The album is an experience from beginning to ending – exactly as Eilish intended it to be. It opens with a short 14-second clip of her taking out her Invisalign, as she announces that “this is the album.”

“Bad Guy” is the first actual song and it immediately has you bopping your head to the sweeping bass-heavy beat. It sees Eilish playfully question whether a guy really is all that tough, and instead posits that she is the bad guy herself. The bridge and outro switch to a more conversational rhythm, almost as if Eilish is speaking rather than singing.

It’s characteristic of Eilish that she provides quirky, unconventional outlooks on feelings and life stories. Whispering that she is the ‘bad guy’ has something unusually gleeful and mischievous about it, and it leaves you feeling a little bit uneasy. Similarly, “You Should See Me In A Crown” emphasises the powerful feeling of vindication – knowing you can bring someone else to their knees, silence them.

Eilish is known for her use of breathiness and quiet singing while incorporating darker elements into pop songs both lyrically and musically. Throughout the 14 tracks, you can hear the influence of trap music which helps create the heavy, atmospheric background beats. As such, it’s incredibly impressive that the production manages to balance this out properly and allow Billie’s quiet voice to shine. Even in “My Strange Addiction”, that also samples dialogue from The Office, a show that Eilish is addicted to herself, the focus remains on her emotionality in the lyrics.

Another song where her unconventional approach to making songs shine through is “bury a friend”, which includes the name of the album in its lyrics. The song takes the perspective of the monster under your bed, in a sense personifying the demons we might have in our own lives.

The album also features some simpler productions, such as the song “Xanny”. It relies mostly on just her acapella vocals, aside from deliberate distortion in the chorus. Consequently, the track gets an off-kilter feel to it, which fits the song’s subject matter as she sings about the effects of irresponsible drug use. A lot of celebrities struggle with self-medication at one point in their lives, and Billie herself has lost friends to drug abuse.

In “All The Good Girls Go To Hell” Eilish puts a twist on many Christian religious symbols, referencing Peter and the Pearly Gates of Heaven on multiple occasions. It’s playful and sonically holds a certain innocence to it, even though the lyrics are rather damning. People who want to change the world will not wait for God to save them, and as such will probably end up in hell – surrounded by their friends. No one is perfect, after all – “even God herself has enemies”.

While some might find that a controversial song bordering on Satanism, the track that stirred things up the most was “Wish You Were Gay”. In the slow-tempo single, Eilish admits to wanting to save her own pride by explaining away the boy’s disinterest as him being gay. The lead-up to the single as well as some comments made afterwards led to accusations of queerbaiting as well as latent homophobia. She’s since said it wasn’t meant to be offensive or insulting. The criticism is certainly valid, however, Eilish is also just a 17 year old girl. She will still need to learn when personal fantasies and storytelling start to encroach upon other people’s realities. She has to figure out what stories and experiences are appropriate for public consumption, and which ones aren’t.

It’s easy to forget that she still has to grow and mature when she is also capable of making incredibly self-aware, introspective tracks like “When The Party’s Over”, “8” and “Ilomilo”. There’s something beautiful in allowing ourselves to fully experience emotions of sadness, yearning, loneliness, vulnerability and defeat through song.

Nevertheless, there’s also something slightly uncomfortable and heart-breaking in being confronted with humanity’s own shortcomings in life and love. The final three songs on the album “Listen, Before I Go”, “I Love You”, “Goodbye” seem to be a final salute of love by someone who is either planning to leave, or is bereaved themselves.

These slow songs that are so heavily laden with emotion form the perfect end to the album, putting Billie’s voice firmly in the limelight. The album’s concept as a whole seems to be very much centred around asking ourselves these uncomfortable questions about our feelings and fears. While that might not be for everyone, Billie Eilish – aided by her brother – certainly excels in what she does.