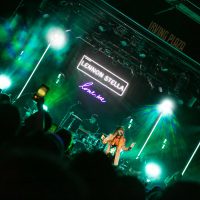 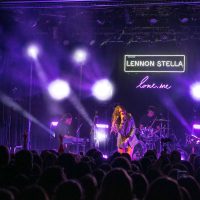 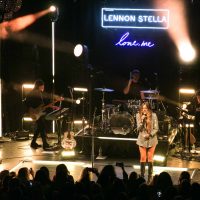 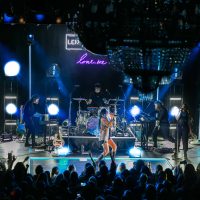 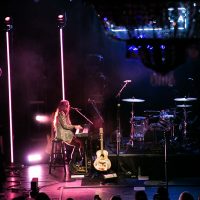 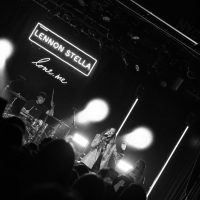 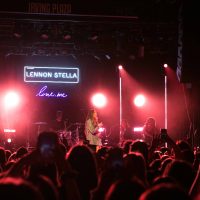 2018 was a breakthrough year for Lennon Stella. Aside from releasing her freshman EP “Love, Me,” she collaborated with the likes of Liam Payne, Jonas Blue, and had a chart-topping single “La Di Da.” The ex-Nashville star gained momentum early in her career after she and her sister, Maisy, covered Robyn’s “Call Your Girlfriend,” quickly turning into a viral sensation. Amid so much buzz, Lennon embarked on a 2019 tour with support from Valley, making a stop at Irving Plaza in New York City.

Lennon opened the set with a flawless performance of “Like Everybody Else”, a track that truly showcases the depth of her lyrics as well as the versatility of her voice. Lennon’s style of singing is truly unique – even a one-time listener would be able to recognize her vocals featured on another artist’s track. They have a raw quality to them that few other artists can mimic. They border on raspy at times, yet never feel out of control – instead, they feel vulnerable and full of emotion. It’s because of these qualities that Lennon’s live performance had high stakes–could such a beautiful singing style be reproduced in a live setting?

The answer is yes. Impressively – yes. Lennon’s live performance made her recorded tracks feel genuine and unedited – these attributes that make her so talented and unique were perfectly replicated from the studio to the stage. Midway through the set Lennon’s band left the stage leaving her to perform acoustically with just a piano for two songs: “Girls Just Want to Have Fun” and “Polaroid.” It was during these two songs that the maturity of Lennon’s music and performance truly shined through. She was able to turn two traditionally dance-centric, upbeat songs into emotional ballads flawlessly and without relying on any theatrics or additional band members to carry her through. In the current music industry, it can feel at times as though artists are overproduced and rely so heavily on theatricality that they lose their artistry. Lennon’s acoustic performances helped her stand out as not only a performer but also a true artist with immense potential.

Lennon closed out the set with an encore performance of “La Di Da,” her 2018 breakout single, to which the crowd sang every word. She could not have chosen a better song to end on, given that the song perfectly takes notes from all of the different sides of her music: it has a dance-worthy chorus, yet vulnerable lyrics, and a tune that you can’t seem to get out of your head. Overall, Lennon Stella’s performance at Irving Plaza was an excellent debut and truly puts her on the map as one to watch in the coming months as she releases more original music.