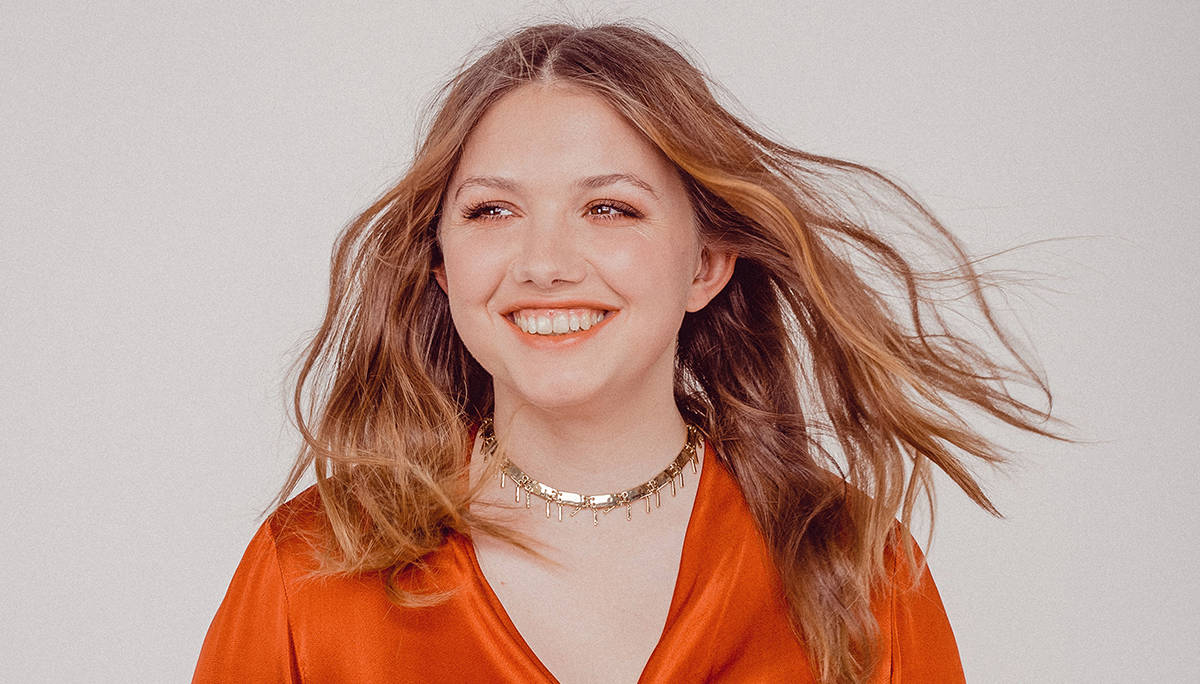 If given to any other actor, the character of Gilly in Game of Thrones would have probably been easily forgettable. It’s hard to devote your attention to and care for characters whose faces aren’t seen on every episode in a show with multiple (and ever-changing) plot lines, dragons, White Walkers, and where a single character has over seven different titles. But Hannah Murray’s Gilly, one of Craster’s many daughters and wives who, after having a son, runs away with Samwell Tarly, is a scene stealer, becoming a source of profound and genuine humanity to the viewers. Watching Gilly’s growth and her discovery of a life of freedom is, albeit not always, comforting for watchers of the show, and creates an enormous sense of empathy between the audience and her character – needless to say, Gilly soon became a fan favorite after her first appearance in season two.

As the world prepares itself to receive Game of Thrones’ eighth and final season, Murray reflects upon her journey as Gilly with satisfaction, happy with the arc her character lived throughout the seasons. While reluctant to discuss Gilly’s outcome to avoid spoilers, Murray says: “I just think that her life has gotten so much richer, and deeper, and more complicated over the seasons, from her starting point in Craster’s Keep, where there was absolutely no joy and no freedom, to where we find her in her relationship with Sam where she’s sort of an equal with him, and they’re partners and raise a child together.” After leaving Gilly behind, Murray says that the biggest gift the character gave her was a renewed and stronger admiration for mothers, saying it’s “an inspiring, beautiful thing to do” and “one of the bravest and most important roles in society for both women and men to be parents.”

Later this spring, Murray will be on the big screen giving life to Leslie van Houten, one of the most infamous members of the Manson family, in Charlie Says, directed by American Psycho’s Mary Harron and starring Doctor Who’s Matt Smith as the cult leader. This year marks the 50th anniversary of the Manson Family murders, and Charlie Says aims to re-tell the story from a largely unknown angle: while many know about Manson and his followers, the world at large doesn’t seem as interested in giving the group individual voices, highlighting their distinct perspectives. Charlie Says is here to offer the public the perspective of the Manson Family’s women, who’ve been mostly ignored up until now.

The last time Murray portrayed a real person on-screen was in Kathryn Bigelow’s 1967 Algiers Motel Killings-based movie Detroit, where she gave life to Julie Hysell, one of the survivors of the incident. During the making of the movie, Murray was privileged enough to have the real Julie on set every day, becoming a real-life research tool for the actors. “She was incredibly open and available and generous with me and I had a really, really strong connection with her, so I felt like I was, in a weird way, channeling stuff from being able to physically and emotionally act like her.”

Given that the real van Houten is in prison awaiting parole and the cast and crew could not contact her for the movie, Murray’s research for van Houten had to be more meticulous. Not only did she not have the privilege of contacting van Houten, but in order to understand the true depths of who Leslie van Houten is and have empathy for the character, Murray needed to avoid “the stuff that was written by people who didn’t know her and were just judging her from a distance.”

“It’s a very strange thing, it’s a very dark role to take on, but it felt like a very important act of empathy to me to understand why someone would end up in that situation,” Murray says about what she focused on while preparing for the role. She ended up relying heavily on texts written by people who knew her, namely John Waters’ essay Leslie van Houten: A Friendship, and the book The Long Prison Journey of Leslie van Houten by Karlene Faith, who is portrayed by Merritt Wever in the movie.

Murray shows deep compassion and care for the characters she chooses to play – “There’s an extent to which I feel like I don’t choose them, they choose me.” When it comes to van Houten, Murray was drawn to the story of the Manson family murders years before even getting the chance of being a part of this story onscreen. “I remember hearing about the Manson story when I was a teenager and thinking ‘They should make a movie about that, and I want to be in it,’ and never thought about that again and obviously ended up being in a movie about it. I had this feeling when I got sent that script that ‘Oh yeah, this is mine’ which I don’t normally feel very often.”

To this day, Murray is remembered for her breakout role as Cassie Ainsworth in Skins, the UK phenomenon which, along with Murray, brought actors like Kaya Scodelario, Daniel Kaluuya, Nicholas Hoult, and Dev Patel into the spotlight. Cassie ended up becoming one of the show’s most memorable and loved characters, and it would have been easy for Murray to ride the wave of fame that came along with the show and never leave the public eye again. But she took an alternative route, choosing to take time off, and attend Cambridge University to study English Literature after leaving Skins.

The degree, she says, has helped her as an actor because of its practical criticism focus, which now allows her to be “able to focus on the minutiae of how [a script] is composed and really, really break it down” much quicker than she used to before. On the less technical end of things, Murray says that “anything that enriches you as a person, enriches you as an artist,” and taking this time to focus on her studies allowed her to have seen her work and life from a broader perspective since she now has friends who went through the same college experience as her, but ended up in a variety of industries.

With a career that spans over a decade, Murray has developed a knack of giving life to women who are going through less than ideal situations: Game of Thrones’ Gilly was one of her father’s many sex slaves until she escaped to save her baby’s life, Cassie in Skins struggled with eating disorders, Leslie van Houten belonged to one of the world’s most infamous, and murderous, cults, and Detroit’s Julie was caught up in the civil rights movement. “Obviously I’m interested in people that are going through something, and are complicated and messy and real,” says Murray of her career so far. What’s coming next for Hannah Murray, though, might not be all that dark: “I want to cover the whole spectrum because I think life is all of that, it’s the joyful moments and the difficult moments and the dark moments, it’s everything. I’d like to step into the light a little bit more if I can.”

Game of Thrones final season begins April 14th and airs exclusively on HBO in the US, and Sky Atlantic and Now TV in the UK. 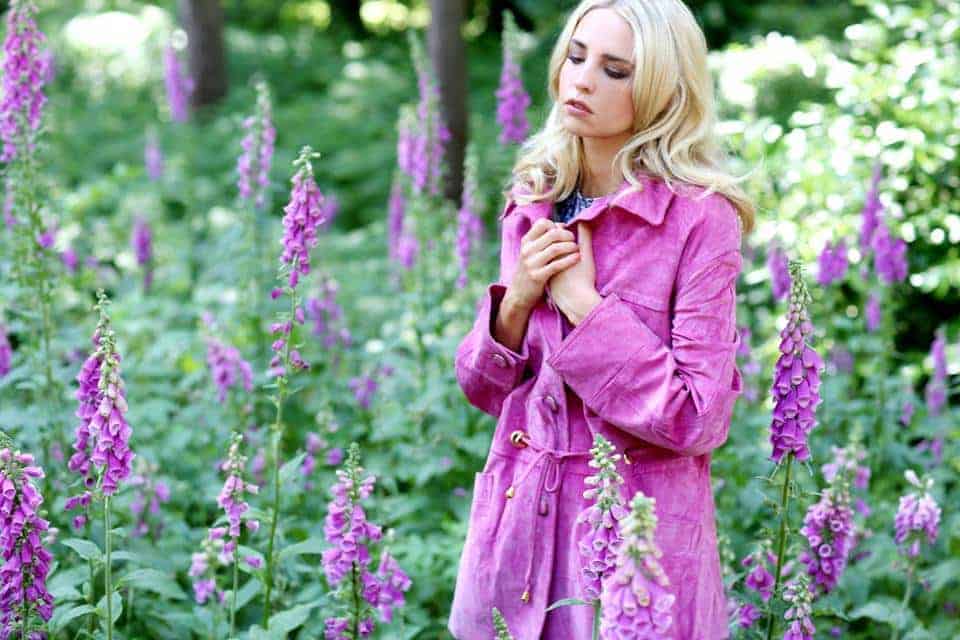