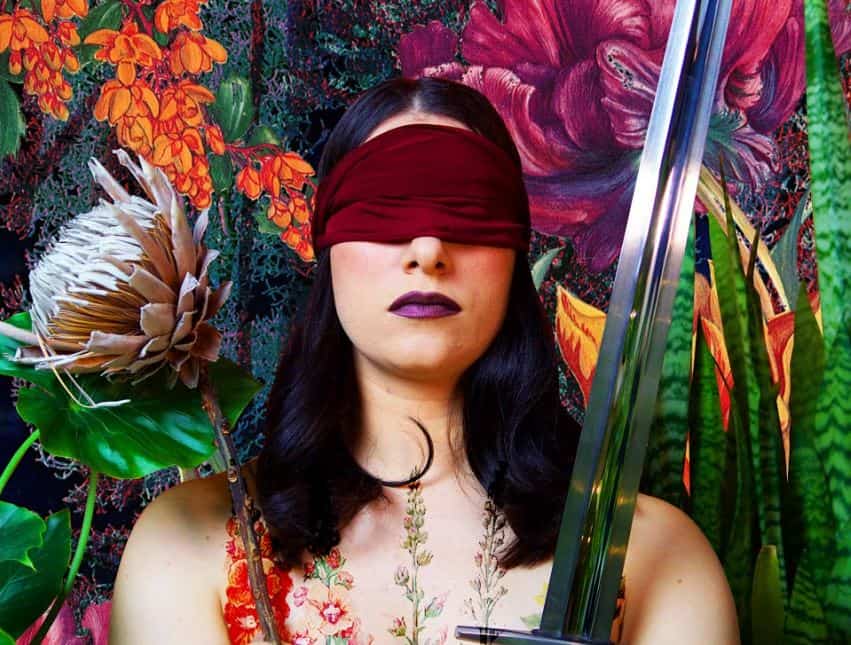 After graduating from the Conservatory of Music at Purchase College in 2013, she dropped a buzzy debut EP that drew acclaim from taste makers such as The Line of Best Fit and Crack in the Road. Her subsequent EP, 2017’s The Peachmixes, spawned the wily single “High School Boys” which was featured on Billboard. Now Madelin is back, humbly serving up more weird pop realness.

Euphoria is pleased to premiere her newest single “DNA” which is off her upcoming seven-song EP, Then Her Head Fell Off, due to drop April 26th. The otherworldly instrumental, which is built on a hypnotic percussive loop, is the perfect canvas for Madelin’s tale of a human soul cast down into an alien environment. Or is the other way around? There is plenty of strange allusions to being subjected to foreign circumstances and Madeline uses this outsider perspective to dig deep into themes of reincarnation and fate.
Madelin said of the single: “DNA is a song about the thread that connects consciousness to humanity. It explores the perspective of a lonely huntress, pondering the existence of others on earth, and compares it to the experience of a modern woman in an overpopulated world who feels insignificant. It’s a song about knowing your soul has existed many times before and will continue to exist in many iterations. When you come back to this earth again, it may not be what you pictured, but you can still find meaning and beauty in the chaos.”
Start typing to see results or hit ESC to close
new music music interviews Interviews interview music video
See all results