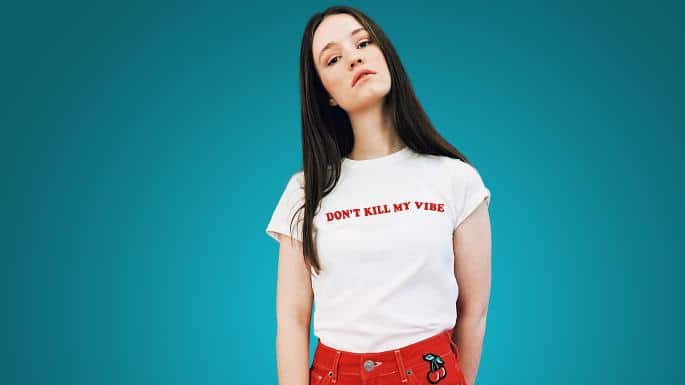 Norwegian singer Sigrid is only 22, but she’s already the world’s most anticipated pop newcomer of the year 2019. Not many artists can say they’ve performed at the Nobel Peace Prize Ceremony prior to even releasing their first long-play album.

Coming off of the success of both “Don’t Kill My Vibe” and “Strangers“, Sigrid was either destined for massive success or massive disappointment with her debut album Sucker Punch. Aside from what critics have been saying, the streaming numbers speak for themselves – with more than 570M streams, Sigrid is a star on the rise.

The polished album opens with title-track “Sucker Punch“, a song that’s the epitome of a sonically perfect pop song. It’s catchy, and there’s something so familiar to the melody that immediately makes you think you’ve heard the song before and liked it. Besides, we’ve probably all had those moments where it’s felt like we were caught off guard by the strength of our feelings and were then terribly afraid to act on them. As relatable as the song is, and having an undeniably strong hook and chorus, the verses don’t show Sigrid (and co-writer Emily Warren) at their best. The lyric “both our hoodies red, you’re in my head” seems a little derivative of Taylor Swift, and doesn’t fit as nicely into the verse as it should. Nevertheless, it’s still got that anthemic pop sound that forms the perfect introduction to her record.

“Mine Right” Now seems like the obvious lyrical progression of “Sucker Punch”. Where she was worried about the strength of her feelings in the opening track, here Sigrid acknowledges that she can’t control where the relationship will go, and it’s better to just live in the moment and enjoy it for what it is. It’s somewhat of a rebellious act nowadays, when going about your day without a worry for tomorrow is something we’re hardly able to do. Still, especially as a young adult, it’s how we should be able to experience life as we grow into our own selves and learn who we are and what or how we want to be. This message is only emphasized by the way in which the sound progresses from thoughtful and calm to heavy drums in the chorus, which give it almost an 80s new wave feel (think Tears For Fears).

The third track “Basic” feels like you’re submerged in an incredibly nice bath made out of dark synth-pop that is reminiscent of Dua Lipa’s usual production. A nice touch is the inclusion of actual voice memos in the song, giving it a little intimate and stripped down landing at the end.

Major single “Strangers” lands at number four on the record and is essentially Sigrid’s own take on Lorde’s “Green Light”. It’s only fitting that the song that comes after expands even more on failed relationships. “Wallowing about it would be such a waste,” she sings on “Don’t Feel Like Crying”. It’s a true testament to Sigrid’s character and style as a songwriter.  The majority of her tracks are upbeat, even when they’re about sad situations.

“Don’t Kill My Vibe” was the single that catapulted her into the public eye. Which is understandable, since it sounds like what I would imagine a Nordic, anthemic synthpop version of Adele to be. It’s a strong statement by a woman in her early twenties, who knows her worth and isn’t afraid to tell someone they’ve got a misplaced sense of authority over her. The theme continues on “Business Dinners”, where she laments the struggle between who the industry would like her to be, and who she wants to be herself.

“Business Dinners” is similar to “Level Up” in its production, which is playful and a little off-kilter. In both cases, the songs form a total change of pace and therefore form a nice mid/end-album break. They’re a bit old-school, almost sound like they could’ve belonged to a Disney Classic film.

However, Sigrid returns to pure bubblegum pop with “Sight Of You”, which honestly might be the strongest album-only track. The use of strings, up-tempo drums make this song’s arrangement the perfect follow-up to Carly Rae Jepsen’s “Call Me Maybe” that never was.

It’s only towards the end of the album that Sigrid seems to feel comfortable enough to share her vulnerable side on “In Vain”. She sounds pained and somewhat desperate, as she showcases the underlying raspy tone to her voice. The ending transforms the song last-minute into a proper power synth-pop ballad.

“Never Mine” doesn’t really match the toned down, introspective feel of “In Vain”. Instead, it’s a punchy song that reminds me of Nick Jonas’ “Under You”. It’s perhaps the most predictable of all the songs on her album, but maybe that’s also because the standard of her other songs is ridiculously high.

Sucker Punch ends on a stripped down piano ballad. “Dynamite” forms an incredibly interesting contrast to the opening song, exactly because it’s so wistful. There are things – people that she misses out on, because of her choice in career. Her ambition, passion and drive will bring her far, but she’s aware it’ll come with consequences. It’s a beautiful introspective note that provides just a little bit more depth to who Sigrid is.

And one thing’s for sure, Sigrid’s defiant, contemporary pop definitely is explosive and thrilling – in the best way possible.